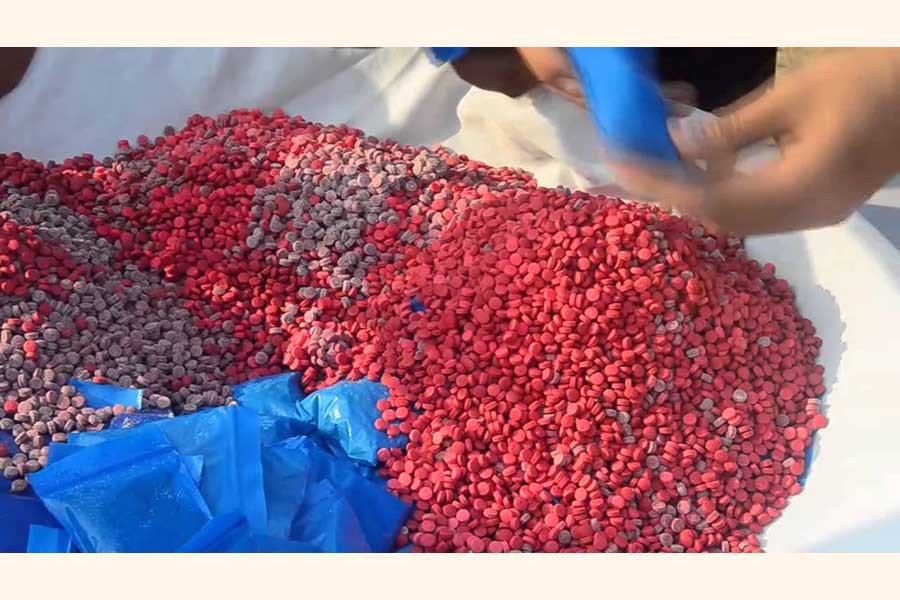 YABA is known as the madness drug. It is a dangerous and highly addictive stimulant that takes a serious toll on human body. Most of the world's yaba is manufactured in Myanmar. It first gained widespread popularity in Thailand. Today, yaba addiction is assuming ominous proportions in Bangladesh.

The immediate effects of taking yaba are similar to those of any stimulant like initial feeling of a sense of euphoria which is followed by increased energy and alertness. The combination of these sensations could be considered to be the 'pleasurable' or 'desirable' effects of using yaba, but they come at a substantial price. Notably, yaba is metabolised more slowly than cocaine and some other stimulants which means that the immediate effects are likely to last longer.

A sizeable portion of youths in Bangladesh is addicted to yaba. Particularly university level students are allured by this deadly habit at the influence of their friends. They start by smoking and gradually give in to the death trap of a lethal addiction. They tend to think that Yaba is everything in their life and all other things should be forsaken. Despite repeated warnings by friends and well wishers, they refuse to come out of it and slowly but certainly fall into the clutches of death.

Yaba is a drug in tablet form and it is most often red in colour. Those who take it most commonly smoke the drug, though it can be ingested orally or crushed and snorted. More youths will fall into the yaba trap, unless its flow from outside sources is checked. Ours is s a country of immense potential and all our potentials will be destroyed if yaba spreads its tentacles.