Safeguarding the benefits of Taka depreciation 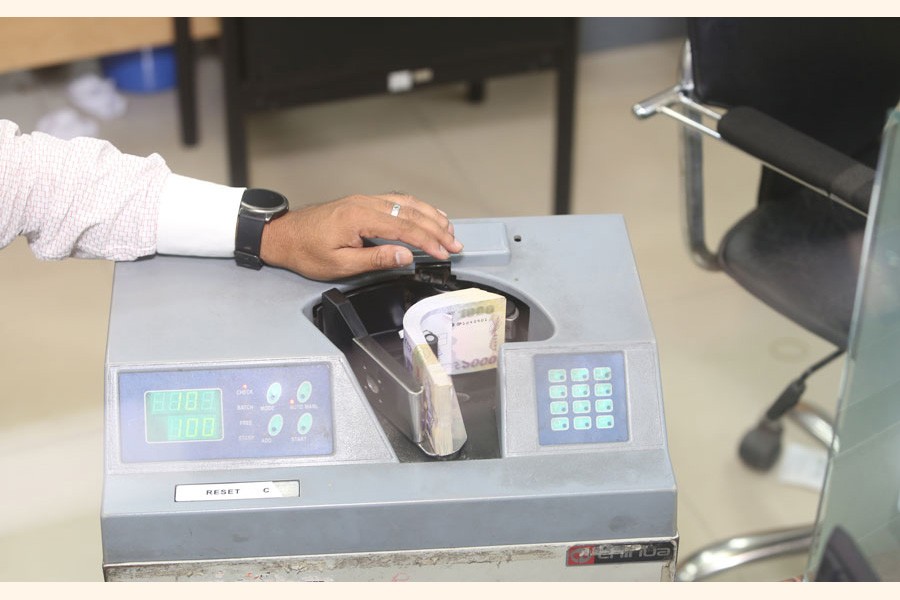 Foreign currency notes are a part of foreign exchange market but their representation is very insignificant. Accounting entries for inward receipts and outward payments are factors in foreign exchange market. This plays a role under which inward receipts inject incremental Taka in local market. On the other hand, outward payments lead Taka to depart from market. But the situation can be salvaged if credit entries are available in banks abroad where domestic banks maintain accounts.

Exchange rate of Bangladesh Taka was declared floating in May of 2003. It is time to celebrate 20th year of floating exchange rate framework. The system does not require direction from central banks to the market. But real floating exchange rate is rarely operational globally for containing arranged games by foreign exchange traders. In line with the concept, the central bank of Bangladesh dictates market with necessary intervention. There are different rates for foreign currency available-- buying rate by banks against export receipts and inward remittances, selling rate for import payments and outward remittances. In addition, there is another rate known as wholesale rate traded in interbank transactions. Central bank is reported to dictate rates for import payments known as BC selling and interbank rate. Of late, central bank reset BC selling rate to 87.60 Taka from 86.75 Taka. Interbank rate was set at 87.50 Taka from 86.70. These rates are for transactions in US dollar.

Dictated exchange rate for import payments is applicable provided that interbank rate works. Inside information indicates that interbank transactions are hardly executed by the prescribed rate. Importers do not get foreign currency at the set BC selling rates. Then at what rate importers are buying foreign currency is a question. Business insiders say importers need to arrange foreign currency at higher rates from banks other than designated banks. Around Taka 100 is reported to have been sold for each US dollar for import payments very recently. This way of transactions is termed in the market as 'corporate deal'.

There are different thoughts of schools - favouring or disfavouring depreciation of exchange rate, tug of war between beneficiaries and non-beneficiaries will continue. Whatever the ideal situation is, exchange rate is the only suitable tool for competitiveness in global markets for countries like us depending on import contents for export trade and different other imports including consumerables. Payments for imports need foreign currency for which external resilience is inevitable.

Presently export trade is supported by different fiscal and monetary benefits such as cash incentive, low cost financing, rebated tax, etc. On graduation from LDC status, export trade will not be entitled to have such benefits. Benefits from exchange rate will be the alternative to existing benefits for sustainability of export trade in the forthcoming days. The present trend of Taka depreciation is an indication for preparedness to face future challenges.

As the given situation of supply chain shocks due to Covid-19 and invasion on Ukraine by Russia, price level of fuel changes all import prices resulting in pressure from import payments, export receipts and wage remittances face challenges to cope up with upward needs. In spite of market in liquidity, there is a mismatch which automatically sets to increase the price of foreign currency. The gap between dictated rate and market rate is around 10 Taka. The dictated rate is inoperative, indicating that authorities seem to rationalise overvalued Taka to be at a value around real effective rate. It is an unanswered question. Maybe the process is a preparatory stage for sustaining export trade in the forthcoming years without fiscal supports. Presently, more than 40 products are under the net of cash incentive ranging from 1 per cent to 20 per cent. Present exchange rate  benefits will help to phase out cash incentive schemes both for export and wage remittances resulting in cost savings in Taka of thousands of crores. The savings may be used for support to duty/taxe waiver for consumer goods to ease inflationary pressure.

With regards to market liquidity, it can be cited that the current financial year may end with export close to US$50 billion, wage remittances to more than US$ 20 billion. The US$ 70 billion will not be supportive for import payments amounting to around US$ 80 billion. The shortage of US$10 billion will be met by expected FDI of around US$4 billion  and the remainder by support from the central bank. This is simple equation. But currency notes market is different since it depends on physical inflows of foreign currency. In case of adverse situation, arrangements for import of currency notes may be required.

The present situation reminds us of fuel price increase to US$12 per barrel in 1970s from US$3. This resulted in global price level hike by 4 times. Presently, Taka is recorded with depreciation by 3.35 per cent during the last year. The depreciation of Indian currency is around 6.11 per cent, Chinese currency at 5.98 per cent. Hence, depreciation of local currency is 'pushed by externality'.

As we know that depreciation of Taka benefits foreign currency earners. It is known that a transport operator earns better than an exporter and more by banks against an export consignment. As such, benefits should not go to be concentrated to few areas only. If rate for import payments is 96 Taka for each US dollar, buying rare for export receipts should not be less than 95 Taka. But small exporters including deemed ones are reported to have been deprived of actual benefits. Such happenings should be stopped for which close monitoring is urgently needed. There is every possibility of syndication by which artificial liquidity crisis can be created. In this case, inward receipts are not accounted for immediately in local books of accounts. No reflection of fund in banks' books will artificiality show liquidity crisis. The situation of such manipulation is to be monitored regularly by central bank on reconciliation between foreign books and local books. Alternatively, balances of foreign books need to be considered for all cases.

The gap between central bank's dictated rate and actual rate is very high. The gap needs to minimise for which central bank should reset interbank rate, say 95.70 Taka for each US dollar, with BC selling rate at 95.80 per US dollar. This will auto-set  rate for inward receipts at 94.80 or more. Ultimately, it will encourage export sector, with new investment. Central bank should also keep close eye on banks so that small exporters are not deprived.

Compared to peer countries suffering from supply side shocks, Bangladesh is still in a better position. The recent depreciation will strengthen external sector to a better extent. But the benefits should be enjoyed by real beneficiaries, small exporters and beneficiaries of wage remittances should not be deprived by applying lower rates available in rate chart published early in the morning by banks. Central bank should have a continuous watch in this regard through a market monitoring framework.