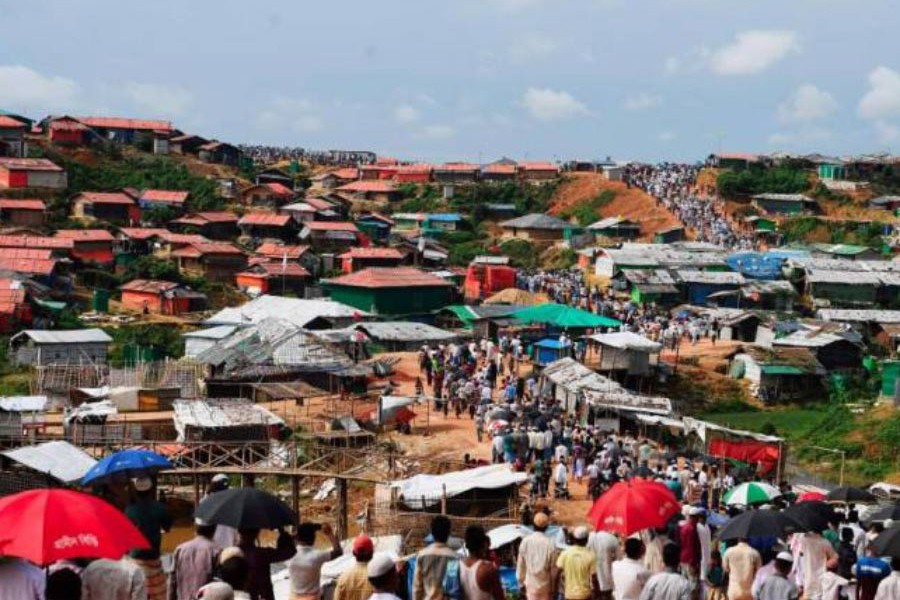 Rohingya refugees are from Myanmar and now living at two officially registered refugee camps in Bangladesh. For decades, the Rohingya have experienced ethnic and religious persecution in Myanmar. The majority have escaped to Bangladesh. According to the UN refugee agency UNHCR, more than 723,000 Rohingya have fled to Bangladesh since August 25, 2017.

The majority of the refugees are unregistered, with only 32 thousand registering themselves with UNHCR and the Bangladesh government. An estimated 200,000+ refugees are living unregistered in Bangladesh. Amnesty International reports have stated that the Myanmar security forces are committing rape, extrajudicial killing, and burning homes belonging to the Rohingya in a December 2016 report. Refugees have been displacing the indigenous people of the Chattogram Hill Tracts. They have also been blamed for importing the drug YaBa.

The refugees lack access to services, education, food, clean water, and proper sanitation; they are also vulnerable to natural disasters and infectious disease transmission. Poor infrastructure and sanitation in refugee camps and contamination of campside rivers and latrines by harmful pathogens pose an even greater risk. During the monsoon season the food- and water-borne pathogens can easily spread. Inadequate sanitation and hygiene conditions in the Rohingya camps have resulted in increased risk for transmission of diarrheal infections and other diseases like  cholera, hepatitis A, hepatitis E, and typhoid due to poor sanitation, low water quality, close living quarters, and high levels of drug trafficking and sexual violence and infectious diseases. There is also a rise in sexual violence and so sexually transmitted diseases are increasing.  Rohingya women are more vulnerable as they are victims of sexual violence and exploitation. Most of the young girls get married before their legal minimum age of marriage to avoid sexual violence. There is no proper healthcare facilities and resources for delivery of babies. Having very small or no information about reproductive health leads to an increase in unsafe pregnancies and sexually transmitted infections.

At least 25.0 per cent of Rohingya children are malnourished and over 12.0 per cent are suffering from severe stunting, according to different sources, mainly due to starvation and malnutrition. Infants under 6 month of age are among the most vulnerable and have malnutrition rates nearing 50.0 per cent.

Refugees are  experienceing impaired functioning due to severe emotional distress and they are at risk for mental health issues due to prior history of systematic dehumanisation, persecution, having witnessed or experienced traumatic events, and the daily stress of remaining in a refugee settlement. An alarming number of refugees are showing, psychotic-like symptoms, somatic or medically unexplained symptoms, impaired function and suicidal ideation along with a documented history of reported high anxiety, hypervigilance, depression, and appetite loss.

Though there are efforts to protect them from various diseases, most of the Rohingya are are not careful about health-related maters. For example, many condoms were supplied to them for birth control and safe sex. But Rohingya men generally do not want to use them.

In fact, the Rohingya have no proper idea about their healthcare. They get married at an early age and have three, four or more children. They are also neglecting the birth of a child. For example: in the case of child birth, they are delivering the child without being attended by an experienced doctor or midwife. The life of the mother and the baby can be at risk.

They do not know about the nutritional benefits of diet, they are not consuming nutritious food and because of this they suffer from various nutritional disorders. Thus the Rohingya refugees have posed a risk to the public health system in the country, especially in Cox' Bazar.

The writers are students of North South University, Dhaka.
jakariafahim222@gmail.com

‘Hard lockdown is the only option now’