We‘ve got access to safe water: Can we drink it? 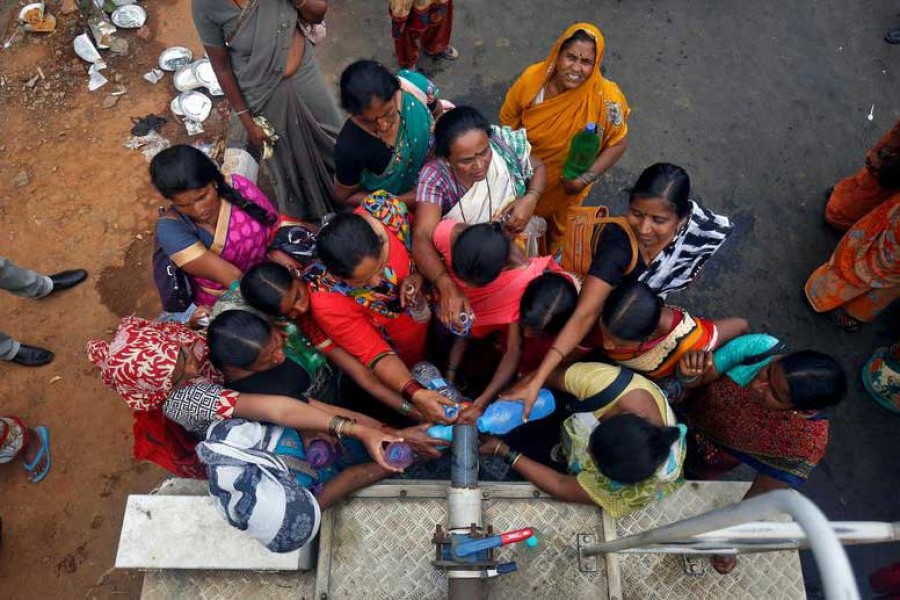 To achieve universal access to safely managed drinking water by 2030, the current rate of progress in the low-middle income countries (LMIC) would need quaternary progress. One-fourth of the global population faces an increasingly urgent risk in countries with limited sources and scarcity of available ground water. The prospect of running out of water poses a huge challenge to fulfilling universal access and global need. Therefore, this year‘s World Water Day is focusing on a different theme – ground water: making the invisible to visible.

Why are we concerned about our ground water? Because metals contaminated our drinking water sources. The discovery of arsenic in drinking water in many areas including Argentina, Chile, India, Taiwan, the United States, Bangladesh, China, Nepal, and other countries illustrates that this is a global problem.  There persists an elevated risk years after the cessation of exposure, and an understanding of prevention strategies for arsenic-induced health effects is sorely needed in both scientific and public health arenas. From India to Iran to Botswana to Bangladesh, many countries around the world are currently under extremely high water stress, meaning they are using almost all the water they have in their sources. Many are arid countries, to begin with; some are squandering what water they have. Several are relying too heavily on groundwater, which instead they should be replenishing and saving for times of drought. Climate change heightens the risk though. As rainfall becomes more erratic, the water supply becomes less reliable. At the same time, considering climate change perspective, as the days grow hotter, more water evaporates from reservoirs just as demand for water increases over time.

Epidemiology of environmental toxins in drinking water, especially heavy metals (e.g., arsenic, cadmium, manganese, mercury, chromium, lead etc) and malignant and non-malignant health outcomes have been documented in thousands of evidences. Many reports indicate a significant negative correlation between negative health effects and toxic water substances. Yet almost every day, studies show a continually increasing plethora of toxic effects that have manifested in exposed populations throughout the world. Early life exposure, both in utero and in childhood, has been receiving increased attention, and remarkable increases in consequent mortality in young adults have been reported. New studies address the dose-response relationship between drinking-water arsenic concentrations and skin lesions, cancers, and new findings have emerged concerning arsenic and cardiovascular diseases. We also review the increasing epidemiological evidence that the first step of methylation of inorganic arsenic to monomethylated arsenic (MMA) is actually an activation step rather than the first step in detoxification, as once thought. Hexavalent chromium differs from arsenic in that it discolours water, making the water yellow at high concentrations. There is a controversial issue that whether chromium causes cancer when ingested. A recent publication supports the original findings in China of increased cancer mortality in a population where well water turned yellow with chromium.

Therefore, environmental risk factors, especially toxic water or water pollution, are a major source of morbidity and mortality in developing countries. Many communities lack access to safe drinking water and the risk of diseases related to contaminate drinking water in many regions is high. While rapid industrialization and economic growth in developing nations has improved certain health and quality of life indicators, it has also increased the release of chemical toxins into the environment and associated health hazards that these countries often do not recognize readily or are not equipped to deal with because of competing, and more visible, problems. There are a variety of health conditions related to contaminated drinking water.

The vast majority of our water is in our oceans, with just 2.5y being freshwater supply. It is estimated that each individual man, woman, and child carries hundreds of man-made chemicals in their bodies, including some that could link to industries. The World Water Day, held on 22 March every year since 1993, focuses on the importance of freshwater, celebrates water, and raises awareness of the 2.2 billion people living without access to safe water. It is about taking action to tackle the global water crisis. Global leaders do better at delivering water equally to all. Climate change is boosting the demand for clean water for accessing safe water.  It has become clear that all groundwater sources used for the provision of drinking water should be tested for arsenic and other heavy metals.