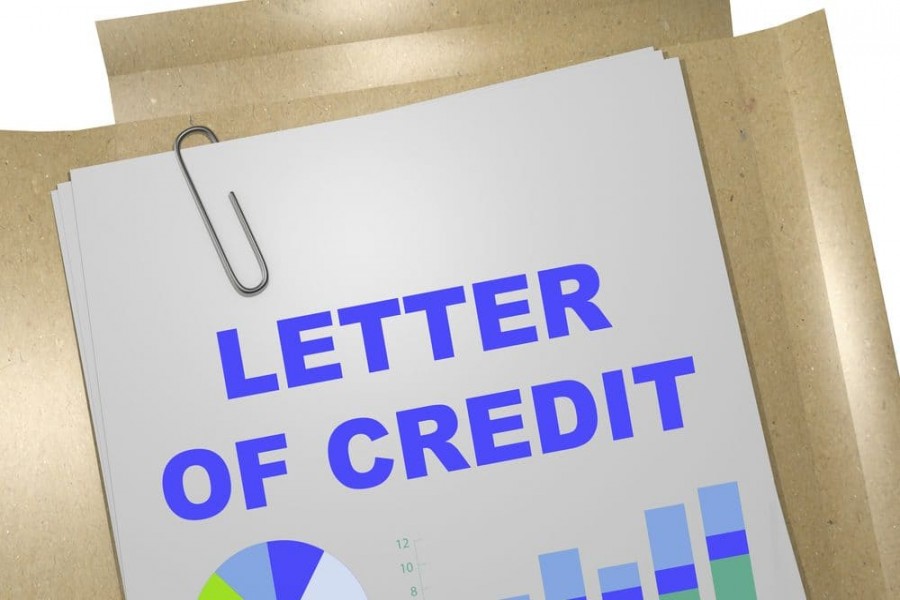 Letter of Credit (LC) clauses determine the requirements of documents to be presented as well as conditions to be fulfilled by the parties involved in international trade. Non-fulfilment of LC terms creates disputes. So before execution of any trade transaction by buyer and seller it is inevitable to know the tricks of the trade laid down in the LC provisions.

Before establishing or opening LC, bank should make sure the item is importable as per the Import Policy Order and the Bangladesh Bank FEPD circular No 123 /2015-16 dated 01 September 2015. As per the country's local regulation, specific information like importer's name and address, BIN number is required in all shipping documents, and in order to comply with this, the LC clause concerned must mention the declaring of the above-mentioned information in  all shipping documents. Bank should turn down any request for mentioning only goods description in LC  instead of HS Code because it is mandatory to use correct HS code, goods name, full description, quantity  and unit price in LC. Appropriate Incoterms should be incorporated into LC for compliance with GFET-2018 and the Import Policy Order (IPO) in force. As per BB GFET-2018 all LCs must specify submission of signed invoice and certificate of origin though it is not mandatory for invoice to be signed as per UCP-600. As per IPO, submission of economic-life certificate is required to release the old machinery. So is mandatory to insert such clause in LC.

Shipment is not allowed before opening LC or after expiry of LC as per IPO, though it is permissible for shipment of goods before issuance of LC in UCP-600. So bank must clearly indicate in LC for shipment of goods to be made after issuance of LC. Shipment timing must not exceed nine months or 24 months (for capital machinery) of sales contract according to current IPO. In case of import through land port, banks are prohibited from using reimbursement authority/debit authority in LC. Though in some instances confirming banks  abroad seek debit authority in LC clause (usually in UPAS LCs) bank must avoid such request. Similarly only one port of entry/land port is required to mention in  LC for import through land port. Therefore, LC clause such as any port of entry must be avoided.

It is also important to ensure mentioning actual port name in LC for actual goods because all items are not permissible to import through all land ports. Port of shipment is to be examined because If the goods are shipped through one  jurisdiction or more or unconnected subsidiaries for no apparent economic reason that tends to trade-based money laundering. Specific certificate is required to release the specific goods. For example, in case of import of food items like wheat, rice ,fruits etc, it  is required to submit radiation certificate and fit-for-human-consumption certificate and  bank must insert related clause in LC.

Issuance of back-to-back LC/usance LCs with realization clause for input procurements on behalf of exporters is permissible under the FE circular No 15 2022.

LC clause can be changed through amendment and bank should also be careful in this regard. LC amendment without reasonable justification may turns into trade disputes as well as TBML risks. Bank should avoid any request for inserting adverse clause in LC such as "document acceptable as presented / all discrepancies are acceptable except value and quantity".

Understanding of clause in export LC is also important to avoid disputes. Bank should understand the transfer clause of LC if the exporter is not the first beneficiary. Bank can check whether the LC has been properly transferred or not through Bangladesh Bank online Dash Board system.

Before transferring any LC, transferring bank must ensure that the first beneficiary/ buying house is duly registered with the Ministry of Textiles and Jute. Exporter's bank must ensure that LC-issuing bank is not a shell bank. Verification of banks may be conducted through Bankers' Almanac web source. If LC clause indicates buying- house commission or other charges are to be paid to foreign importers or agents by the exporter in Bangladesh, those charges can be maximum 5.0 per cent of value of the goods.

Negotiating bank must ensure that LC-required title of transport documents like Bills of Lading, Railway receipt, Truck Receipt, Airway bill is to be drawn only to the order of a negotiating bank in Bangladesh. Consideration of shipment and expiry date is also important. If exporter submits documents after expiry of LC, issuing bank will send discrepancy notice as usual. Sometimes an unscrupulous buying house plays a bad role in the form of discount offering and obtains financial benefit through arranged game. Bank should ensure the payment clause in LC that LC-Issuing bank will make payment upon presentation of compliance documents.

Any realisation clause or ambiguous clause should seek for amendment. Understanding clause in local LC, including back-to-back (BTB) LC, is also important because there are some regulatory issues. For instance, in Local Back-to-Back LC it is mandatory to mention the name of the concerned who will receive cash incentives.

In international trade the US currency is widely used and for this international trade transaction has impact of US sanctions, laws/acts like USA PATRIOT Act , OFAC rules and Final Rule issued by New York state Department of Financial Services (DFS) etc. Bank often inserts sanctions clause in LC. In this regard the International Chamber of Commerce (ICC) has issued a guidance paper on "Guidance paper on the use of sanctions clauses in trade finance -related instruments subject to ICC rules". Bank can consider this guidance paper in this connection. To combat TBML Bangladesh Bank issued TBML guidelines and bank has to follow this in relation to LC.

On the contrary, there are other reasons for trade disputes. Rate fluctuation of foreign currency is one of them. Disputes arise in situations where the currency of the buyer depreciates in value. In this case buyer/ importer sometimes requests bank to notify a discrepancy notice or return the documents by any means .Dispute in trade transactions may also be caused due to shipment of low- quality goods or delay in shipment of goods. Non-shipment or blockage at port due to change in laws or government is another cause of trade disputes.

If LC clauses are not scrutinised and addressed properly by the parties, specially by the bank, associated parties may abuse the LC for fraud and perpetrate trade-based money laundering.

Before ending here is an example of dispute arising for non-standard LC clause. A bank in the Asia-Pacific region, named CZC Bank, issued an LC favouring Mr "R" to import used/old capital machinery for around USD 180000,00 in 2021. As per local regulation of the importing country it is mandatory to submit economic- life certificate for importing old/used capital machinery. After issuance of LC, the beneficiary approached LC applicant to delete the clause for submission of such certificate and the bank also issued an amendment. Later on, document presented to the LC-issuing bank and due to complying with presentation issuing bank made payment. On the other hand, it took long for the goods to arrive at port of destination due to goods being shipped from Europe. After arrival of the goods, customs authority refused to release the goods for non-submission of economic- life certificate. The importer tried to communicate with beneficiary but could not connect. Finally, he declared to the bank that he will not repay the import bill as he is not in a position to release the goods.