The Song of Achilles: Witnessing God through a lover's lens 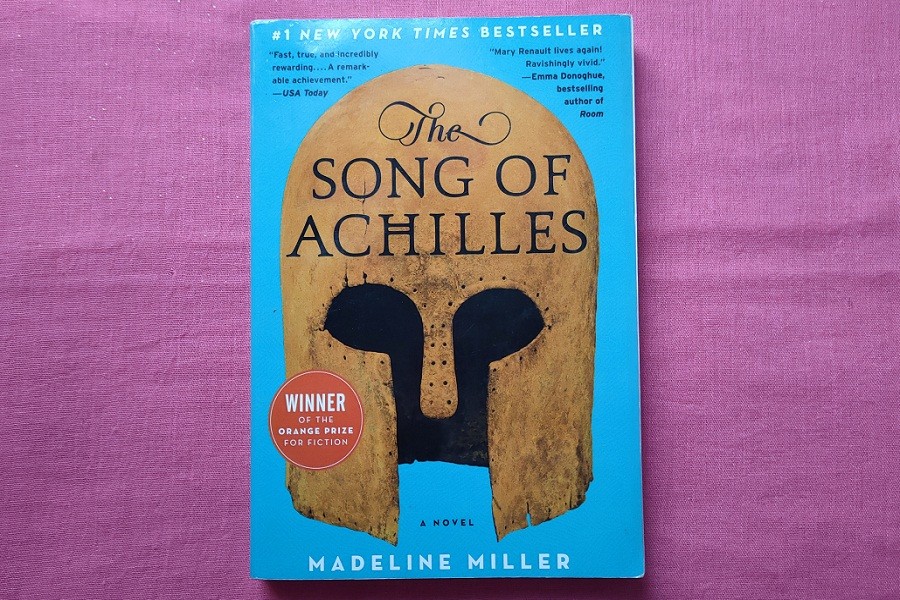 In Greek mythology, Achilles is known for being the greatest warrior to ever exist. The duel between him and Hector during the Trojan war made Achilles a legendary hero who was born to 'fight for honour'.

Greek mythology enthusiasts are likely to know the conventional outcome of the story before it ends. Yet Madeline Miller's storytelling would keep the readers hooked from the very beginning of the book.

'The Song of Achilles' uncovers the human side of the Greek hero Achilles who is popularly known for his fighting skills and unfathomable fury. But this book introduces the world to an Achilles no one has ever seen before.

The book tells the story of the son of a king, Peleus of Phthia - whose fate was written before he was born, and a goddess, sea-nymph Thetis.

The magic in this book is seeing Achilles through Patroclus's point of view. Patroclus, a shy prince exiled from his homeland to save his father's reputation. He was sent to Phthia to be brought up as an orphan as his punishment for his act of violence.

There he met Peleus's son, Achilles who was destined to be a war hero. Later, he became the closest companion to Achilles.

Madeline Miller introduces us to the mighty gods, goddesses, kings and queens, and war heroes and does not hesitate to exhibit their flaws. The characters who have always been perceived as the proprietors of unparalleled supremacy are shown in a different light here.

The story is driven by romance, it is not fully ruled by it. The relationship that Achilles and Patroclus developed was genuine and divine. They had a bond of trust, respect and mostly, love that was not rushed. None of them ever completely confess in words but their gestures are enough to understand the depth of their feelings.

Miller chose Patroclus to be the narrator of the story. Getting to know Achilles from Patroclus's point of view will show the readers the sweet, witty, vulnerable, and emotional side of Achilles. The charm that Patroclus found in Achilles was not in his heroism but in the innocence and purity of his heart.

Despite so many objections regarding their relationship, including Thetis's contempt, the two of them never stopped admiring each other. After knowing about the prophecy and Achilles' tragic fate, Patroclus tried everything possible to stay hopeful.

Miller's writing was focused on Achilles and the bond he made throughout his journey rather than glorifying the Trojan war.

From being the son of a king, the best student of Chiron the Centaur, being friends with Brisie- the growth of this mighty character makes the retelling of the same story a different aspect.

Achilles is widely known as an unsympathetic, merciless character - a boastful brat, a god who knew about the prophecy yet chose a tragic fate for the sake of his honour and glory. Through Patroclus's eyes, the unattractive qualities of Achilles suddenly start to make sense.

Patroclus shows us that Achilles is a human more than a god, a deeply conflicted one with humour and intelligence.

The heart-pouring description and detailing of the characters would leave the readers with an aching heart and tangling emotions. Just to soak up everything from this book will require a long time.

Madeline Miller spent 10 years writing this book. Iliad and the Odyssey narrate Achilles' story, but the song of Achilles gives it the poetic value it needed. The book makes Achilles the three-dimensional character he is, which Homer didn’t or couldn’t portray.