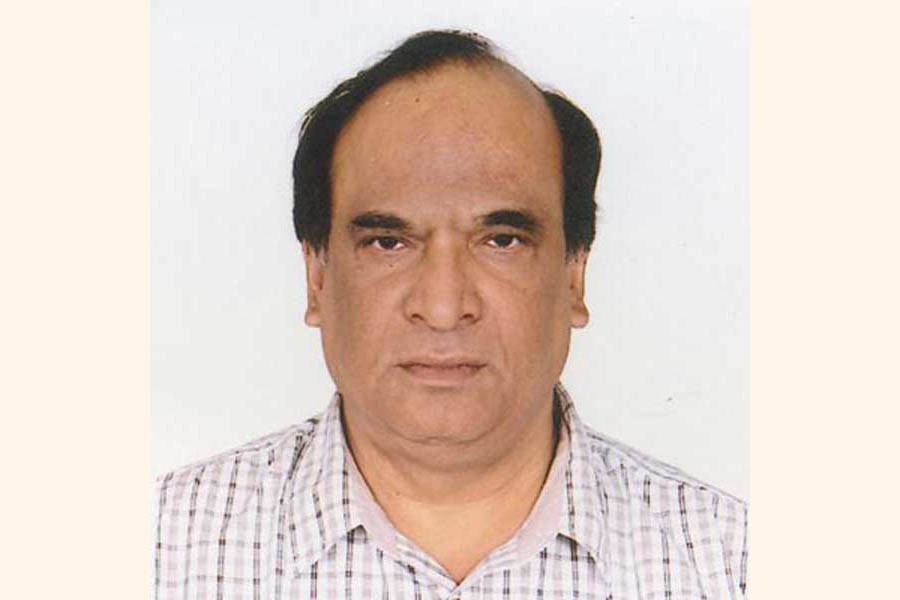 Dr. Kazi Ali Toufique was a Research Director at BIDS. He passed away in Dhaka on February 11, 2020

His premature demise did not hit the headlines of national dailies. Nor would many people outside his close circle know or remember who Dr. Kazi Ali Toufique was. His name will not ring any bell to many.

This doesn't matter - it did not matter to him. He never wanted this. He lived his life in private, left this world in private. However, as a close co-worker, I think, it's my responsibility to shed some light on his life and career and bring this private person to public as we all have something to learn from him.

He was not a typical 'good student' with outstanding grades in the Economics department at the University of Dhaka (DU). Still, while he was an undergraduate student, he came up with an alternative geometric exposition of IS-LM curve (a tool used in macroeconomics) and showed it to Professor Muzaffar Ahmed, the then professor at the Institute of Business Administration (IBA). Professor Muzaffar Ahmed was first suspicious about it - whether such original contribution could be made by a mere undergraduate student. The article was later published in Indian Economic Journal, a rare feat by an economics student of DU. He then went to Fordhan University, the USA, for an MS. He completed Ph.D. from Cambridge University, the UK, in 1996. He started his career in Bangladesh Institute of Development Studies (BIDS) in 1989 and served as a Research Director before his death.

Kazi Ali Toufique worked on new institutional economics - a field in economics that focuses on the informal (e.g., social norms) and formal (e.g., laws) institutions and their influences on economic activities. He was greatly influenced by the works of Douglass North, Elinor Ostrom, and Ronald Coas, as manifested in his works. He studied 'jolmohols'  of the country as an interesting case of the common-pool resources to understand power, property rights, transaction cost and externalities in his early career.

He examined the causes of failure of the fishermen to establish property rights over fishing grounds in the inland fisheries. He also studied the cases where such property rights are established, but the externalities were not fully internalised by the fishermen. He had very profound understanding of how institutions evolve and their role in shaping human behaviour. His understanding of exchange, transaction cost, power, property rights, collective actions, micro-foundations of firm behaviour and so on were so deep that his argument always stood out in any discussion, be it in our BIDS canteen or any formal seminar.

He later diversified his research portfolio into agricultural productivity, microcredit, food security, climate change, and SMEs [small and medium enterprises]. Luckily, I was one of his co-authors, observed his clarity of mind closely and his strong commitment to excellence in academic research. The amount of time we used to spend to crystallise an idea was really staggering. In fact, that was the fun part of writing a paper with him.

He was an uncompromising advocate for academic research at BIDS.

He used to use his natural bantering to encourage us to publish in academic journals.  His witty quotes -- 'Publish or perish', 'Co-authors are your spouse', or 'Don't let your number of offspring grow faster than your publications', still resonate in the air of BIDS.

He could say so because he earned that authority through his works, personality and intellectual leadership. With his departure, there is a void, an irreparable one, in the sphere of mentorship in BIDS.

He was very well-read. His reading list was very diverse, including a wide range of books, articles and blogs in economics, literature and international politics. We used to share and discuss new arrivals of books of our mutual interest, in addition to new journal articles on economics. He introduced me to many authors I was not aware of, such as Amitav Ghosh, helping me develop a refined taste for reading.  I remember vividly our recent discussions on 'Sapiens' and we reached a conclusion that the human race has not evolved enough and we expect too much good from them.

In this world where self-promotion is seen as an important 'virtue' to survive and succeed, he was an exception. He was a rare species in the field of economics in the country, who never went after publicity, glory or spotlight. He read, he wrote, he spoke, purely out of his passion for economics. He was very critical about the so-called economists who commented on every issue under the sun with little understanding or research works by themselves.

We used to have a healthy debate on how the electronic media has distorted the incentive structure of academics, particularly in economics - social recognition and market return for media-created specialists and talk-show experts seem to be much higher than those who are like Dr. Taufique, working in pursuit of knowledge and truth. He lamented over this issue even a couple of days before his demise. I think the onus is on us now to carry his torch to establish a knowledge-based society where knowledge alone will dictate the terms.

His was a strong voice of dissent - a true argumentative Bangladeshi. He never let any issue go unquestioned and uncontested. In a society where a healthy debate is a rare commodity, we had that in plenty in BIDS, thanks to him. He would probably keep on arguing in that part of the world why he was taken so early when he had a lot to offer to society.