Ogling the ocean-bed: Joy to the fishes in the deep blue sea 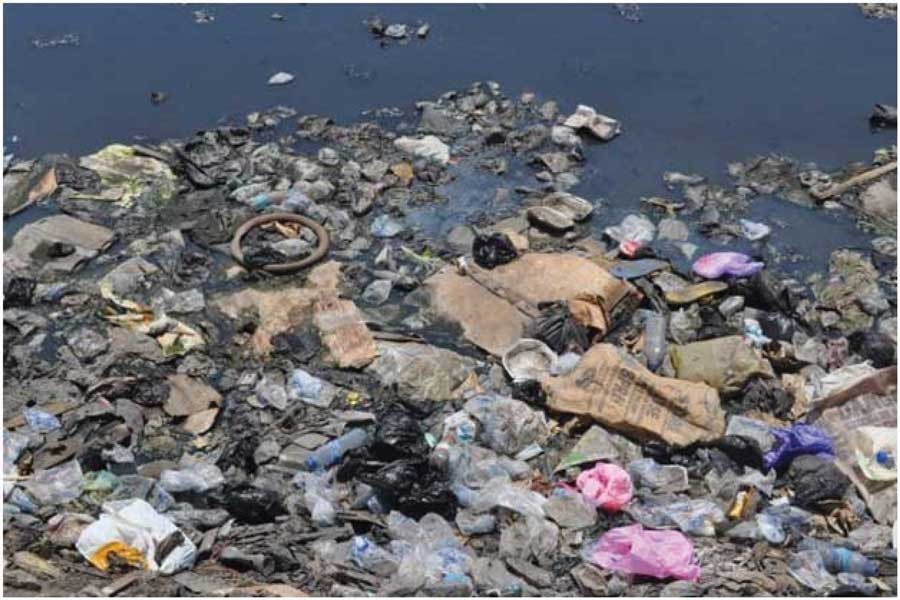 We might know more of the moon and have had many more astronauts walk on its surface than we do the ocean floor or scientists pacing it up and down. At least that is what Wil S. Hylton concluded in "20,000 feet under the sea," in the January 2020 issue of The Atlantic. For such a scavenging species as homo sapiens, not getting down there has not been for a lack of will, but the huge obstacles riddling the passage. First of all, we do not have the technological tools to fathom exactly what is out there, and though many billionaires have been splashing money to build the ocean-vessel to take them there (Richard Branson, for example), it has not been easy going. Second, the enormous pressure down there is sufficient to ward off adventurers: 2 (two) million pounds of pressure for each square foot. Third, the International Seabed Authority (ISA), a paper-backed UN agency working out the rules and boundaries down there, still remain far from any agreement, even though some sections of the ocean floor have already been cordoned off from exploitation. Finally, there is fear, no less because so little is known, again, unlike other planets.

One of the reasons why we know so little could simply be because it is virtually dark down there: the sun penetrates only the outer surface. In fact, the deepest part of this planet, Mariana Trench, is some 36,000 feet under the Pacific Ocean, right smack in the middle, where it so dark we do not what type of a vessel can be built. Mariana Trench lies in what is known as the 'hadal' zone (named after the Greek god for the underworld, Hades), sinking from 20,000 feet all the way to 36,000. It is simply the fifth and final zone, which begins at the surface with the 'sunlight' zone, so-called because the sun can reach it, thus permitting plants to grow. Below that, in line, comes the 'twilight' 'midnight', and 'abyss' zones, each getting darker than the other, but thus far, accessible to the daring only.

It takes more than being daring to venture down there. Prospects of more mineral deposits than were available on land and upper oceanic reaches have driven many corporations to build depth-worthy ships/vessels searching for El Dorado. Hylton mentions many of the minerals either known to exist or expected: gold, copper, manganese, nickel, and cobalt, all but gold in growing demand in this 'battery' age. A single automobile, Hylton found, requires 187 pounds of copper, 123 pounds of nickel, 15 pounds of manganese, and 15 pounds of cobalt. With the growing shortcomings (and availabilities) of fossil fuels, the 'battery' age may just be taking off, making the search for oceanic minerals all the more important. Among the ISA authorities is to issue licenses to private companies in cordoned areas.

Perhaps the best known cordoned area is the Clarion-Clipperton Zone (CCZ) in the Pacific between Hawaii and the American Continent (an area that also boasts a mountain higher than Mt. Everest: we know that as Mauna Kea in the Hawaii group, where we go vacationing, but the 33,000 feet mountain, measured from the ocean floor, is closed). In the absence of a mining code, the CCZ expanse lies between several country-specific exclusive economic zones (EEZ), a rule whereby each country with an ocean-front or sea-front can claim up to 200-mile exclusive access for economic purposes. Nonetheless, the CCZ circumference is dotted with a string of no-mining zones.

This may be the best start to this unknown expanse given the growing urgencies to find new minerals, not just for fossil fuels and batteries, but also to inject new wealth and a brand new pioneer spirit. That pioneer spirit would compensate to a great extent the one area where the human presence is already stamped on the ocean-floor: waste-dumping. Plastic, rubber, and tin-cans have been recovered already from the ocean depths, indicating how damaging the human species has been to its environment. If it is not litter, our gluttony also has reduced many fish stocks to critical levels, or if not for gluttony, then for decoration. Some of the most unknown species down there may perish ever before we can reach them from the waste being dumped.

That does raise Bangladesh to the oceanic forefront. It is too remote to any 'hadal' zone, and clearly the Mariana Trench, but if plastic dumped through our rivers can eventually reach the Pacific Ocean, we should be more circumspect. In fact, rivers from South, South-east, and Far-east Asia dump more rubbish into the oceans than the rest of the world, with the oceanic plastic capital also located in the middle of the southern Pacific Ocean.

We could begin taming the oceanic underworld by coming to terms with our own Bay of Bengal. As the depository of some of the mightiest global rivers, the Bay has not kept in good health. The southern zone, parallel to the Myanmar-Arakan coast, is already a dead zone. When we examine all the rivers crisscrossing leather or RMG (ready-made garments) factories across the country, we find plenty of toxicity in them, led, of course, by the Turag near Hazaribagh and Dhanmondi. As these rivers enter the Bay, the toxic materials go with them, with the fear of making the upper Bay also a dead-zone. Controlling these outlets from the country through corrections inside the country would give us a greater sense of the sustainability we can take to the oceanic floor when our time comes.

That time cannot be far away; and it must not be by default, that is, the search for more fossil fuels under the bay waters exposing new species or some other mineral. Research and development must be given greater emphasis, particularly as we Bangalees are very intimately connected to waterways, whether rivers or sea. These may prepare our own oceanographers who could contribute plenty to the global search, but such knowledge would crystallise more clearly what kind of technology to prepare. Libraries, museums, and universities need to be encouraged to begin that search, and only by cultivating the new information can we shed light on one very dark side of the human existence: an entire subterranean life we know too little about; and since much of the rest of the world also falls in that same plight, we could take the lead to get out of it.

Some of the greatest discoveries and creation may still be left in front of the human species. By doing nothing, we are allowing potential 'finds' be damaged by our pollution; or by failing to rein in our consumption capacities, we might end up feeding an already mysterious oceanic proportion of the globe at a far larger proportion than all the landmass we see, with even more water as ice melts and we simply let it melt. Most ironically, since water constitutes such a large proportion of the human body just as it does the planet's, we have not even come close to understanding its full potentials hiding, as we are, behind consumption driving everything we do. Conserving may be the missing catalyst as we approach the oceans/seas to chip in our bit.

Bangladesh, India, the United States: On the same page?

2020 Delhi election results: Making some sense of it