Lawsuit against Myanmar over Rohingya genocide: Hearings at ICJ scheduled to start Dec 10 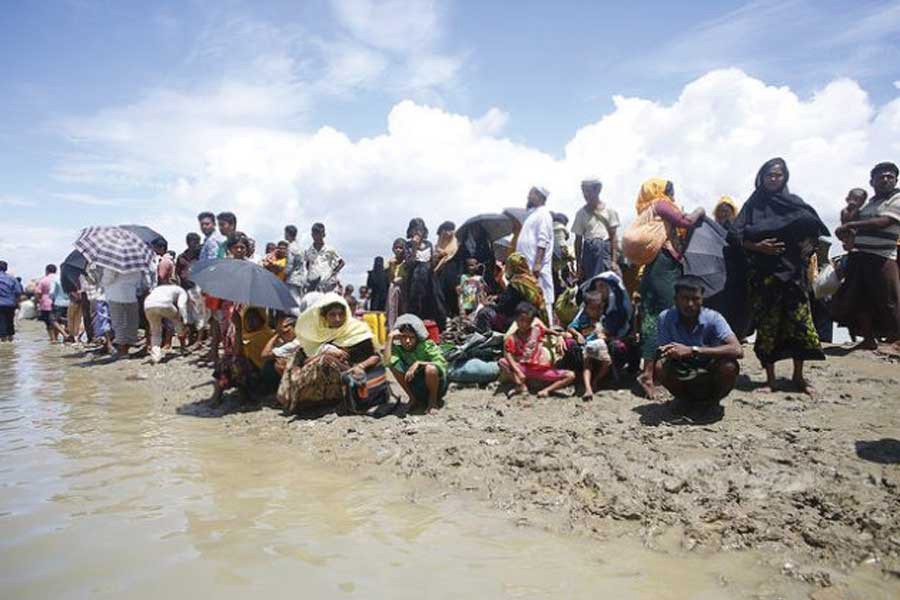 A group of Rohingyas after they fled Myanmar in 2017 arrive at Shahparir Dip in Teknaf, Bangladesh.             —Photo credit: IPS

On November 11, the Gambia filed a lawsuit against Myanmar in the International Court of Justice (ICJ) for its atrocities against the Rohingya population.

Over the past years, hundreds of thousands of Rohingyas have fled to neighbouring Bangladesh for refuge, sparking one of the dire refugee crises of the decade. They continue to remain in camps in Bangladesh, where they are vulnerable to human trafficking and other forms of violence.

Even though the crisis has been ongoing for decades, it's a crucial time for the lawsuit to be filed, advocates say. And the Rohingya people's continuing refusal to go back is only testament to the lack of security for them in Myanmar.

"No one has been held accountable," Akila Radhakrishnan, President of Global Justice Center (GJC), told IPS. "It's the same forces [that] remain in Rakhine state, they remain kind of [as a] part of the military with no punishment. There's no feeling that there's safety and security to go back to Myanmar."

Radhakrishnan pointed out that even though the lawsuit may be "far away" from when the crisis began, the continued fear of Rohingyas to return to their home shows how deeply the crisis persists.

"I think there's a recognition of the impossibility of the return of the Rohingya, a solution to the humanitarian crisis," she said, adding that the lawsuit will push for the Myanmar government to take actions that focus on changing the laws and policies that enabled the genocide.

The lawsuit by the Gambia is supported in large part by the Organisation of Islamic Cooperation (OIC), and is being led by Attorney General and Minister of Justice of the Gambia Abubacarr M Tambadou, who decided to pursue actions after a recent visit to Cox's Bazar in Bangladesh, a region where about 900,000 Rohingya refugees are living in camps that the United Nations Office for the Coordination of Humanitarian Affairs has termed the world's biggest refugee camp.

Tambadou, who also worked to bring justice for the case of the Rwandan genocide, immediately recognised a similar pattern and was moved to take action, he said during an event held during UN General Assembly in September.

One of the key things being asked in the lawsuit is the request for provisional measures that would require the Myanmar government, on a basis of "extreme urgency", to set a hearing date for Myanmar government to "restrain certain conduct" by Myanmar that's enabling the genocide, Paul Reichler, head of Foley Hoag, the law firm leading the lawsuit, explained to IPS.

"When you file a suit, you want to make sure the very object of the suit is not destroyed while the case is pending in court," he explained. "The Gambia will be asking the court to order Myanmar to cease all acts of genocide against the Rohingya."

But a challenge remains here: how can Myanmar stop actions they don't acknowledge as genocide denial?

"The court may wish to define what kind of acts should be stopped so the order makes clear what Myanmar is prohibited from doing," Reichler said. "[The] main thing we're asking for is final judgment…in the interim to prevent further irreparable harm."

In case Myanmar does not comply with the requirements of the lawsuit, Reichler says the court can take further actions or the international community "can react with political measures".

Within a few days of the lawsuit being filed by the Gambia, a lawsuit was filed by Argentina against leaders in Myanmar, including Aung San Suu Kyi, who is the first Nobel peace laureate to face such legal charges.

Suu Kyi, however, has not budged from her position. She continues to justify the torture of Rohingyas while branding them as "terrorists" owing to a 2017 attack that sparked the most recent exodus.

In the aftermath of the lawsuit, her government has set up a legal unit while she aims to lead the country's defence at the ICJ, with a hearing expected on December 10.

"Aung San Suu Kyi and the civilian government failed to act against genocide in Rakhine State with any level of urgency and have taken no steps to hold the military to account," Radhakrishnan said in a statement on Suu Kyi's announcement.

"Now, they are going to defend the military and government's genocidal actions on one of the world's largest and most influential stages. The international community should no longer have illusions where Suu Kyi and the civilian government stand and must act to support the Gambia and take other measures to hold Myanmar accountable."

Ogling the ocean-bed: Joy to the fishes in the deep blue sea

US Dollar in international trade transactions: Alternatives and risks

Social disutility of the superrich