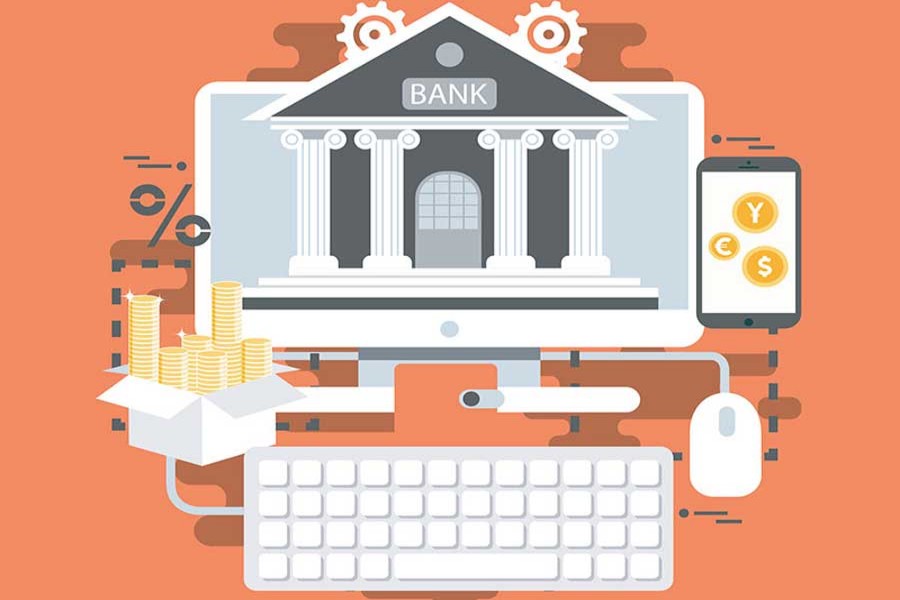 Financial system of Bangladesh is mainly bank-based and private commercial banks have been playing a pivotal role in this area. In the 80's, denationalisation of banks was a major leap for the formal banking sector to play the intermediary role for channelling fund from the 'sufficient' to the 'deficient' groups. In Bangladesh, activities of all businesses, whether manufacturing or trading, even consumer financing, remittance etc., are solely reliant on banks and it is here that local private commercial banks are the pioneers for facilitating such services.

As a financial institution, a bank has to ensure compliance with local and international rules, regulatory guidelines, transparency in operations, good corporate governance and internal control to gain public trust and survive in the competitive industry.

Since banks deal with public money, depositors' security, ease of service delivery, control of both internal and external irregularities including fraudulent practices, elimination of corruption, maintaining liquidity adequacy to meet the depositors demand for withdrawal etc., are the key factors to gain public confidence. On the other hand, the ultimate aim is to generate profit at optimum level by maintaining trust, asset quality, control of operational cost and ensuring customer satisfaction to compete successfully in the saturated market.

In this context, different business models have been introduced and adopted in our banking sector at different times. However, no unique model has been found to be flawless or absolutely perfect. Nowadays, in our banking industry the big question is: which banking model is better -- centralisation or decentralisation? It is particularly a dilemma for private commercial banks in relation to their operational objectives.

In centralised model of banking operations, a bank's presence is maintained by having branches at different locations as service delivery points only and all sorts of decision making is concentrated at the headquarters or zonal hubs. In this system, any type of deposit taking and credit approval decision has to be sought from corporate head or zonal office. The major limitations of this model are bureaucracy, absence of prompt decision, lack of leadership development at field level, customers' dissatisfaction and so on. However, strong compliance of banking operations and maintenance of internal discipline are the main advantages of this model of banking.

On the other hand, in decentralised banking model, authority as well as accountability is delegated to the different tiers of management at both head office and field level to take decisions on the basis of customised demand of local markets. In that process the core banking functions (particularly credit functions) are done faster compared to that of the centralised model. Expansion of operations, boosting up of business growth and profitability, efficiency and leadership development of human resources can be accelerated by adopting this model but the sensitive point of compliance issue of banking and risk control might be overlooked to some extent, which is the main limitation of this model of banking operations.

In the early stages, decades ago, banking sector of our country had the experience of centralisation regarding credit functions, where loan decisions were made by top management and the Board at the head office. There was no delegation of authority at different tiers of employees in the field level. Decentralisation of credit and foreign exchange functions took place to some extent when de-nationalisation of banks began from mid-80's but some instances of financial scams due to malpractices by bank officials at field level put the effectiveness of that model into question despite having numerous examples of successes.

Presently, leading private commercial banks are reversing their decentralised pattern of banking operations and trying to follow the centralised structure of foreign banks of developed countries. In this banking model, power and authority for planning and decisions (mostly credit decisions) rest with senior management at the head office in order to reduce core risks that may arise from corruption, malpractices, and noncompliance of standard banking operations.

Recently, a paper was presented at Bangladesh Institute of Bank Management (BIBM) on "Centralised and Decentralised Banking: A Study of Risk-Return Profile of Banks". According to the paper, banks' internal fraudulent activities and malpractices at branch level were the main reasons for shifting from decentralised to centralised banking system. It said, "The main objective of this transformation was to reduce or eliminate corruption, embezzlement, fraud, and malpractices of bank officials at the branch level by inappropriately using their empowerment and authority". Besides, the paper also showed negative relationship between profitability and centralisation, "The Return on Assets (ROA) and its standard deviation were negatively affected by centralisation before and after the 80s", it said.

Another related study summed up that "A bank's most valuable asset is its people. For banks that track organisational profitability, a good loan can produce an 18 per cent risk-adjusted return, a good deposit can produce a 100 per cent return, a good customer can produce a 300 per cent return, but a good employee can be 1,100 per cent or more. Good employees can and do make a difference in bank performance on a daily basis". That's why, banks always want to have talented people in their workforce. But a really talented employee wants some degree of authority and freedom to show his/her calibre.

In the light of the above, decentralisation is required to identify viable borrowers at remote areas and expansion of business as well as expedite the national goal of financial inclusion. On the other hand, control of operational cost and maintenance of internal compliance are also vital factors for banks to survive in the competitive market -- which is more possible in centralised system. Therefore, centralisation or decentralisation should depend on the type of the bank, products and services being offered and mainly the demand and characteristics of the target market.

Thus choosing a banking model, whether centralised or decentralised, should not in any way impede banking operations. Rather, local banks should focus more on good governance for their operations since it is the burning issue of our banking industry and almost all major financial scams mostly occurred due to the absence of 'Good Corporate Governance' which made the industry vulnerable.

Md. Reajul Haque is a banker.