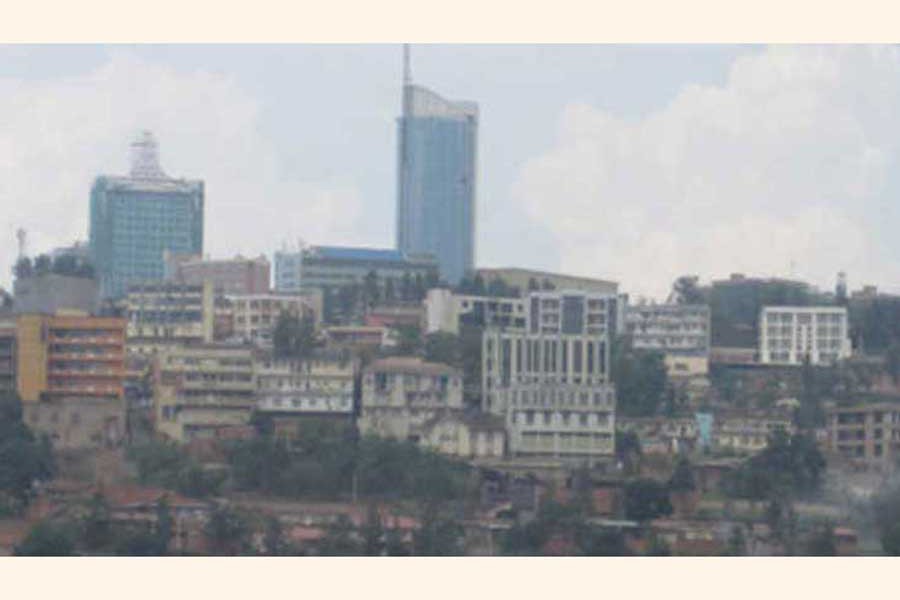 Carnegie Mellon University Africa in Rwanda is a centre of excellence and a regional ICT hub for East Africa.    —Photo: AP

While much of the world struggles with rapid population aging, Africa is experiencing the opposite trend. With 60 per cent of the continent's population under the age of 25, African leaders must ensure not only that a sufficient number of quality jobs are available, but also that young people receive the education and training necessary to fill these positions. And when it comes to the latter imperative, much action is needed.

Mismatches between available jobs and the skills and qualifications of the workforce are widespread across Africa. According to a recent African Development Bank study of ten countries - Benin, Republic of Congo, Egypt, Liberia, Madagascar, Malawi, Tanzania, Togo, Uganda, and Zambia - a majority of young Africans are undereducated for their jobs, and nearly one-third are under-skilled. Moreover, young people who are over-skilled or overeducated for their current positions are underpaid and frustrated by their limited career opportunities and wasted or deteriorating talents.

Undereducated youth do enjoy a wage premium, but it comes at the cost of job satisfaction. The underskilled suffer from the pressure of trying to keep up with the requirements of their job, and from the constant fear of losing it. Eventually, underskilled youth suffer "scarring," or lasting damage to their economic circumstances and prospects. They accept mismatched jobs out of desperation rather than waiting, unemployed, for more suitable positions that may never come.

Given the magnitude and persistence of job-skill mismatches, and their adverse effects on individuals and economies, reducing them should be a top priority for African governments. The first step is to improve access to education.

Though many African countries have made significant progress in boosting education rates in recent years, many young people, especially girls and rural dwellers, receive only limited schooling, or none at all. Furthermore, even 38 per cent of employed youth never attended school for economic reasons, and another 12 per cent because there was no school nearby.

Governments can make a difference by investing in educational infrastructure: building new schools and renovating old ones, improving working conditions for teachers, and upgrading school equipment, including information and computer technology. At the same time, they should eliminate primary-school fees, limit the costs of secondary and tertiary education, and finance scholarship programs.

African governments must also do a better job of supporting young people in their transition from education to employment. As it stands, very few young Africans, employed or not, receive job-seeking advice from the government or employment agencies.

To improve young workers' prospects, governments should help to disseminate information on available jobs, and create incentives (such as tax breaks or subsidies) for firms to offer internships and apprenticeships to graduates. Where such arrangements already exist, governments should strengthen their impact by broadening their reach and mandate, advertising them more widely, and investing in monitoring and impact measurement.

Finally, for such programmes to work, young graduates need the knowledge and skills that the labour market demands. African employers often complain about the difficulty of finding candidates with specialised training in the so-called STEM disciplines (science, technology, engineering, and math), as well as complex problem-solving and communication skills. And nearly 40 per cent of those surveyed did not consider their education useful in finding employment.

The African Development Bank has taken the lead in creating opportunities for African youth in ICT (Information and Communications Technology) by providing financing to Carnegie Mellon University Africa in Rwanda, which was established in 2011 to serve as a centre of excellence and a regional ICT hub for East Africa. This institution, in collaboration with the Rwandan government, has established an innovation incubator to help students create their own businesses.

Addressing the mismatch problem will require African governments to foster more demand-driven, forward-looking education and skills training. For example, they can create forums for companies to communicate their needs regularly to educational and training institutions, which would then adapt curricula accordingly. The result would be a new generation of attractive local candidates, thereby mitigating a severe constraint on firms' ability to expand output and create jobs.

Africa's youth bulge is a major asset, with the potential to drive economic growth and development for decades to come. But if the continent's young people are unproductive, frustrated, and desperate, it could become a major liability that undermines economic prosperity, social progress, and even political stability. The outcome in the coming years will depend on the policies that African governments adopt now.

Bangladesh, India, the United States: On the same page?

2020 Delhi election results: Making some sense of it