A tribute to artist Kalidas Karmakar 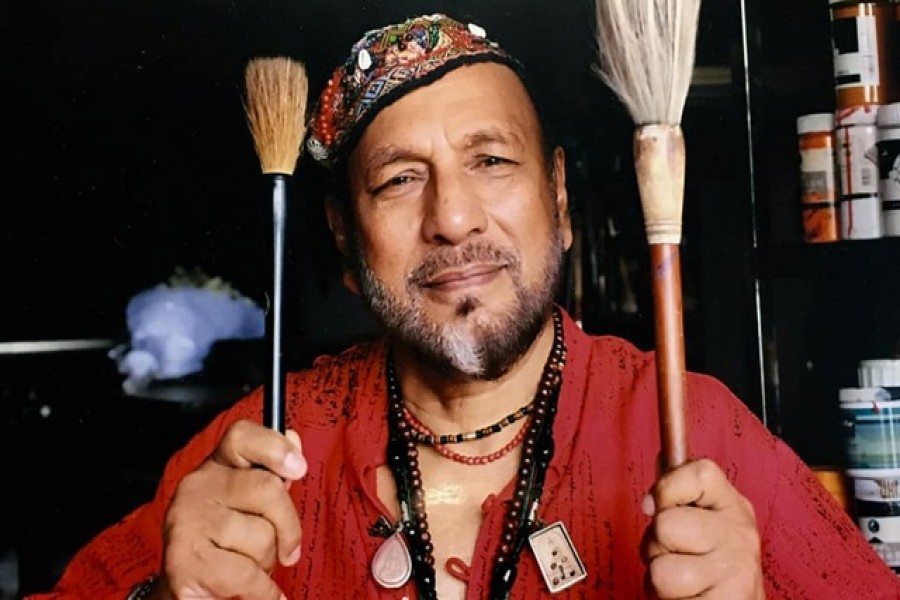 It was a bolt out of the blue to learn the sudden demise of artist Kalidas Karmakar in Dhaka on October 18, 2019, at the age of 73. The internationally acclaimed artist was an amiable personality who developed painting as an art par excellence indeed.

I came in close contact with Kalidas Karmakar while I was coordinating from the Ministry of Foreign Affairs as the director of cultural events of five countries during the first SAARC summit in December 1985 at Osmani Memorial Hall. If I remember correctly, the logo for the South Asian Association for Regional Cooperation (SAARC), developed by artist Kalidas Karmakar, was accepted by the administration.

While Vice-Chancellor Ungku Abdul Aziz inaugurated the painting exhaustion, then Bangladesh Ambassador KM Safiullah was the chief guest. It was thrilling experience for Kalidas since many students flanked to have a look at his paintings. The Vice-Chancellor gave a pat on Kalidas Karmakar. On the concluding day of the exhibition, the then State Minister for Information chaired a session on the exhibition. Painting represents a new Bangladesh in the horizon.

It was great pleasure to receive a painting by Kalidas Karmakar before he left for Bangladesh. I also had the opportunity to attend the wedding ceremony of his elder daughter, Konka Karmakar, at Dhaka Ladies' Club sometimes in 1982.

He was a unique artist that I noticed at Shilpakala Academy. During the course of painting competition in 1976, I saw Kalidas began painting on the floor of the Academy by using his finger of leg.

Kalidas Karmakar developed the technique of alluvial art for which he was awarded Shilpakala Padak. Kalidas also received the Ekushey Padak, apart from Sultan Gold Award.

There is no doubt that Kalidas Karmakar became a legendary internationally acclaimed painter during his lifetime.

Mohammad Amjad Hossain is a former diplomat from Bangladesh and ex-President of Nova Toastmaster International Club of America.

Unlocking the full potential of our life

Whatever happened to wealth generation?

Women entrepreneurs: What do they need?