A man with a dream and dynamism 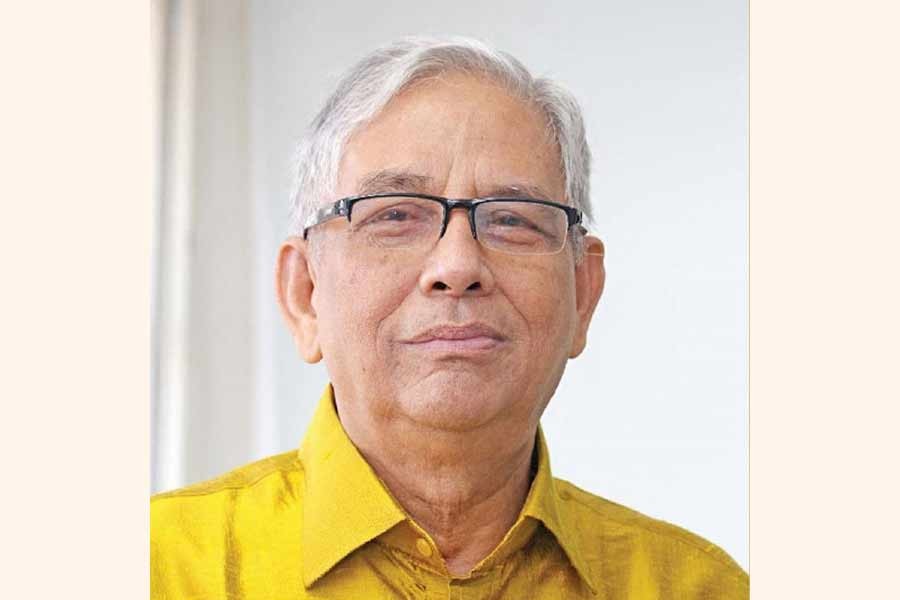 Today is the 80th birthday of a great soul of this soil. He is none else than Mohammed Farashuddin, a former Governor of Bangladesh Bank, a famous economist and the founder-Vice-chancellor of East West University. He was born on 18 April, 1942 in Ratanpur village under Habiganj district (old Sylhet). A paradoxical social milieu in his childhood shaped up his life and career.

Hailing from an enlightened and well-off Muslim family,  he grew up in an environment of pervasive poverty, in and around,  accentuated by acutely adverse agro-climatic condition that routinely reigned over the then rural life. It is thus no wonder that the seeds of serving humanity might have been  sown in him by those pernicious factors afflicting a vast majority of people. Inspired by the love of humanity, he dedicated his acumen to the service of his fellow humans that spans to date.

Farashuddin's academic records reveal flying colours. He cherished  education and teaching, encouraged by his father and backed up by brilliant results, and took up teaching at Economics Department of Dhaka University in early years of his charming  career. Mohammed Farashuddin  taught  there for few years  with paramount perseverance and popularity. But brilliant students  of that time  generally  opted for the Civil Service of Pakistan, especially, CSP, and Mohammad Farashuddin was no exception. During that period, he successfully competed in erstwhile Civil Service of Pakistan (CSP) to join the bureaucracy as an administrator.

While in job, he was awarded a scholarship and  went to Boston University to do a Ph.D in Economics and successfully received the award. Given the excellent academic records, he could easily stay abroad to gift a safe and shining life to his family members but, for yearning as he had for homeland,  he returned home, albeit with some risks, abandoning the ambition that many of Bangladeshis would have never thought of throwing away.

By his very nature, he is honest, dedicated, sincere and  outspoken too. At every point of his academic journey from Ratanpur to Dhaka to Boston, even to international organizations that he happened to serve under different capacities,  he exhibited his excellence through merit , amiability and human spirit. Not only   that he is  a meritorious man but also  he had  been a man in the real sense of the term with humanity ingrained in heart.

One of the remarkable returns of his life is that he was privileged to be  the private secretary to the then Prime Minister of Bangladesh, Bangabandhu Sheikh Mujibur Rahman, thus acquiring the courage, vision and dedicated spirit from the acquaintance of the great man.

During the long government-service life, Farashuddin had served the government with dignity, honesty and sincerity. He is known as one of the finest governors of Bangladesh Bank who reportedly declined political muscles to mud the money market. Further, he headed few enquiry commissions set up by the government  with credible contributions to the cause of the country.

Having said all, his dream of developing higher education needs a detail. He is one of the pioneers of the private universities in Bangladesh and the founder-VC of East West University. In fact, the red-brick high building  at Aftabnagar presenting the permanent campus of the university was financed from own savings and without imposing extra fees on students. As for the varsity, the institution now enrols about 9,000 students and about 500 teachers of excellence are on board working hard to make it an institution of repute. The university offers a lot of concessions to the disadvantaged meritorious students to flourish in life.

But behind all of these developments, needless to mention perhaps, lies the head and the heart of a Farashuddin who tends to earn no bucks for the services he renders to the cause of the university. At 80,  Mohammad Farashuddin is active and agile to continue to be the Chief Advisor of the University with his  heart and soul devoted to uplift of East West University as one of the top citadels of learning in the world.

With a proud positive feeling, we say a happy birthday to a beacon in our socioeconomic arena!

Abdul Bayes is a former Professor of Economics and Vice-chancellor, Jahangirnagar University; now a  part-time teacher at East West University.