Returning power of technology to people 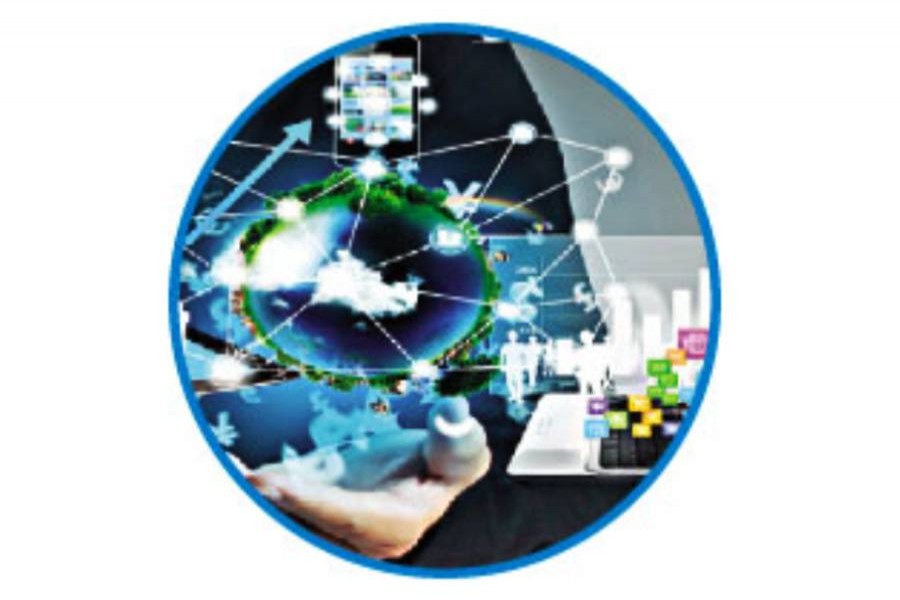 As every new invention in science is both a blessing and a curse, the information technology is also not an exception to this general rule. The information technology, through the internet, has indeed revolutionised dissemination of information by making it accessible to all. So, it has been a kind of democratisation of information so far as its accessibility to every computer-literate person is concerned. But even so, before the advent of different varieties of social networking service, the reader of the online news was but a passive recipient of the information dished out by its provider, the medium, in question.

But the social networking service, now popularly called social media platform, has changed the whole picture. Now a person, who has an account with any social platform like Facebook, Twitter, Instagram, Snapchat, etc, can also post her/his views to the audience connected to the particular social media platform and get an instant response. And the view so expressed by a social media user may, what they say, 'go viral'. That is, it would spread like a wildfire, if viewers find it (the view) interesting or consider a common cause. This has obviously made this new configuration of the online media more democratic as it is also participatory. And the power of the social media was well-demonstrated during the so-called Arab Spring between December 2010 and December 2012. The social media enabled the rebellious youths to connect, gather and voice strong street protests together against authoritarianism in some North African and Middle-Eastern countries including Tunisia, Egypt, Syria, Libya and some Gulf countries.

The civil disobedience movement spearheaded by the mobile-phone-using youths through whom the message of protest and rebellion against authoritarian regimes was circulating were greeted with cheers by the West. So, the social media, or, for that matter, the technology behind it, has finally proved to be a change agent in favour of all that the Western democracies take pride in-democracy, open society and the values that go with them! Or has it?

Unfortunately, the high hopes that the social media would have its liberatory impact on society did not finally come true. The authoritarianism, on the other hand, was further consolidated as the dictators now used the same technology that runs the social networking platforms to mount surveillance and impose strong censorship on the communications made through it (the social media). Very advanced electronic surveillance technology has meanwhile emerged to track down who is saying what and when not only online, but even when offline. This is the flip side of the information technology and the various types of media platforms it operates when it is controlled by authoritarian governments or organisations.

Still worse, the people themselves can become the enemies of whatever good humanity has achieved so far by abusing the networking potential of the social media platforms. Both state and non-state actors including politicians and other vested groups have done a lot of damage to society by spreading media contents that are full of falsehood, misanthropy and fear mongering. A section of power-hungry, wicked politicians who have no respect for sanity and humanity, has been taking undue advantage of the social media platforms to fulfil their sinister agenda. They have meanwhile whipped anti-immigrant, racist, various kinds of chauvinistic and supremacist emotions among their constituents. Some politicians of even the advanced democracies of Europe and the USA, not just of the often-blamed developing countries, have been making irresponsible and extremist utterances against minorities, immigrants, people of different faiths and colours. One such example was the politics of the former US president Donald Trump. It was during his time that the terms, 'fake news, alternative facts, post-truths, etc' got wide currency. Facts, news and truth were not to be judged by what they intrinsically are, but by the way the people responded to them. The prestigious British daily, The Guardian, in an article published in May, 2017, the year Mr Trump assumed office as US president, wrote:

" 'post truth' is emphatically not the same as lies, spin and falsehood.

What is new is not mendacity but the public's response to it-the growing primacy of emotional resonance over fact and evidence, the replacement of verification with social media algorithms that tell us what we want to hear."

So, what makes fake news? Some define it as 'news articles that are intentional and verifiably false, and that could mislead readers.' In fact, Trump used the label 'fake news' to demonise the mainstream news media. And through indiscriminate use of this terminology (fake news), its purveyors claim to have entered the era when truth has lost its value as it has been replaced by 'post-truth'. And in this era of 'post-truth' it is perceptions created in the public mind by what the media conveys matter, not the facts. In a similar vein, the 'alternative facts' are new explanation of reality whereby it (reality) is not something external, something objective. On the contrary, in post-truth era, reality is something that the party bosses or the algorithms of the social media search engines tell us to be. Obviously, the 'alternative facts' are but a description of this subjective reality propagated through the media.

Evidently, truth is the first casualty of the Kafkaesque world created by this new media and its technology.

It is exactly against this backdrop that last Tuesday (May 3), on the occasion of the World Press Freedom Day, the UN Secretary General, Antonio Guterres, said:

"The business models of many social media platforms are based not on increasing access to accurate reporting, but on increasing engagement - which often means provoking outrage and spreading lies."