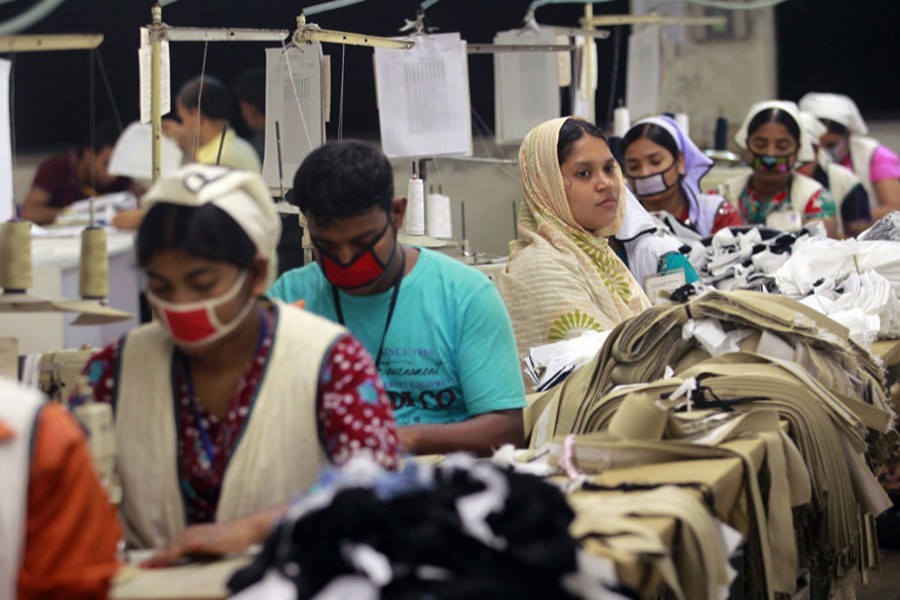 The narrative of this piece is set by an email from a reader, Thomas Reid (Wealth Management Advisor, TIAA, Michigan) who wrote on April 14: "I was aware of the ETF [exchange Trading Fund] purchasing programme [by the Federal Reserve], but your article ["Nuclear Options - Rescuing Wall and the Economy", April 13] helped me understand the connection between the Fed and the bank debt/liquidity.

A colleague had made an interesting comment the other day -- if the government had split the $2.3trillion stimulus funds among every man, woman, and child in the US, it would have been about $7,000/person. I don't really know enough about the mechanisms that exist in the "symbiotic" relationship between Wall Street and the economy, so I didn't have a meaningful response to his comment.

Obviously, $7k/person would be a huge boon to most families, as it would increase Americans' abilities to spend/reduce debt. But you make an important point about the link between higher stock prices and consumer confidence. That could very easily be absent in this scenario. It seems to me that if "trickle down" economics doesn't work to get wealth to the middle class, "trickle up" stimulus could face similar problems getting liquidity into the banking system. This is really fun to think about and is at a higher level than which I usually get to engage clients."

Small and medium sized businesses (SMBs) are imperative drivers of economic expansion, job creation, and innovation in the U.S. There are around 29 million businesses with fewer than 500 employees, representing 99 per cent of all US businesses and almost half of total private sector employment. The SMBs are the hardest hit by COVID-19 pandemic forced inescapable shutdown.

The dilemma is: Why should the monetary and fiscal authorities rescue not one or the other but both in tandem? Why that cannot be done without rescuing the U.S. Stock market?

Unlike most other countries in the world, economists, policy makers and people in the U.S. in general consider stock market an excellent indicator of the U.S. economy. Here, exposure to the stock market (Wall Street) is quite extensive and widespread. One obvious reason is that people's retirement funds comprising of individual employee contributions as well as those of the employers are all invested in the market in mutual funds, bond funds, and so on, which as of December 2019 totaled $33 trillion.

Buying a stock of a company is the same as owning a part of the company. No one individual or a group of people can start, say a $1.34 trillion company like Apple from the get-go. But the stock market allows everyone who wants to own a part of Apple company can easily own one in a split second online and get a share of the profit in the form of dividend and capital gain (or loss) once the stock is sold. Absent stock markets, only large private equity investors and financial institutions could profit from America's free market economy.

The U.S. financial markets facilitate businesses raise capital by selling shares easier than in other countries globally. That requires selling shares of the company to the public through an initial public offering (IPO) of shares to investors at large. An IPO process of raising capital reflects promises that the company is strong enough to be successful. Obviously, the company will no longer be a single proprietor business - it is owned by stockholders - the founders can retain a controlling interest if they own 51 per cent of the shares. We thus see how capitalism works through the Wall Street - IPOs provide the much needed capital for companies to grow large enough to gain competitive advantage through economies of scale.

Among the benefits investors gain by investing their savings in the stock market is holding the purchasing power of their money by beating inflation over time. Historically, stock prices, for example S & P 500 index (SPY), increase 7 to 8 per cent a year on average -after adjusting for inflation. The U.S. inflation rate is among the lowest and stable - for example, over the last 20 years the average inflation rate remained around 3 per cent and less than 2 per cent since 2009. That's enough to compensate most investors for inflation risk of owning stocks rather than bonds or keeping their money in a banks' savings account.

Stock market is a forward-looking indicator of the directions of movements of many key economic variables such as output, employment, inflation and so on. For example, stock price increases are driven by investors' confidence in the products and performance of a company, which are formed from favourable news and analysts estimates about the profitability and growth of the company. Declining stock prices reflect investors loss of confidence in the company's ability to operate profitably in the near future.

When the economy expands, stock market grows, which in turn helps the economy grow as well, setting a symbiotic inertia of merry-go-round up to a certain point. Once that point is reached, irrational exuberance draws in a confluence of factors impinging on the economy as spoilers- market crashes. These factors include accelerating aggregate demand, inflation, and inflation expectations. The Federal Reserve then will be forced to raise interest rate to combat inflation which will depress both business capital spending and the stock market, and hence the economy.

Since the stock market is an indicator of confidence in the health of the economy, a market crash can negate economic growth painfully. As stock prices decline, raising capital by businesses become difficult. Therefore, lower stock prices imply less wealth for businesses, pension funds, and individual investors. Firms often fail to generate needed funding for operations and expansion. At the same time, a decline in the value of retirement fund discourages consumer spending. Therefore, stock market collapse adversely affects the nation's economy with the decline of personal consumption (70 per cent) and business investment (18 per cent) -- two of the major components of GDP.

Worse yet, if stock prices remain depressed over a prolonged period, new businesses cannot grow by generating funds through issuing IPOs while other firms which invested their own funds in stocks would run out of funds to pay employees, or fund workers' pension plans. Older employees may find their retirement wealth decimated so badly that they do not have enough money to retire.

Given the economy is still near shutdown with 22 million unemployment claims (as of April 15) and counting, the on-going Wall Street's V-shaped stock market recovery (gaining nearly 27 per cent between March 23 and April 14) seems unreal and unrelated to the economy - an aberration from the symbiotic nexus between the two. This stock market's ecstasy may largely be ascribed to the $6.2trillions of shared emergency relief measures initiated by Federal Reserve and the U.S. Congress - understandably more so because of the Federal Reserve's liquidity pumping to the financial institutions. Investors are also somewhat buoyed by news and expert views that the coronavirus may be at or near a peak - in many cases, plateaued and in some cases reverting, potentially allowing businesses to reopen soon. Besides, market participants may be thinking that the Wall Street overreacted to the eruption of the COVID-19, staggered too much and too fast - and now is the time to jump in before it is too late.

Finally, as to Thomas Reid's avowals about "trickle down" and "trickle up" from emergency relief funds:  If the entire $2.3 trillion stimulus funds were to split among the people -- regardless of needs -- while nothing for the SMBs devastated by the COVID-19 pandemic, then after spending the $7000.00, workers would find themselves jobless since their employers were mostly uprooted and done with.  Besides, recipients will spend most of the money on unpaid credit card debt and outstanding rent thereby generating very little consumer spending -- hence very little "trickle up" while rescuing distressed SMBs to keep workers employed will have strong "trickle down" impacts through continued employment. People like me who do not need the stimulus money would simply put the money in the stock market or in savings account - having no impact on aggregate demand. Alas, what a waste that would be?