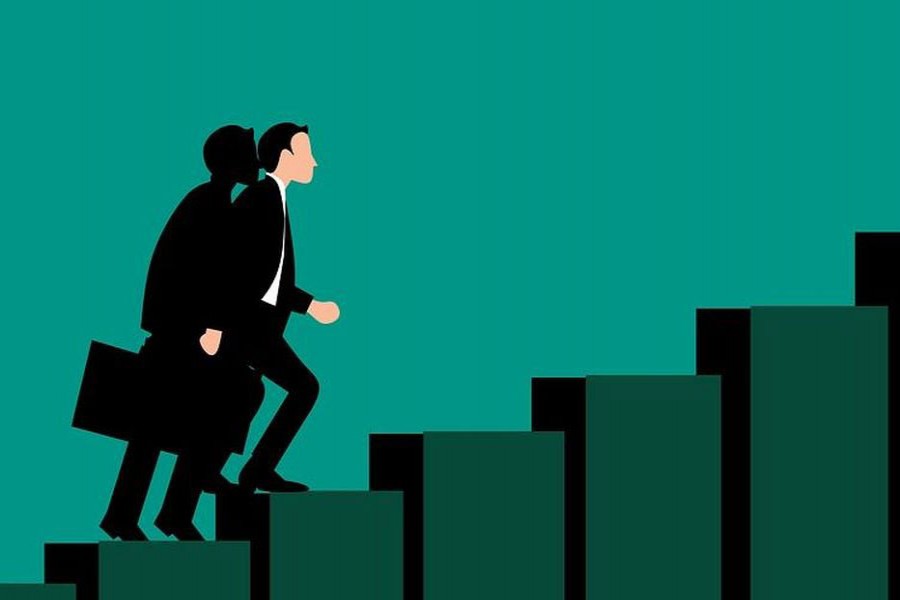 Unemployment situation in Bangladesh has become a challenge for the government. The country has failed to create adequate jobs despite higher economic growth in recent years.

A large number of potential workforce remains unutilised or underutilised; nearly one-third of the country's youth are either unemployed or underemployed. The situation is worse for female youth with a higher unemployment rate, in spite of their educational qualifications.

GDP (gross domestic product) growth that does not ensure enough jobs, hardly benefits the greater section of the society. Despite increased growth, private investment has stagnated. Rate of productivity has also declined although inflation remains favourable.

In the 2000s, the country's economic performance was impressive, thanks to strong employment growth until 2013. However, such trend is now showing signs of stagnation. Sluggish labour market growth and an emerging demographic dividend have otherwise created causes of concern.

Of all the groups in the labour force, the youth aged 15-19 years have the highest rate of unemployment, more than four times the rate of unemployed people aged 35 and above, as statistics show. School dropouts are mostly unemployed.

Young people who are looking for jobs at home and abroad may be provided with skills required at different industries. This can be done through investment in public-private partnership (PPP) projects and collaboration with employers.

A recent World Bank study suggests, the government should move to formulate a national employment strategy to address the issue of slow job growth. Such a strategy should aim at increasing the pace of formal job creation, raising quality of jobs in both formal and informal sectors.

When domestic jobs are growing at a slower pace, opportunities in major overseas destinations have been limited as well, except the increase in demand for female workers in a small number of markets and in selected occupations. Exports that create many jobs also remain highly undiversified. Thus, employment is limited to a few areas.

The said employment strategy needs to be developed following extensive consultations with stakeholders. The Ministry of Planning may lead the process of its formulation with support from the International Labour Organisation (ILO). The Ministry of Labour and the Ministry of Expatriates' Welfare and Overseas Employment should be responsible for implementing it.

Various analysts blame the education system for growing graduate unemployment. Advancement of artificial intelligence (AI) in the developed world indicates a similar technological leapfrogging in Bangladesh in the coming years that could threaten many existing jobs.

However, a significant development has taken place in terms of reforms in the garment industry to improve safety, following two major industrial accidents. This also led to closure of some informal or semi-formal factories resulting in loss of jobs.

Now, the government needs to identify the causes of slow job growth in the private and NGO sectors. Jobs grew mainly in the services sector, while the agriculture sector is not creating much jobs unlike in the past.

Labour-intensive growth and creation of decent jobs are critically important for a labour-abundant country like Bangladesh.

Employment cannot grow fast enough when private investment is stagnating. Private investment in the country has been hovering around 22-23 per cent of the GDP for many years. Domestic reforms as well as initiatives to liberalise trade policy regime for improving the investment climate are urgently needed to rejuvenate employment growth.