Reining in the smoking menace at restaurants 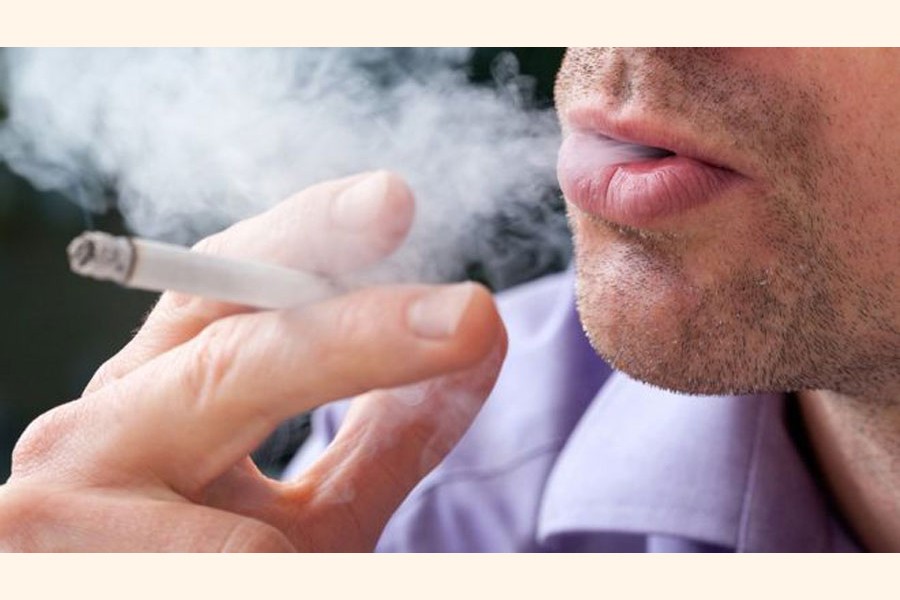 That smoking causes serious diseases is widely known. Still, most people in Bangladesh do not seem very concerned to protest against this issue. Additionally, the dearth of laws that can address the situation is affecting the health of many non-smokers and children. To achieve the slogan coined by World Bank "A win-win for health and the economy", there is no alternative but to curb smoking.

According to the World Health Organisation (WHO), tobacco consumption, in any form, kills more than 161,000 people on average every year. This is nearly 19 per cent of all deaths in Bangladesh. Besides, cardiovascular diseases (heart-related conditions) are among the top tobacco-related causes of death in Bangladesh. Such diseases kill 66,749 people on average every year, which is a whopping 41 per cent of all tobacco-related deaths in Bangladesh.

Another major reason for premature deaths in the country is cerebrovascular diseases. These are conditions caused by insufficient blood supply to the brain. This accounts for 24 per cent of all tobacco-related deaths. This is why tobacco consumption and smoking is a significant health concern for the economy.

The economic losses are also high. A World Bank report said that the total economic cost of smoking in the world exceeds US$ 1.4 trillion per year, equivalent to 1.8 per cent of the world's annual gross domestic product (GDP). Another report has mentioned that over 40 per cent of children now have at least one smoking parent. Tobacco users as well as smokers who die prematurely deprive their families of income and increase the cost of healthcare, thus hindering economic development. Aside from these economic losses, some experts in developed countries have suggested that governments can allocate funds for tobacco-related disease prevention programmes to help people who want to quit smoking.

The nuisance of smoking in restaurants in Bangladesh is still prevalent. While, the situation has improved significantly in recent times in comparison to that of the earlier years, the progress would have been more significant if awareness was raised among restaurant owners and those violating the law prohibiting smoking in public places were fined.

A recent study surveyed 372 restaurants in 16 districts of Bangladesh between April 2018 and March 2019 to understand how strictly the Smoking and Tobacco Products Usage (Control) Act is being implemented in these restaurants. It was found that only about 61 per cent of restaurant owners are aware of the act. Of them, around 7.5 per cent have violated the law by allowing their customers to smoke within the restaurant. It was also found that the owners breached the law in fear of losing their customers. They are also afraid of forbidding influential people from smoking in their premises as such a move can constrain their business.

Experts have suggested that the government take stringent measures against some restaurants that are indirectly promoting smoking by setting up smoking zones. As most of the smoking zones are not entirely detached from the rest of the restaurant, these continue to be a menace for non-smokers at the restaurant. As a result, the zones can be considered as a kind of eye-wash.

Due to these reasons, law enforcers should take steps against restaurants with so-called 'smoking zones' as these are mostly dysfunctional. Awareness should be raised about the concerned laws among restaurant owners and people from all walks of life.

Besides, imposing more tax on tobacco will effectively curb its use. A recent study in China estimated that a 50 per cent increase in the price of tobacco through excise tax would lead to 231 million years of life gained, and the cost of treating tobacco-related diseases would decrease by US$24 billion. A World Bank report from this year has also revealed that higher taxes on tobacco products can reduce tobacco consumption and improve public health, while also increasing government revenues that can be used to fund priority investments and programmes that benefit the entire population.

In addition, a national tobacco control programme may be considered under the National Tobacco Control Cell to formulate and conduct awareness programmes, research on tobacco consumption, mass campaigns, and alternative livelihood programmes for tobacco cultivators. Apart from these, the people need to take a stand against smoking and tobacco consumption, habits that take away life bit-by-bit.