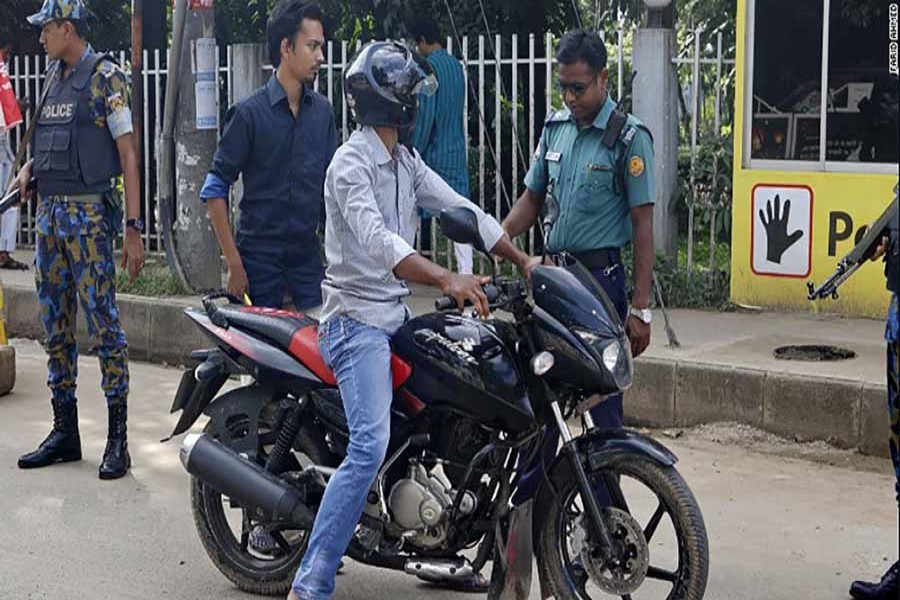 RECENTLY Dhaka Traffic Police went down hard on a number of vehicles that violated traffic rules. Many of the offending vehicles were found belonging to high officials of the government. They were found guilty of driving on the wrong side of the road and some of them did not have updated documents.

This commendable action was praised by all and sundry. The vehicles were sued and fined. Our experience tells us such incidents are not rare as we often see cars and motor cycles violating traffic rules on the slightest pretext.

I am sure the recent police action will make the vehicle drivers aware of the punishment they deserve if they violate traffic rules. The common people have already voiced their support for the police action. But it is important that the police should immediately take registration numbers of all the vehicles found guilty in their operation and issue instructions to all members of the force to keep the guilty vehicles under watch so that they do not dare commit the same crime again.