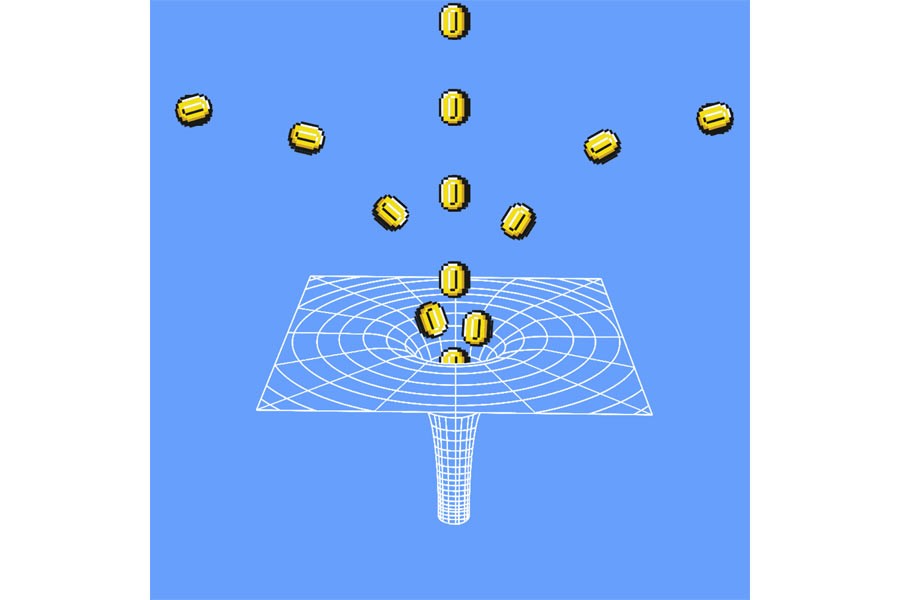 Amidst all the indices plunging unabatedly and the daily turnover reaching its lowest level in six months, a move is on to inject yet another large sum of money in the stock market to buoy it up.

When a group of 20 stock brokers and merchant banks on October 24 last submitted a proposal to the Ministry of Finance seeking a fund of Tk 100 billion to help arrest the continuous erosion of the market, not many people took it seriously.

But it seems that the finance ministry did not readily dump the proposal into the wastepaper basket.  Instead, it sought a work plan from the initiators of the proposal which the latter obliged. The stock brokers submitted a work plan on December 05 last.

The ministry has sent the plan to the Bangladesh Bank and the Bangladesh Securities and Exchange Commission (BSEC) seeking their opinions after a thorough review.

The stock brokers reportedly have sought the fund for a period of five years at a flat interest rate of 3.0 per cent and suggested taking their portfolios as collateral.

However, there remains strong scepticism about injection yet another fund when identical move in the past had failed to buoy up the market.

Following the crash of the market in December 2010, the government came up with a number of measures, including injection of funds and policy measures, to help the market regain the investors' confidence.

After the debacle, the government provided Tk 9.0 billion under the capital market refinancing scheme to help the most-affected small investors. The Investment Corporation of Bangladesh (ICB) handled the fund.

Then again the ICB floated a Tk 5.0 billion fund called The Bangladesh Fund for the purpose of revitalising the market. However, it could manage around Tk 1.8 billion. Here also, the bid failed to deliver anything tangible. Rather the fund has suffered a loss of Tk 5.0 billion

With this kind of results, one cannot be blamed for being sceptical about the injection of fresh fund to help the market make a turnaround.

Moreover, the Bangladesh stock market behaviour is altogether different from most other markets across the world.

For instance, when the market had crashed for the first time in 1996, the government or any other agency did not come up with any kind of rescue measures. It remained more as a non-entity in the country's financial sector for more than a decade.

The turnaround that started in 2007 was not spontaneous or natural. Some people in a planned way started buoying up the market artificially. So, it did not last for a longer period and the market collapsed in December 2010.

At that time the government did come up with a number of rescue measures. But, unfortunately, those had no effect and the market continued to be dull and drab barring occasional flare-ups.

Contrary to Bangladesh situation, the stock market in neighbouring India does experience crashes, big and small, very often. Booms and busts of the stock market is a regular phenomenon there. After a crash, it does not take a long time for the market to regain buoyancy.

That the Bangladesh capital market does not have the strength to influence the economy is evident from the country's ongoing economic growth rate. With the stock market performing its worst, the economy recorded an impressive 8.15 per cent growth in the fiscal year 2018-19 and it is poised to grow almost at the same rate this fiscal also.

Had the market been strong and vibrant, it would have been a plus point for the economy, no doubt. At least, some companies could mobilise long-term funds for investment and small investors earn handsome dividends for their sustenance.

A moribund stock market, of course, does not go well with an economy growing at a healthy rate. But Bangladesh economy, it seems, is not affected in any significant way by the same kind of market.