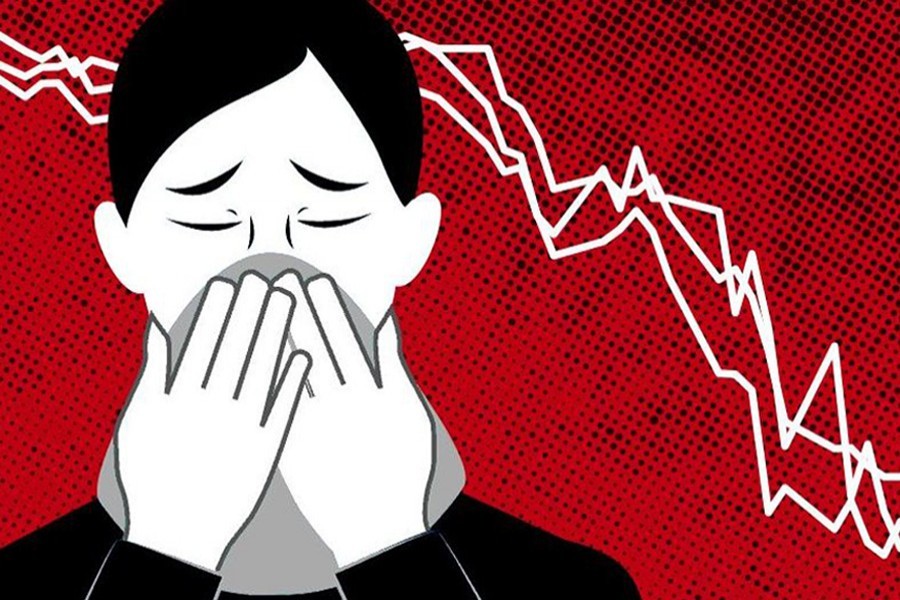 Bangladesh is destined to lose the tremendous economic growth momentum it has been witnessing in recent years. The sub-microscopic novel coronavirus that is wreaking havoc across the world has already placed the economy in a reverse gear.

The question is to what extent the current crisis will hurt the economy.

The International Monetary Fund (IMF) in its Global Economic Outlook report, published on Tuesday, made a prediction that the country's economy will grow at a rate of 2.0 per cent in FY20 as against the 3.0 per cent contraction of the global economy.

Yet Bangladesh is among a few countries that are projected to have positive growth figures in FY 2020. Most economies, including the giant ones, according to IMF predictions, will have very high negative growth during the year.

The good news is that the Fund has predicted a substantial rebound of the Bangladesh economy in the next fiscal (FY21), recording the highest ever growth at 9.5 per cent.

The growth projection made by the WB in its latest regional update, has, naturally, irked the country's policymakers. At least three of them---Finance Minister AHM Mustafa Kamal, Planning Minister Abdul Mannan and Planning Commission Member (General Economics Division ) Prof. Shamsul Alam--- have trashed the projection. They said the WB estimate was not based on facts and ground realities. The finance minister described the WB prediction as 'premature'.

There is no denying the economy even without the outbreak of Covid-19 was unlikely to grow at the officially projected rate of 8.2 per cent. The decline in export receipts and remittances and stagnancy in private investment during the first half of the current fiscal year were all indicative of a slowdown to a certain degree. But the drop in growth rate would not have been that notable.

It is equally true that progress made in the first eight months in other areas of the economy would partially compensate for the damage now being caused to the economic activities by the pandemic. But it is really difficult to calculate the extent of damage since none knows for sure how long the deadly bug would continue to stalk humans.

Multilateral institutions are describing the recession that is now in place as the worst since the Great Depression of 1930s. None can predict what will happen ultimately. It is a health emergency having unprecedented impact on everything under the sun.

Is it, however, necessary for our policymakers to react to such predictions instantly, no matter how rash they are? According to IMF predictions, almost all developed economies are to experience negative growth ranging from 5.0 per cent to 12 per cent in 2020. But none from these countries has so far reacted to IMF projections.

Multilateral institutions do make predictions from time to time. Not all predictions come true. So, it is better not be concerned about those.

The country's policymakers should rather concentrate all their attention on containing the coronavirus outbreak and devising strategies for partial as well as selective resumption of economic activities, when situation permits. The vast majority of people are showing signs of desperation to resume work and earn their livelihoods. And the government cannot ignore that sign. Nor can it ignore health risks involved in selective start of economic activities.