Poverty: Up and down the line 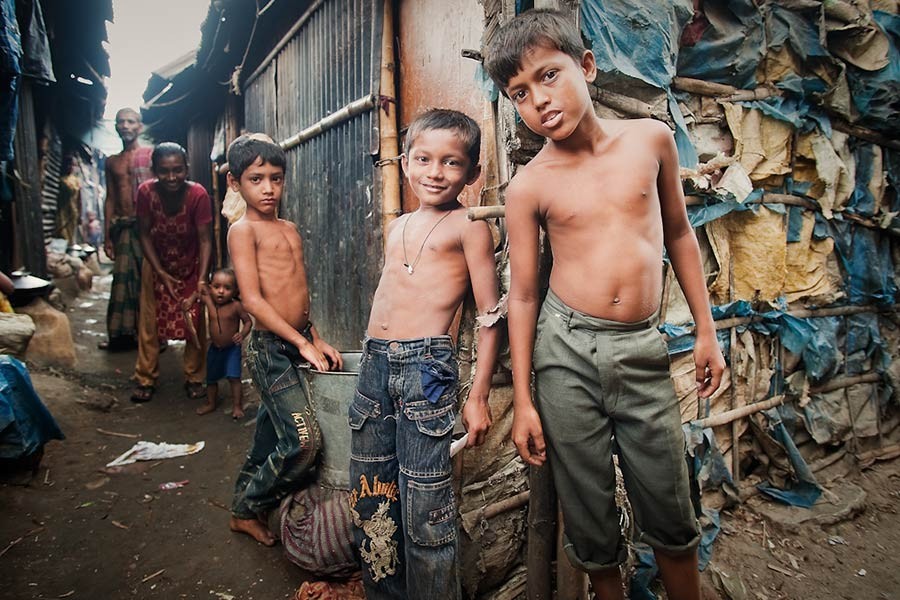 In a static stance, measurement of poverty shows the proportion of people under the defined poverty line. This measurement bypasses the movements in and out of poverty trap. In a comparable context, however, some people ascent, some descent and some walk along the fixed poverty rope. They may or may not be the same set of people. Discourse on poverty dynamics, that takes note of the changes as just mentioned, is relatively rare everywhere, if not non-existent. Possibly the lack of appropriate dataset to dig into the hole is the cause behind this.

In a discussion paper published by International Food Policy Research Institute Researchers in 2018, researchers Akhter U. Ahmed and Salauddin Tauseef showed how poverty dynamics work in rural Bangladesh. They analysed the proportion of population who are always poor, always non-poor (base category), those who moved out of poverty and fell into poverty etc. In their paper, the authors attempted to "Re-invent the wheel" leaning on a nationally representative panel dataset of five thousand or so rural households. The households were interviewed in 2011/12 and 2015 with structured questionnaires. The study could provide two important benefits to researchers and policy makers. First, it is based on most recent dataset to reflect on contemporary contexts. Second, using sophisticated regression models, the findings of the research amply point to the determinants of persistent and transient poverty that might shed light on the required poverty related policy palliatives needed at this time.

According to the survey-'Bangladesh Integrated Household Survey or BIHS' as they call it-roughly 60 per cent of the rural population never fell into poverty during the two rounds of survey, while about one-fifths of rural population remained persistently poor during the same period of time.

However, they noted, "there is evidence of a remarkable degree of longitudinal mobility in both directions, with 15.50 per cent of population moving out of poverty and 9.40 per cent falling into poverty between the two rounds of BIHS".

What are the factors behind such movements? As far as poverty dynamics is concerned, demographic status seems to steal the driving seat by emerging as an important determinant of poverty. Older household heads lessen the likelihood of falling into poverty while larger household size and higher children dependency ratio pushes up the likelihood of poverty. This is consistent with other findings. The alleged stagnancy in total fertility rate as well as in the use of contraceptives   over recent few years, following weaker family planning campaign,  indicates that population increase is the propeller of poverty and  thus calls for more emphasis on containing the  population growth rate.

Wealth indicators such as the value of savings, value of assets and decimals of owned agricultural land are reported to be negatively correlated with persistent poverty. This finding can help to conclude that, savings and owned land are important for decreasing the likelihood of falling into poverty.

Mobile phone and access to electricity are shown to be statistically significant factors by way of feeding information especially on agricultural technologies and marketing. Electricity affects education. It can be recalled that in a village in the Philippines, world famous economist Yujiro Hayami found that access to electricity also reduces fertility as couples spend more time on night works and watching TV entertainments. Likewise, access to sanitary latrines helps good health, increases productivity and ensures better wages to keep the poor on an even keel.

While it is being widely recognised that social safety net (SSN) transfers, in kind or in cash, tend to protect the poor from various shocks and natural disasters, the authors inform us about an insightful result. It is that there is statistically significant reduction in the likelihood of households in persistent poverty (also poverty over time) when the households receives a safety net transfer of at least Tk.1500 per month. "The model was run with various other transfer amounts below 1500 taka, but we see a statistically significant reduction in persistent and transitory poverty only when a household receives a monthly safety net transfer of at least 1,500 taka per month". This could be instrumental for the country's policymakers grappling with SSN and escape from poverty.

There are two more determinants to the dynamics. One is the engagement in rural non-farm activities - measured as share of non-farm income to the total income. The higher the share, the lower tends to be the likelihood of falling into or remaining in poverty. Second, increase in women's empowerment, capturing the roles and extent of their engagement in selected domains in agricultural decision making reduces the likelihood of households remaining in persistent poverty. The obiter dictum of this statement sounds more significant: "not only is women's empowerment vital to poverty alleviation, so is the need to free women from violence and subjugation…our findings suggest that households where the primary female decision-maker faces domestic violence are more likely to remain in poverty over time, that is, remain persistently poor".

One could argue that three to four years is a pretty short time to look at the dynamics of poverty but the representative character of the sample and its size befits the kick-off to a long-term lookout. The policy tips warrant serious attention from policymakers.

Abdul Bayes is a former Professor of Economics at Jahangirnagar Universisty.