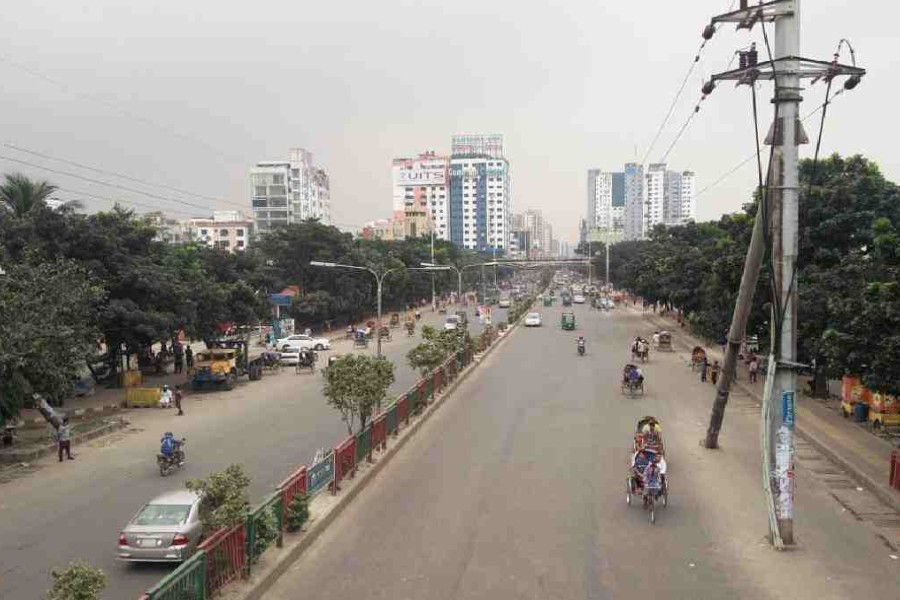 In this article and the next, the Post-COVID Recovery series assesses some of the positive and negative spillovers, respectively, of the very pandemic. Some have been referenced, but navigating them more purposefully for policy-making elaboration and nuances also deserves some attention. Among the positive spillovers: environmental improvement; crime reduction, in particular smuggling; resuscitating health priorities; creating space for economic/social restructuring; and relieving burned-out rigours and lifestyles we humans unwittingly deepen daily.

Clearly, the environmental rewards have caught everyone's attention. With governmental metropolitans grinding to a halt, air pollution has vanished, more faces of Mother Nature can be seen: from the blue-sky hitherto hidden by smog to thicker forests as timber-chopping gets completely stopped, thus opening pastures for our brown-collared bird visitors, some rarely if ever seen before, and the sound of bees buzzing in stark metropolitan daylight now that honks, horns, and rickshaw-bells do not drown them. Dumping into, or diverting, river water, but particularly clamping down on industrial fishing breathes as much new waterway life now, just as respite from chemicals being pumped into the soil begins to regenerate farmlands.

Of particular note is how factory closures further clip carbonated emissions. A twin-sided assault on petroleum, in fact, may make this first 2020 quarter atmospherically cleaner than others: both factory closures drastically cutting oil consumption and the independent price-collapse from two self-seeking producers, Russia and Saudi Arabia, against a third, the United States, single-handedly tweaks a fossil-fuel dominated 20th century global modernization.

Whereas the independent growth of renewable energy sources might find a huge boost, it exemplifies what, in two or three months of a lockdown, many countries may decide to do: soften the open-ended material race to smell Mother Nature's flowers. We will be able to distinguish these countries from their counterparts: the latter will dash to hurriedly make up for lost time, that is, by opening highways to traffic, factories to overtime, and farming for both fish and food, and accelerating lumber extraction; but the others would slow this resurrection. Staggered, any lockdown evaporation might help temper any 'make up for lost time' gush; while growth with the flower-whiffing inclination may also nip the temptation to resort to pollutants.

Without drugs, humans, or money to smuggle, huge crime areas might be squeezed out of survival capacities (not to mention the huge amount of remitted money smugglers re-channel outside Bangladesh). Smugglers will themselves be hurting during the pandemic, for food, mobility, and income, some perhaps to the point of repenting past crimes, or find crime windows/doors not opening for them, or simply be displaced by others. It is this retreat to criminal activities that a mobilised and repurposed police-force can slow, complicate, or even disrupt if the appropriate actions can be formulated and implemented during the lockdowns.

What a huge difference that would make! Consumers would be hard-pressed to find illegitimate products. If it be a drug, perhaps the present dent on consumption could be extended more permanently for some: a 2-3 month break involves time and space for recovery from withdrawal symptoms; and since consumers are themselves normal human beings with an addiction weakness, it will become easier for them to see the light when needed, then follow through commensurately. Particularly illegal migrants might rethink moving.

Clearly, health cannot remain behind the steering-wheel of so many individuals without elevating the desire, perhaps urgency, of proper maintenance. One might have noticed how the COVID scare pushed many individuals to voluntarily withdraw from the public, and even the defiant few, who could have been driven by homelessness, poverty or a simple bravado attitude, chose, by and large, to wear a mask. Clearly, preserving health emerged so conspicuously as a vital interest under the pandemic that it may never reappear as it was under routine lifestyles again, even with worsening smog. Whatever was a possible health scare, may now be seen as a probable one, as under the COVID cloud, meaning industries producing protective personal equipment (PPE), masks, sanitisers, will undoubtedly spiral.

One might draw the fairly sensible conclusion that within each household, henceforth, more attention will be paid to better health. We will get some confirmation from the nature and volumes of pharmaceutical sales (and thereby production). Health always finds its stock-market value climbing when environmental conditions show discernible improvements. So we may see, at least briefly, a virtuous cycle unleashing itself in many societies and countries.

Countries that keep a tab of these positive changes, but particularly take practical measures to preserve them, for example, or enact new legislations, will get the opportunity to move from the defence into the offence by changing the sources of the damages. Traffic, for example, may be allowed to resume, but under greater calibration, such as staggered plying dates, or more stringent emission regulations, or even the prohibition of factory fuels; and to curb bribery, every policeman on duty must henceforth video his/her performance for review submission each day. Factories could also shift in similar directions, with greater upward worker-mobility, staggered work-hours, energy supply alternations, at the most, even ceasing to produce items environmentally not bio-degradable, such as plastic-based. Many such measures, under SDG (sustainable development goals) provisions, may already be on the long-term hit-list. One COVID consequence could shorten that leash.

Bangladesh's inevitable rendezvous, for example, with upwardly-spiraling labour skills and wages could be consummated now, instead of a decade later. Or, traffic could be more stringently regulated now than ever before, even shift more in the solar direction than coal or oil. Then require visionary leaders. More essential is a public sufficiently better versed about the opportunity costs of their current COVID benefits should they return to damaging past habits, styles, and preferences. Without life-changing styles no game-changing calculations can be made, whether in economic priorities, social or environmental. The choice really boils down to continued complications, eventually making these our future killers, or a revamped future.

These take us to the final clearly visible advantage. Though many citizens in virtually every country may feel bored staying locked up at home, they may be disguising an essentially needed internal peace reflecting body functional equilibrium only the quarantine could have brought. Too little time is also left to touch other life aspects, or simply catching one's breath before the next day's work, or at the end of the work-week, for the coming work-week. That will not be the case during this pandemic. Other productive outcomes may follow, like writing. For all, it would be a rare regenerative phase in this modern hustle-bustle capitalist world, itself a rarity in human history. A positive mind almost always translates into improved health.

Just recapitulating positive vibes releases yet other positive vibes. We should not let the baby being washed in a COVID bathtub be flushed out with dirty COVID water when the plug is removed (quarantine ends).