Police must use helmets while driving motor cycles 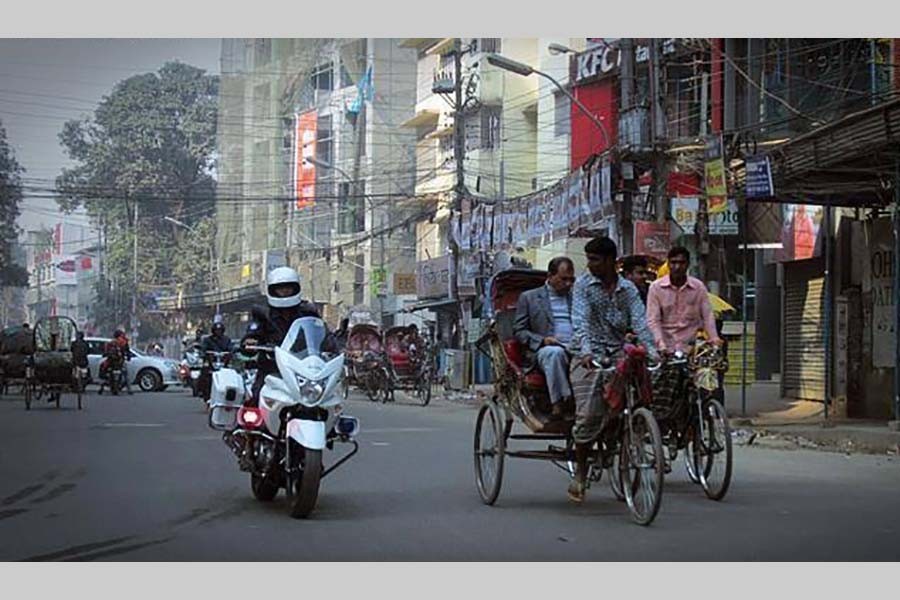 €Image used for representational purpose only

THERE are specific regulations for drivers formulated by appropriate authorities in every country. Bangladesh being no exception, there are specific regulations for drivers of motor bikes. Although members of police are to ensure maintenance of law and order in the country, some policemen are seen without helmets while they are driving motor cycles. This should also be considered as an act of violation of traffic rules and be dealt with according to laws of the land. It is embarrassing for the entire police force. Members of the law enforcing agencies should be asked by the authorities concerned to set examples so that the common people are encouraged to follow traffic rules and regulations  while driving a car or a motor bike. It is indeed very heartening that police recently instituted court cases against drivers of some cars belonging to MPs and other VIPs accusing them for violating traffic rules. This was widely publicised in both print and electronic media and there were lavish praise and appreciation for the police force. Series of articles were published in praise of the exceptional move taken by traffic authorities.

We hope, it would not be an end in itself. Similar steps should be taken as and when traffic rules are violated.