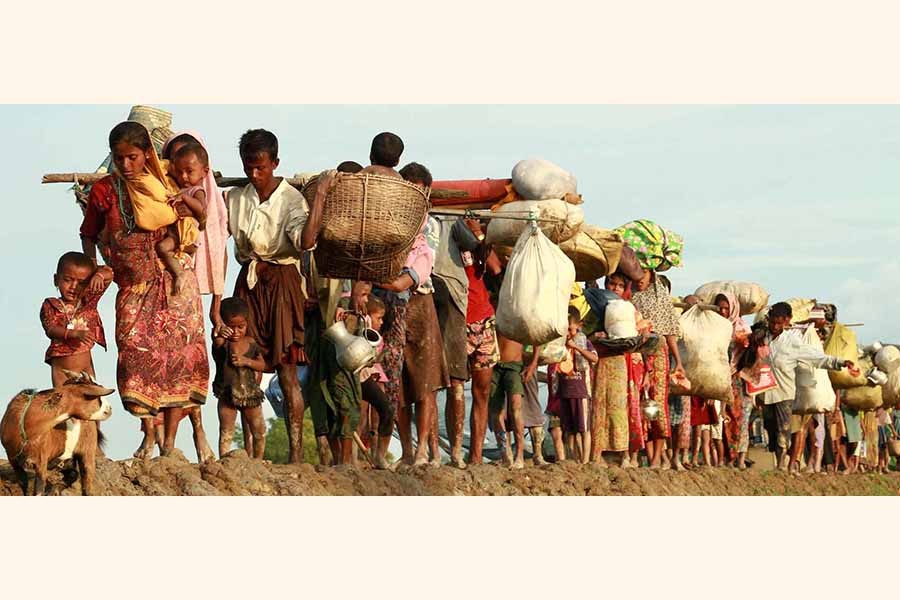 AS Myanmar armed forces continue their operation, the oppressed Rohingyas have been fleeing their homes to save their lives and taking shelter in Bangladesh. Bangladesh has been magnanimous to provide these ill-fated people with food and shelter. Although the violence and brutality accompanying the operation of the Myanmar army has calmed down slightly, the Rakhine state continues to bleed. Fires continue in Myanmar villages according to Amnesty International.

In such a backdrop of continuing blood shed, the speech delivered by Prime Minister Sheikh Hasina in the General Assembly of the United Nations stands out as an epoch-making event. She called upon the United Nations and the world community at large to exert pressure on the Myanmar government to stop the genocide under the guise of cleansing operation and allow the Rohingyas to return to their homes with full safety and security. The Prime Minister sought immediate UN and global interventions to reach a permanent solution to the protracted Rohingya crisis. She also requested the world body to immediately send a fact-finding mission to Rakhine. She deserves to be thanked profusely.

Already more than four hundred thousand Rohingyas have taken shelter in our country and the number is rising. As Bangladesh is not a rich nation it is not possible for it to give shelter to the Rohingyas for an indefinite period of time. The world community and international organisations should come forward to tackle the grave humanitarian crisis.