Pension for the private sector employees 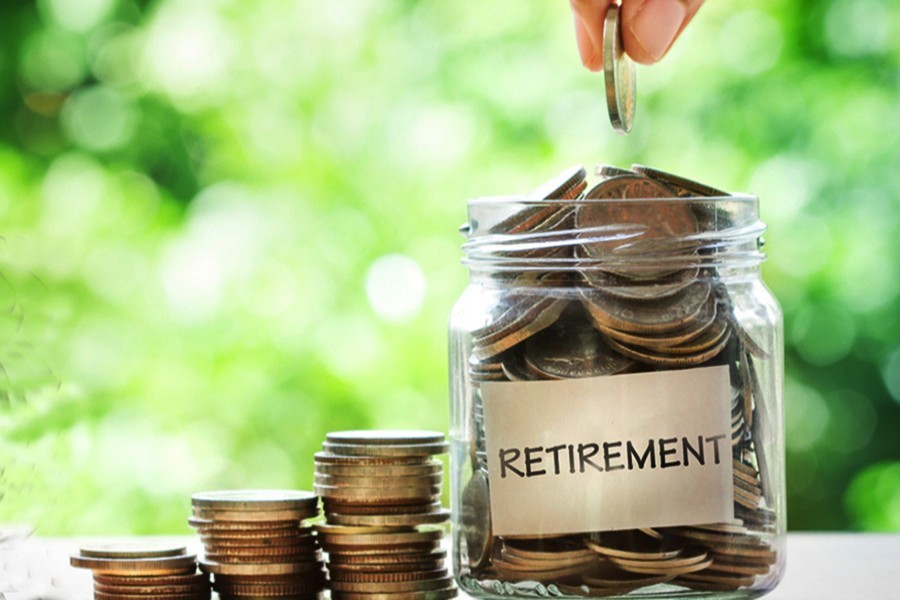 The government sought to make a law in 2015 to introduce a mandatory pension scheme for the private sector employees. It was aimed at helping the elderly people at the fag-end of their lives. But the plan could not be materialised as yet.

People familiar with the developments say the matter is lying with the finance ministry for a detailed study on how the voluntary pension system can be introduced in the formal and informal private sectors. The Planning Commission (PC) had proposed it for enhancing social-safety net for the people in the country.

There is no law providing for a comprehensive pension system for the elderly people in the country's private sector like those in the public sector. Implementation of the scheme may not begin shortly as the law and other related regulations will have to be passed by parliament.

The PC had proposed a three-tier pension programme. It said private-sector pension system is meant for employees in formal private sector. Under it, employers and employees will both contribute a certain amount to a fund every month. After retirement, the employees will get the money as monthly pension.

Currently, some structured private companies in Bangladesh give gratuity as retirement benefit as the government offers no pension for the private sector. Some organisations in the private sector have contributory provident fund.

A study of the Bangladesh Institute of Labour Studies (BILS) says people employed in the informal sector are deprived of benefits and social protection in the absence of employment contracts and identity cards. Although the informal sector employs 86.2 per cent of the workforce, it neither complies with labour laws nor promotes decent work culture, according to the study. In most cases, informal workers face vulnerabilities at workplaces for lack of legal coverage. Some 61 per cent of the workers reported the practice of job expulsions without prior notice. Moreover, they do not enjoy decent working hours, as nine out of 10 workers work over eight hours a day.

There is also widespread wage discrimination in occupations. Some 60 per cent earn up to Tk 10,000 every month while 40 per cent less than Tk 6,000. Some 98 per cent of workers do not even know the minimum wage declared for their jobs.

Wage discrimination exists on a large scale for lack of knowledge and education to negotiate salaries with employers. Some 57.6 per cent of workers do not always get festival bonuses while 86 per cent claim to have never received attendance bonus. Most never get transport and lunch allowance and money for refreshment and training.

Although a lion's share of the workforce is employed in the informal sector, productivity there is very low for lack of required skill.

Given the dearth of official data, it is difficult to even ascertain the various health-related problems faced by people working in the informal economy. According to a report, there are high risks of malnutrition, physical and psychological disorder, respiratory trouble, heart attack etc due to the nature of their work.

It is good to know that the government has recently formulated provident fund rules to introduce the scheme for initially 0.1 million workers in the country's informal sector to ensure their economic security. The labour and employment ministry will tie up with post office and financial institutions shortly in this regard. According to the rules formulated under a provision of Bangladesh Labour Welfare Foundation Act 2006, workers remaining out of the purview of existing labour law will be entitled to provident fund facility.

There are more than 40 industrial sectors including garment, leather, pharmaceuticals, jute, ship-breaking, cold storage, plastic, chemical, fertiliser. These come under formal sector where rights of workers are protected by the labour law. But farm labourers, domestic helps, construction workers, street vendors, cottage industry workers, sweepers, cleaners and security personnel are not covered by the labour law. This means they are involved in informal work.

Reports say that a vast majority of the country's labour force is deprived of their legitimate rights due to lack of proper laws and their enforcement. Also, 90 per cent of the workers in informal sectors are not allowed to form trade unions under the existing laws. They are farmers, blacksmiths, carpenters, rickshaw-van pullers, domestic workers, construction, electric, shoe, steel and engineering, welding workers, security guards, cleaners, tailoring workers etc.

The rules that have been finalised define workers of the informal sector as those who are not protected by the labour law and who have limited scope of being organised. After getting applications for opening provident fund account, the post office would inform the ministry which would then scrutinise these for approval.

According to the officials, initially informal sector workers' monthly deposit would be Tk 100 and the government will also contribute the same amount to these accounts from the workers' welfare fund (WWF).  The tenure of the provident fund would be 25 years. A worker will not get the government contribution if he or she fails to continue the fund for less than five years.