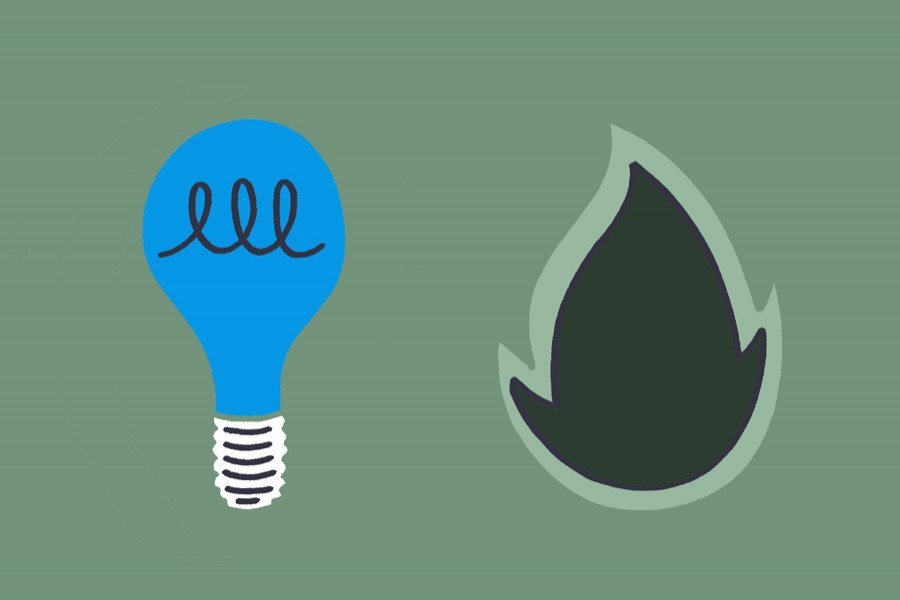 The government has hiked the bulk power tariff by nearly 20 per cent. The new rate comes into effect from December, 2022. It does not come as a surprise. What does come as a surprise is that the Bangladesh Energy Regulatory Commission (BERC) didn't even bother to go through the motions of holding a public hearing, as has been the norm till date. Perhaps the idea was to avoid the inevitable public outcry that various stakeholders, including the Consumers' Association of Bangladesh (CAB) would raise on such a move.

The hike has, however, been minimised since the government will be providing the Bangladesh Power Development Board (BPDB) with a subsidy of Tk200 billion. Had that not happened the revised tariff would have gone up even further. Whilst such statements may be gratifying to those in the driving seat, it does little to help matters at consumer level. Because although we have been assured that there will be no increase of tariff at retail level, the various distribution companies (like West Zone Power Distribution Company Ltd.) are, reportedly, clamouring for a corresponding raise in power tariff. The same can be said about Dhaka Power Distribution Ltd. (DPDC), Dhaka Electric Supply Company Ltd. (DESCO), Rural Electrification Board (REB), all of which are preparing their own respective proposals to be submitted to BERC for such a raise. Why shouldn't they? Since they'll be dishing out money at this new revised (upward) rate to buy bulk power, why would any of the distribution companies bear the brunt? Retail price hike may be deferred for some time, but it is likely to be raised eventually.

The State has raised the power tariff nine times during its tenure in power. With the primary fuel energy mix getting more and more dependent on expensive fuel imports, it is increasingly becoming impossible to rationalise the cost. The depletion of proven natural gas fields in the country which is being beefed up by a mixture of diesel and liquefied natural gas (LNG) points to a scenario where there will be periodic hikes in power tariff. The International Monetary Fund (IMF) (from which the government has sought a multi-billion dollar loan package) has also advised the government to ease off the subsidy it gives to the power sector.

Unfortunately for the Bangladeshi people, the economy has not been faring particularly well this year. In the broader scheme of things, the foreign exchange reserve has been under intense pressure to meet import payments, but the situation has gotten murkier with a fall in inward remittance. On top of all this, the global energy market has been turned on its head due to the seemingly endless Russo-Ukrainian conflict. The runaway inflation for basic food staples has been extremely painful. With an unheard-of spike in fuel prices for transportation coupled with racketeering at wholesale level, prices of edibles are rising at a phenomenal rate on a weekly basis.

The winter is knocking at the door. So city residents are refraining from running their air conditioners at full blast, which according to experts is saving at least 3,000 megawatts of electricity. The government has just announced that 25 per cent more LNG will be imported and there will be no more endless load-shedding. But what is the point of having ample energy if the prices at retail level is raised somewhere down the line? The sad reality is that we still refuse to tap our own proven reserves of primary energy sources. There is simply no way of scaling down energy prices until we move away from the expensive imported fuels, prices of which will always remain volatile, either due to geopolitical conflict or price fixation by producing nations.

Of floor price and financial literacy

Other side of GPA-5 abundance

World cup is the ultimate decider of perpetual greatness

Road tragedy on DU campus that could be avoided

In need of public toilets

BB should explain the actual situation

'There is a silver lining for Bangladesh to this gloom & doom'