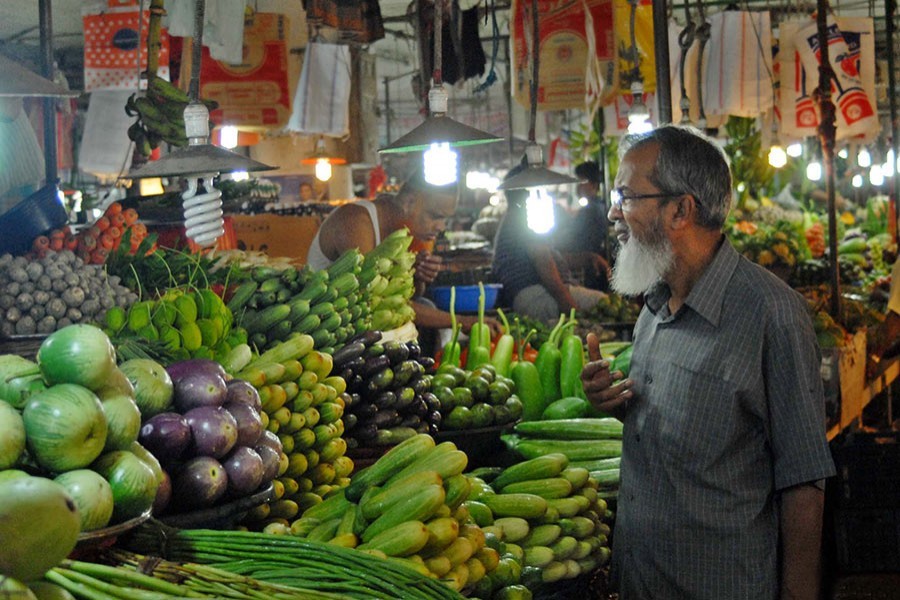 Although the holy month of Ramadan is three months away, consumers have already started worrying about the possible price situation. They have genuine reasons to do so.

Usually, the prices of some items the consumption of which goes up substantially during the holy month record slow but steady rise in the weeks ahead of Ramadan. This time there could be a departure from that trend; many essentials might become costlier even much ahead of the holy month.

The prices of a good number of essentials are already up. The price situation might turn even worse in the month of April next, most consumers fear.

The prices of onion even during its harvesting season are four times higher than that prevailed during the same period last year. It is unlikely the price of the vegetable would come down soon unless India lifts ban on its export. Rather, the reverse might happen.

The prices of some other items have already increased. Edible oil prices are 20 to 25 per cent dearer. Rice is pricier despite the fact that growers are selling their newly harvested paddy at prices well below their production cost. The prices of pulses, sugar, red chillies etc., have also recorded rise.

If the prices of items consumed widely during the month of Ramadan go up further in the coming weeks, the people would be hard-hit. Already, they are finding it difficult to cope with the latest price spiral of essentials.

The inflation statistics, prepared by the Bangladesh Bureau of Statistics (BBS), may say otherwise, but the people are feeling the heat every time they go to the kitchen market.

The BBS data showed the inflation declined marginally to 5.8 per cent in December last from more than 6.0 per cent in the previous month when some essentials had become pricier. Onion alone was selling at prices 10 times higher than that of the same period of previous year. The prices of fish and vegetables were also up during the month.

In neighbouring India, retail inflation, according to the national statistical organisation, soared to 7.35 per cent in December last from 4.54 per cent in the previous month, mainly due to hike in prices of food items and beverages. The prices of vegetables that included onion went up by more than 60 per cent.

If anyone becomes sceptical about the BBS inflation data, he or she can do it notionally. For, no alternative and credible data is available to counter what is churned out by the BBS from time to time.

In the meanwhile, the consumers are bracing for the worse as far as price situation is concerned ahead of holy Ramadan.

That the government is alive to the problem is very much evident from a number of meetings held recently between the commerce minister and importers and traders of essential items. But such meetings, held in the past, had produced little impact on soaring prices of essentials. The results may be the same this time also.

What has happened with onion price during the last couple of months is a glaring example of price manipulation by some unscrupulous traders. Even substantial import of the item at low cost could not pull its price down significantly. Rather, there was a sympathetic rise in the prices of some other essential commodities and the trend is still continuing, in some cases, rather irrationally. If the trend persists, the rate of inflation might go well beyond the government's projection of 6.0 per cent.

The art of being a good project manager

Relationship: Thus far and no further

Many faces of honesty