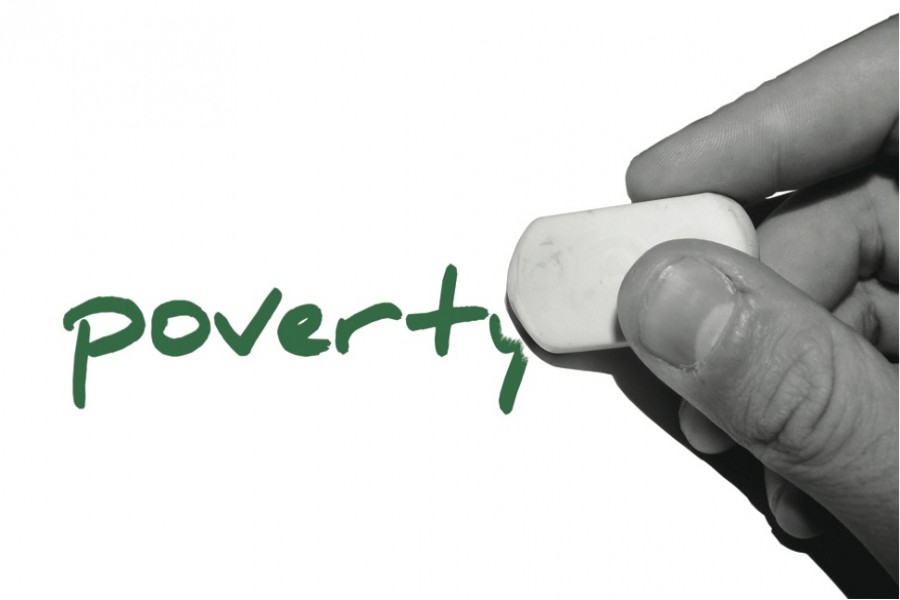 Bangladesh's higher economic growth in the last decade did not lead to faster poverty reduction as the number of poor increased in the western region, said a recent World Bank study. It also said more than half of the population is vulnerable to poverty since their consumptions are close to poverty threshold of $1.9.

However, the finance minister, AHM Mustafa Kamal, does not agree to the WB findings. He told the launching ceremony of the study that the poverty scenario has improved as data used by the Bank is three-year old.

The minister said the government has taken elaborate programme, as stated in the current budget, to end the east-west divide. He wondered how the people who came out of poverty could be poor again.

Financial analysts insist that the policymakers should realise that the current poverty reduction approach through accelerated economic growth is not functioning. Institutional improvement is badly needed than higher investment, while the issue of governance is critical, they say.

More than half of the country's population still remains vulnerable to poverty. Common people spend over 65 per cent treatment cost from their own pockets. Increasing road accidents, natural disasters and exogenous shocks like worldwide economic recession and trade wars increased frequency of vulnerability to poverty.

So, they say, macroeconomic policy should be given priority to address the problems of poverty reduction. Poverty has come down unevenly and as a result historical gap between eastern and western divisions, it has re-emerged since 2010. The study shows poverty increased in Rangpur division, stagnated in Rajshahi and Khulna, while poverty declined moderately in Chittagong, and rapidly in Barisal, Dhaka, and Sylhet.

Tackling urban poverty is critical since more than half of the poor is projected to be living in the urban areas by 2030. In 2010, 21.3 per cent of the urban population were living in poverty and 7.7 per cent in extreme poverty. Six years later, the ratios were 19.3 per cent and 8 per cent respectively.

Such findings are rather perplexing given the tremendous pace of economic growth during the period. About one in four Bangladeshis still lives in poverty, while almost half of those living in poverty live in extreme poverty and are unable to afford a basic food consumption basket. In international standards, the rate of poverty in Bangladesh is relatively high, the report said.

However, Bangladesh has an inspiring story of reducing poverty and advancing development. Since 2000, the country has reduced poverty by half. In the last decade and a half, it lifted more than 25 million people out of poverty.

Still, more than half of the population can be considered vulnerable to poverty, as their levels of consumption are close to the poverty threshold, something that the finance minister strongly disputed.

The stagnation in poverty reduction in services is also concerning. The urban poor may be better off than their rural counterparts in terms of income but worse off in key social indicators.

Many poor urban households live in slums, facing poor housing, insecurity and overcrowding. There is a need for rolling out health safety net programmes for the urban poor.

People are still at the risk of falling into poverty for lack of healthcare. Therefore, urban health safety net has become important. Social protection for the urban poor is a relatively under-focused area in policy discussions.

As the country is facing new and re-emerging frontiers of poverty reduction, especially in tackling urban poverty and poverty in the west, approaches that uncover effective traditional and new solutions must be embraced.

Covid tests, ordeals and the poor

Neither divorce nor decoupling realistic in China-US relations

Importing furniture from China a hindrance

R&D crucial for Bangladesh's next development

How are companies responding to the coronavirus crisis?