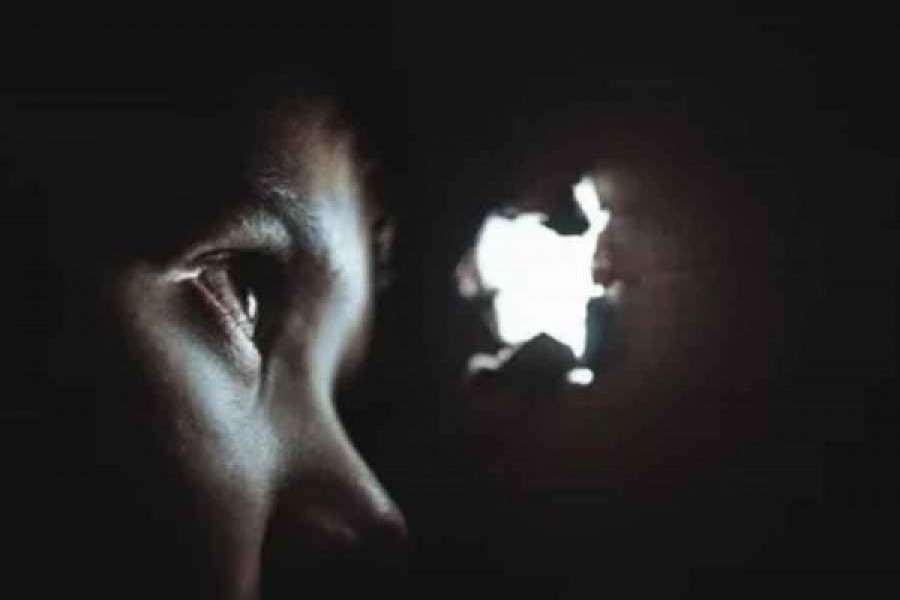 With the rise in political and social unrest and wars, people are getting dislodged from their ancestral homes in greater numbers. People thus uprooted from their homes seek shelter in refugee camps, if there are any. Many others try to slip  through the border security checks of other countries where they might find work and live a normal life. But it is not just political and social instabilities that drive people out of their permanent abode to look for a second home. It is not even abject poverty or climate impact that forces the youths out of the safe shelter of their family, friends and home. It is the sheerd ream of a better life abroad that lures the youths into the trap of ransom-seeking human traffickers who hold out rosy prospects of jobs in foreign lands, especially, in Europe. Reports of Bangladeshi youths being detained and tortured in traffickers' den in Libya often make headlines in the media. Human traffickers identifying themselves as manpower recruiting agents entice those youths into accepting their job offers in the Southeast Asia, Middle East and Europe.

The traffickers have their network spread across the country. Often, they engage agents who are familiar with the would-be victims to reach deals with the traffickers posing as genuine recruiting agents. The victims take loans from family  or friends or sell lands worth hundreds of thousands of taka and usually pay  a portion (usually, half) of the entire deal, as settled, as advance, while the rest amount  would be paid, as per agreement, after the job-seeker reaches the destination. And the trouble starts as soon as the victim falls into the traffickers' hands. One may recall here the tragic story of 26 Bangladeshis among 30 migrants killed in what was reported in a 'retaliatory operation' in Libya in May 2020.  A Bangladeshi member of that international human traffickers' gang involved in the killing of those 36 Bangladeshi migrants was reportedly arrested recently from the Shahjalal International Airport (SIA).This is but the tip of the iceberg. While the circumstances of the shooting leading to the deaths of so many Bangladeshi youths in a faraway land are yet to be fully understood, stories of many Bangladeshi boys being tortured to death by traffickers for ransom abound. And in most cases, the victims had paid money in advance before they entered the traffickers' death trap. Some, they must thank their lucky stars, could, however, come out of the traffickers' clutches.

According to reports, so far more than 7500 cases were lodged under the Prevention and Suppression of Human Trafficking Act (PSHT), 2012.  But prosecution of only 247 out of all those cases could be completed. Police records show that more than 31 thousand people in the country are involved in the crime of human trafficking. And in the past 18 years, the police arrested more than 14,500 of those suspected traffickers. And in the same period, close to 13,500 persons were trafficked to different countries.

Evidently, the network of the traffickers is widespread. To fight the human traffickers more efficiently, the law-enforcement agencies will be required to increase their manpower and skill. Also, the country's law-enforcement agencies' cooperation with the international agencies working to combat this global menace has to be increased. At the same time, speedy trial of the cases involving human trafficking  would help the victims of trafficking see justice sooner than later.