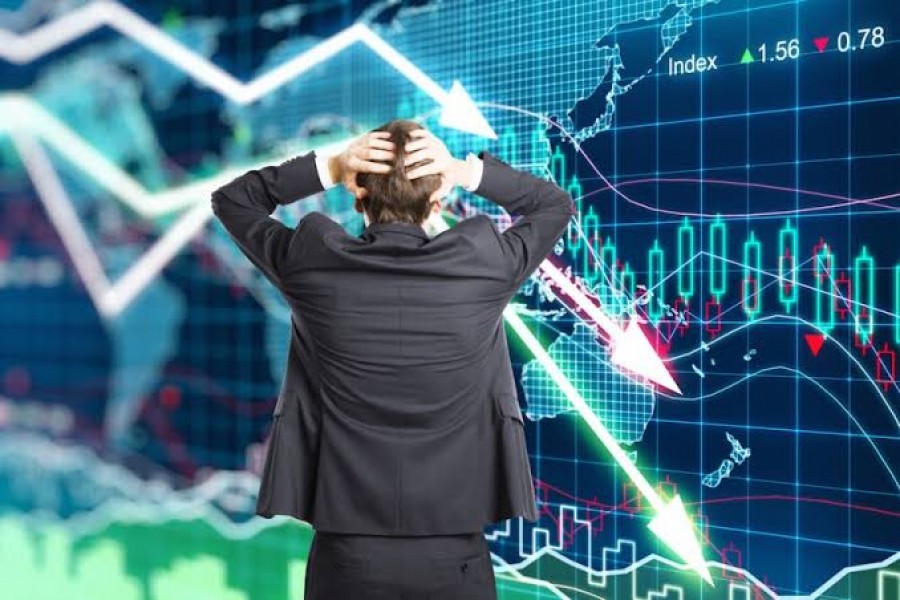 The country's economy is growing a healthy rate. Inflation continues to be moderate and within the targeted level. Stock market, however, is an aberration and a constant source of embarrassment for the government.

Unlike other economic indicators, the stock market results are available on all weekdays. And the results on most days are not palatable either for investors or government.

The market has lately been witnessing continuous erosion in stock prices. Its main index--DSEX---has shed more than 1,000 points over the past few months. The daily turnover is also low--between Tk 3.0 and Tk 4.0 billion.

The market following the 2010 collapse has never looked up except for a few bouts of upswing. Many, however, tend to believe that the occasional rallies were manipulated ones.

The level of investors' participation does highlight the state of a country's stock market. A few of the numbers will say how the market situation is in Bangladesh.

According to a report published in an English daily Thursday, more than half of the beneficiary owner (BO) accounts opened by the investors for share trading are now inactive.  Besides, only 0.78 per cent people of the country do have investment in stock in Bangladesh. Moreover, the actual number of investors is far less since most stock investors maintain multiple BO accounts in the name of relatives and friends to facilitate greater participation in IPOs (initial public offerings). In fact, the number of BO accounts has been declining over the past years. With this kind participation, no stock market can flourish.

Most people are utterly frustrated by the current state of the country's stock market and they have started believing that its revival is a remote possibility.

There is no denying that the two market crashes---one in 1996 and another in 2010---did erode the investors' confidence hugely. But such collapses of market are nothing unique. It does happen in the case of many stock markets, but those, in most cases, overcome the shock over time and become vibrant again. But, unfortunately, the Bangladesh market has failed to demonstrate that kind of tenacity.

Manipulation remains one of the key factors responsible for the stock market going berserk before collapsing. But through corrective measures by all the stakeholders, including the regulator concerned and the management of the bourses, the market returns to normal.

It is a fact that the government did fail to take notice or overlooked, deliberately or otherwise, the factors that ultimately led the market to go down both in 1996 and 2010.

But it would be unfair to say that the government did not try to repair the damage and help make the market vibrant again. It did take a number of measures on this account, but those failed to buoy up the market.

What many tend to believe that both the securities regulator and the management of the bourses have failed to create an environment conducive to investment in stock market.

Investors, big and small, would come to market when they see the return on their investment is, if not big, reasonable. The return, however, needs to be higher than what the banks offer against time deposits or the profit earned by investing in government savings tools. They would also love to see the prices of their stocks going up, steadily.

The situation with regard to profit and capital gain, both in short and long terms, remains frustrating. The net return on investment, on an annual basis, against most stocks is low. Barring that of a few multinational and local large companies, stock prices of most listed issues have either declined or remained more or less stagnant.

The presence of institutional investors in the Bangladesh capital market continues to be low. Banks and non-bank financial institutions are not interested in capital market since most of them are going through a rough time due to soaring non-performing loans.

A handful of small stock investors, who include elderly retired persons, have been the regular visitors to stock market. Even that crowd is thinning now. Some of these investors often take to streets to protest the fall of the market. However, that does not help. The fulfilment of one of their demands to remove the incumbent chairman of the Bangladesh Securities and Exchange Commission (BSEC) would not help their cause either. The dividends declared by the listed issues would have to be attractive and reasonable. Once it happens, the prices of tradable stocks would go up, thus, raising their intrinsic value.

A test case of PPP in double-decker BRTC bus

Use of 'old script' in a rudderless market

An anatomy of modern-day dissidence

How sustainability to climate change may foster human development