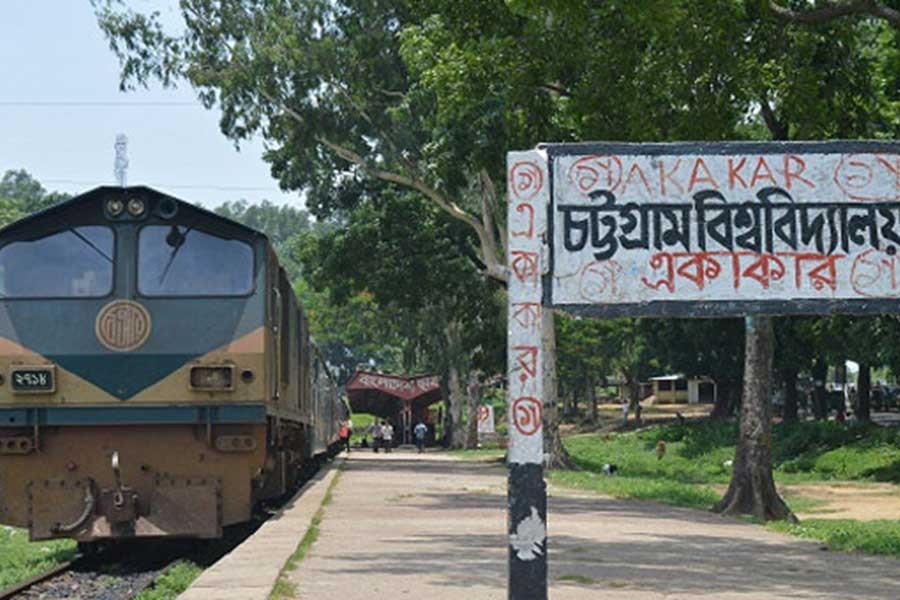 Two incidents that took place recently at a public university exposed once again a disquieting environment prevailing in the country's higher educational institutions. First, five youths sexually assaulted a female student of Chittagong University while going to the Botanical Garden from her campus dormitory with a friend late in the evening. The miscreants captured the incident on video, threatened to make it viral and snatched the mobile phones and wallets of the two students.

The female student, however, lodged a written complaint to the university's proctor, and a case was also filed. Later, the police arrested five miscreants, all of whom were activists of the student wing of the ruling party. How deplorable that the students did not feel any qualm about assaulting a female student of their university. Their flimsy pretext was that a female student should not go outside at night and must not be accompanied by a male student. This kind of moral policing is unacceptable and students are not authorised to impose any such restrictions on the movements of their female counterparts. If they found it inappropriate, they should have sought administrative intervention.

Undoubtedly, the assailants did not mean what they said. Instead, they had an ulterior motive which might have prompted them to sexually harass the female student. The bullies dared do what they did because of playing the role of moral guardians as well as their party affiliation. Over the years, impunity enjoyed by certain quarters of students has only encouraged them to get involved in undesirable incidents and at times, even in crimes. These include illegal toll collection, torturing others in the name of the party, sex crimes and many others. Though some of these brutes got punishment in some cases, there is little sign of reversing the ill trend.

Another incident at the same university was more severe, reflecting that the university authorities have little control over the smooth function of the academic activities. Members of a faction of the BCL CU unit, who failed to secure posts in the recently announced committee, locked the main gate of the campus. They also abducted a shuttle train driver and vandalised no fewer than 40 rooms in five student dormitories. As a result, classes have been suspended. The authorities also postponed four departments' scheduled final examinations as it was impossible for many students to arrive and enter the campus.

Though it is an internal dispute of the student wing concerned, the general students were made to pay for the untoward incident. The aggrieved activists, deprived of posts in the committee, have a legitimate right to protest and demand for reshaping the committee. But they have no right to lock the gate and to compel general students who are not a party to the feud, teachers and others to suffer. This kind of crazy action programmes will bring no good to anyone. Why will a public university be hostage to a group of students who are after an end, no matter if the means is illogical? As members of the ruling party their responsibility ought to be to behave responsibly and give a good account of themselves. Unfortunately, reason and sobriety have become a casualty in the process.

Genie is out of the bottle

Facing crises and blows of decay

The outcome of Nancy Pelosi’s visit to Taiwan