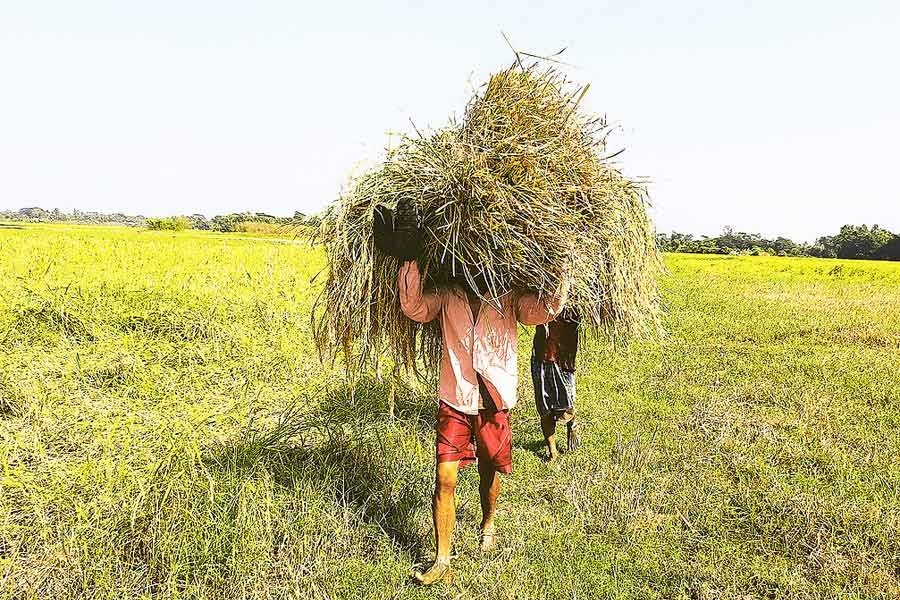 A group of environmental scientists led by Alex C. McAlvay of the Institute of Economic Botany at New York Botanical Garden has claimed in a paper recently published in the journal 'Agronomy for Sustainable Development' (October 2022) that the ancient practice of cereal species mixture holds much promise for stabilising crop yields. As is well-known, food security depends to a large extent on the ability of staple crops to tolerate new biotic and abiotic pressures. However, wheat, barley, and other small grains around the world are facing considerable losses in yield under various climate change scenarios. Consequently, as climatic variations across the globe grow harsher due to increasingly unpredictable changes, concerns are growing about the status of global food security. Yields of crops like maize and wheat are now dwindling in tropical and dry regions like African dry terrains and parts of the Mediterranean. Even in wealthy countries like Australia, there has been a decline in crop-yield by 30 per cent between 1990 and 2015.

In the above backdrop, intra-plot diversification can be an important strategy for smallholder farmers to mitigate losses due to variable environmental conditions. Although it commonly involves sowing poly-cultures of different botanical families in the same field or multiple varieties of the same species (varietal mixtures), mixed plantings of multiple species from the same family are less known. But as the article by McAlvay et al points out, "The sowing of 'maslins' or cereal species mixtures was formerly widespread in Eurasia and Northern Africa, and continues to be employed by smallholder farmers in the Caucasus, Greek Islands and the Horn of Africa". In fact, they may represent a risk management strategy for preserving crop-yield in the wake of climatic variability.

Maslins can be viewed as a middle strategy between varietal mixtures and multi-family poly-cultures that may be applied for balancing trade-offs. It represents an extension of cereal varietal mixtures that expand the portfolio of attributes available to farmers, and it mimics multi-species grassland communities that hold the potential of preserving productivity amid changing environmental trends. It represents an underexplored agro-ecological intensification strategy that utilises diversity for enhancing resilience to climate change while reducing dependence on inputs. However, the preservation, revitalisation, and introduction of maslins to new areas require further exploration on both smallholder and industrial scales.

Researchers have been advising for long that any shift away monoculture farming may prove to be beneficial in many instances, as planting multiple varieties of crops is considerably better for pest management, fertilisation, wildlife health and agro-sustainability. Experts, however, point out that poly-culture may be problematic for larger scale farming that relies on machinery for harvesting and processing. But the process can be scaled up as the same machinery can be used to harvest each variety of grain in the maslin mix. Modern industrial technology is also adept at sorting grain types in any mix on a large scale.

It has been found without any doubt that maslins produce higher yields. Field trials show that a wheat-barley mixture has 20 per cent better yield compared to wheat alone; and 11 per cent better yield than barley by itself. On the other hand, monoculture-based land has to be expanded by 50 per cent to achieve the same output from the same maslin-mix over three years. Besides, maslins carry many of the benefits of poly-culture through involvement of different plant types; these include resistance to diseases and pest insects translating into lesser reliance on pesticides that may harm the wildlife.

Quoting some Israeli scientists, McAlvay points out that wild wheat is never found without wild barley, as these grains have been co-evolving over thousands of years. There is evidence that ancient farmers during the Bronze Age and Neolithic Era took recourse to maslin mixtures like emmer and einkorn. Although lots of uncertainties exist with regard to investigations into issues like tolerance to poor soils of difference mixes, the researchers believe that maslins can yield huge benefits across all levels of farming - from subsistence to industrial, particularly in areas that face challenging climatic conditions.