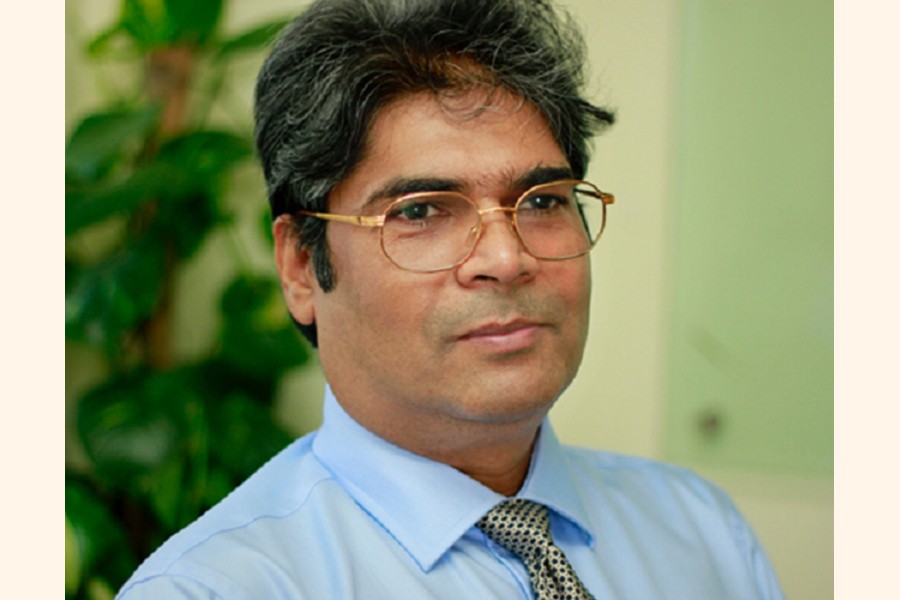 Wali-ul-Maroof Matin (1962-2020) was the one who pursued certain dreams for stock market development two decades ago and some developments are now being visible.

This scribe first met him in mid-1998 when he was the second top professional of Chittagong Stock Exchange (CSE). He was then the de facto Chief Executive Officer (CEO). A group of reporters from Dhaka visited the CSE headquarters in the port city and saw a young executive growing with unrequited love for development of the stock market.

Since that assignment, some of the reporters had been close to Wali-ul-Maroof Matin who had incisive skills in unexplored areas of the stock market as well as the financial market. We've learned a lot from him.

His first venture - automated trading of stock exchanges - was the talk of the country in the aftermath of the 1996 share market debacle.

He later contributed a lot to launching Central Depository System (CDS) and diversifying our stock market since our market still lacks depth.

Maroof Matin Bhai, as journalists used to call him, had clear understanding that only an equity-based stock market cannot be useful for expanding the Bangladesh economy. So, he took initiatives to launch new products to diversify the stock market. However, he failed due to bureaucratic red tape; the unfulfilled dream of establishing the commodity exchange was an enduring pain for him. He ran from pillar to post for a long one decade to make the maiden initiative a success. He mobilised the directors with required capital but the final approval did not come till his death.

Automated trading, cross-border capital market cooperation, development of investment industry, and consultation with some other countries to develop the capital market are some of the areas where Wali-ul-Maroof Matin proved him as a capital market aficionado.

Launching of exchange-traded fund (ETF) and demutualisation of stock exchanges were his dreams since 1996, but practically, nothing happened. Also, support to young local business talents through venture capital, having a local commodity and derivative exchange are some of his dreams that are yet to come true.

Leaving everything behind, Maroof Matin lost his battle against Covid-19 as he breathed his last at a Dhaka hospital on September 20.

He wrote a lot of articles for The Financial Express in the past 25 years. He contributed to making recommendations for a harmonised and upgraded regulatory regime of the stock exchanges in the South Asian region. He initiated the formation of the South Asian Federation of Exchanges (SAFE) and became its first secretary general.

A well-known capital market expert, he worked internationally as a World Bank consultant for capital market development in Sierra Leon and Myanmar. He had also been serving the ADB project for harmonising capital markets rules in South Asia in recent years.

Matin, after his 1995-2005 tenure at the CSE, went back there in 2014 to lead the bourse, but showed his honest guts to resign in 2016 following some difference of opinion with authorities.

We are witnessing some developments taking place in the capital market now. However, Mr Matin used to dream, plan, discuss and work on those two decades ago.

He built asset management firm Alliance Capital Asset Management and also an investment bank BetaOne Investments. In 2016, Matin started pursuing his bigger dream of having a supportive investment ecosystem for startups. He established Maslin Capital Ltd, an alternative investment firm, to work in the fields of venture capital, private equity, and impact investment. He was also an angel investor in areas such as financial awareness, training, and financial technology.

"Maroof Matin had immense contribution to policy advocacy related to venture capital, startups and the capital market. The community has lost a true friend, adviser, and guide." This was what was stated by Venture Capital and Private Equity Association of Bangladesh, where Maroof Matin was a founding director, in its condolence message on his sudden demise.

His passion for multidisciplinary academic studies in recent years had pushed him to pursue another Master's degree in Psychology and Neuroscience of Mental Health at King's College London. He was a member of The Chartered Institute for Securities and Investment, UK.

With his sudden death we only feel sorry for this star-crossed visionary of our stock market. May Allah keep you in eternal peace, Maroof Bhai.