It's not vaccine nationalism, it's vaccine idiocy 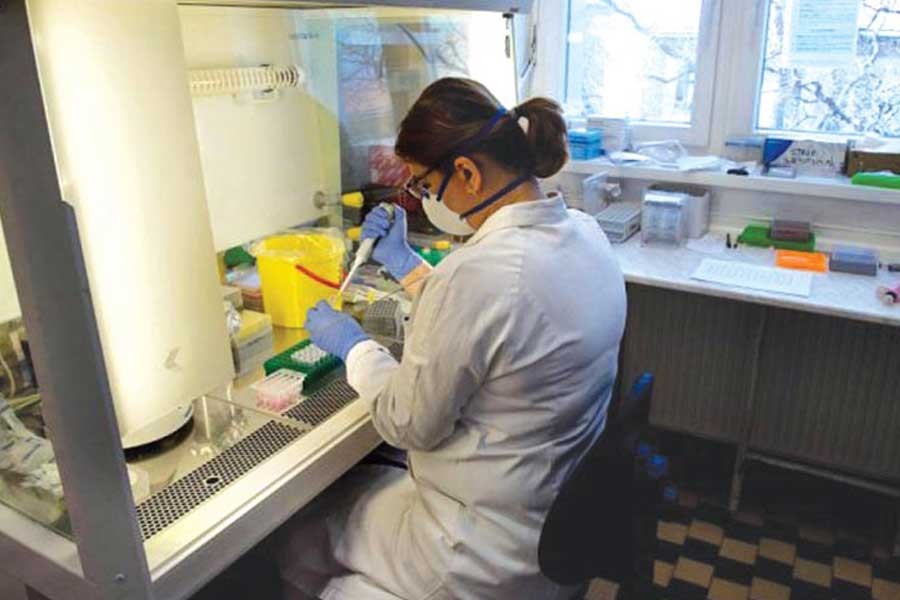 An official with China's Center for Disease Control and Prevention (CDC) said recently that the country may have a vaccine available for widespread distribution by November or December. This would almost certainly be at least a month or two before a vaccine is available for distribution in the United States (US), and possibly quite a bit longer.

While we may want to treat statements from Chinese government officials with some scepticism, there is reason to believe that this claim is close to the mark. China has reported giving its vaccines to more than 100,000 people. In addition to giving it to tens of thousands of people enrolled in clinical trials, it also has given them to front line workers, such as medical personal, through an emergency use authorisation.

This may not have been a good policy, since these workers faced the safety risks associated with a vaccine that has only undergone limited testing, but it does mean that a large number of people have now been exposed to China's leading vaccine candidates. If there were serious side effects, it would be hard for China to bury evidence of large numbers of adverse reactions. If no such evidence surfaces, we can assume that bad reactions to the vaccines were either rare and/or not very serious.

Of course, the evidence to date tells us little about long-term effects. But that would be true even if we had a couple more months of testing. Evidence of long-term effects may not show up for years. Ideally, researchers would have enough understanding of a vaccine so that they would largely be able to rule out problems showing up years down the road, but we know they do sometimes overlook risks. In any case, the possibility of longer-term problems would still be there with a longer initial testing period.

It is possible that the vaccines are not as effective as claimed. Since China has been very successful in controlling the pandemic, even front-line workers would face a limited risk of exposure. However, they have been doing Phase-3 testing in Brazil, Bangladesh, and other countries with much more severe outbreaks.

On this issue, it is worth noting that the United Arab Emirates (UAE), one of the countries in which China is conducting its phase-3 trials, just granted an emergency use authorisation for one of its vaccines to be given to frontline workers there. Presumably, this reflects the positive results of the trial, since it is unlikely that the UAE would grant this authorization simply to please China's government.

The companies have not yet shared their data, so it's possible that the evidence does not support the claim of this Chinese CDC official. But here too, the value of making an obviously false claim would be limited. If the companies either fail to produce their data or the data does not show solid evidence of a vaccine's effectiveness, the official and China's government would end up looking rather foolish.

Since they are not just trying to bluff their way through an election, but are rather concerned about China's longer-term standing to the world, it's hard to see why they would make a claim that would soon be shown to be false. In short, the promise of a vaccine being distributed in November or December is quite likely true.

I suppose this will get those hoping that the United States would win the vaccine "race" very angry. But it should get the rest of us asking why we were having a race.

WHY IS COOPERATIVE RESEARCH SO HARD TO UNDERSTAND: In the early days of the pandemic, there was a large degree of international cooperation, with scientists around the world quickly sharing new findings. This allowed for our understanding of the virus to advance far more rapidly than would otherwise be the case.

But we quickly shifted to a path of nationalistic competition. Donald Trump led the way down this path, with his "Operation Warp Speed." Other countries followed a similar route, even as they maintained some commitment to the World Health Organization's efforts to promote sharing with developing countries.

But the issue was not just nationalism, it is also the monopolisation of research findings. If Moderna, Pfizer, or one of the other US drug companies ends up developing a safe and effective vaccine, they fully intend to sell it at a considerable profit, and they will be sharing the money with their top executives and their shareholders, not the American people. This outcome makes sense if the point of the policy is to maximise drug company profits. It makes no sense if the policy goal is to produce the best health outcomes at the lowest possible cost.

The United States did not have to take the patent monopoly nationalistic route. Suppose that all the money from Operation Warp Speed went to fully open research. This would not just be an accidental outcome, it would be an explicit condition of the funding. If a drug company received money from this program, all its results must be posted on the internet as quickly as practical, and any findings would be in the public domain.

Since we would not just want to pay for the rest of the world's research, we could have negotiated commitments from other countries to make payments that are proportionate, given their size and per capita income. Of course, there is no guarantee that they would all go along, especially with Donald Trump as president. But in principle, this would be a mutually beneficial agreement for pretty much everyone.

They would contribute their share of funding to the research pool and they would then have the right to produce any vaccines or treatments that are developed. If it turned out to be the case that a US drug company was the first to come up with an effective vaccine, any company with the necessary manufacturing facilities would be able to freely produce and distribute the vaccine anywhere in the world. They would not need to negotiate over patent rights.

The same would be true if, as now seems to be the case, China turned out to develop the first effective vaccine. Our manufacturers would be free to start producing the vaccine as soon as it received the necessary approvals from the Food and Drug Administration. There would be no issue of people here going without the vaccine just because the developer was a Chinese company.

It's not surprising that Donald Trump did not go the route of cooperative development. His first priority is advancing his own political prospects and if he thinks that means having the US win a vaccine race, that is what he is going to do. And, he certainly has no intention of pursuing a course that could limit drug company profits.

But the big question is where were the Democrats? If they were objecting to the path of vaccine nationalism and monopoly, it was not easy to hear their complaints. And, I'm not talking just about centrist Democrats like Biden, Pelosi, and Schumer, I also didn't hear complaints from the Bernie Sanders or Elizabeth Warren wing of the party. Why were there no objections to the Trump course and advocacy for a cooperative alternative?

Going a cooperative route would not just offer benefits in the context of developing vaccines and treatments for the coronavirus, although these benefits would be incredibly important. It also could have provided a great model of an alternative path for financing the development of prescription drugs.

We will spend over $500 billion this year on prescription drugs. We would pay less than $100 billion if these drugs were available in a free market without patent monopolies and related protections. The $400 billion in annual savings is more than five times what we spend on food stamps each year. It comes close to $3,000 per household. In other words, it is real money.

Patent and copyright monopolies are also a big part of the upward redistribution of income over the last four decades. If we had alternatives mechanisms for financing innovation and creative work, people like Bill Gates would be much less rich, and the rest of us would have far more money.

Again, it is easy to understand why Donald Trump would have zero interest in promoting world health and reducing inequality. It's also understandable that politicians who are dependent on campaign contributions from those who have benefitted from upward redistribution, would not want to pursue routes that call into question the mechanisms of upward redistribution.

But where were the progressive voices? The pandemic gave us an extraordinary opportunity to experiment with an alternative mechanism for financing research that could have enormously benefitted public health, both in the United States and elsewhere. The failure to have a visible alternative will cost both lives and money long into the future.

Dean Baker is the senior economist at the Center for Economic and Policy Research in Washington, DC. The article first appeared on Dean Baker's Beat the Press blog and reproduced on Counter Punch. [https://www.counterpunch.org/2020/09/25/