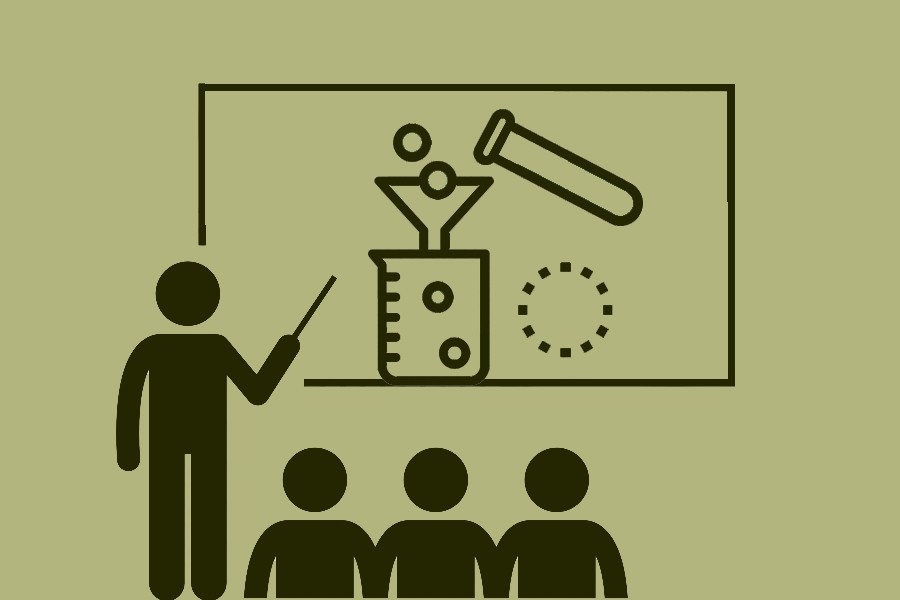 When I returned to Bangladesh in the late 1980s after pursuing higher studies in England as a commonwealth scholar, there were no private university in Bangladesh, and only six public universities existed in the country. The research infrastructure, investment and output in these universities were minimal compared to that of the Western universities. Unfortunately, the facilities and involvement in research have not significantly improved even now when there are more than 150 universities in the country with at least 100 privately run. While the public universities are financially supported by the government, and often research and capacity building grants are provided by the University Grants Commission, most of the private universities are under increasing pressure to adjust to evolving competition, and financial burden. Furthermore, the universities are beginning to realise that their visibility and rankings locally and internationally depend substantially on their research infrastructure, productivity and publication records, and these would require more investment. Fortunately, however, this realisation raises hope that the private universities who control their own finance, will see the wisdom to revise or reallocate their budgets to invest more in research.

My experience in various research institutions and universities over more than two decades taught me that scientific research cannot be done in isolation, rather it is always facilitated by collaboration of various institutions and researchers. I have successfully led research teams and students who conducted contemporary biomedical research while staying in Bangladesh, and published numerous papers in high impact scientific journals, such as Nature, PNAS and the Lancet. This achievement was possible because I was able to obtain support from researchers in various other countries and institutions, and we successfully negotiated a win-win scenario. The key to this endeavour was sharing of available research infrastructures, knowledge, and ideas in a spirit of partnership.

Recently, I tested a similar model of scientific collaboration, although informally with faculty members in several private universities in Bangladesh, and led a research team to improve detection methods for pathogenic bacteria in environmental water. Waterborne and food-borne diseases such as diarrhea and typhoid are caused by these bacteria and are important public health hazards. In the following few paragraphs, I intend to explain the novel science involved in this research, and the collaborative spirit in which we researchers from three private universities in Bangladesh and a university in Japan worked together, and published very important findings.

To explain it in a simplified form, contemporary advances in biomedical research have been enabling scientists to understand how bacteria, many of which are dreadful pathogens, communicate using chemicals that serve as molecules signals.  One of these communication strategies known as "quorum sensing" regulates biological processes in bacteria depending on their cell density or population size in the aquatic environment, since certain activities are only useful for the bacteria if they work in a large group, and not as individuals. The phenomenon of "quorum sensing" enables bacteria to transit between a dormant and an active state depending on the concentration of their cells in water. Pathogenic bacteria which cause waterborne diseases spread through water depending on their abundance in an active form, and routine detection techniques by culturing or growing them in the laboratory can detect bacteria in this active state only. On the other hand, in the dormant state, most bacteria cannot be detected in routine culture assays, which might result in a failure to warn people against potential disease outbreaks which spreads through contaminated water. It is interesting to know what exactly causes the dormant cells of bacteria periodically resuscitate to the active form. The quorum sensing system involves chemical signal molecules called "autoinducers" which are produced by bacterial cells and detected by their neighbouring cells, to get a sense of the density of bacteria in an aquatic niche. At a certain threshold concentration of these autoinducer-producing bacteria, their gene expression pattern and thus metabolic activities change, leading to enhance their conversion between dormant and active states.

Understandably, many people would be surprised to hear that such a cutting-edge topic in biology is an active area of research and discovery in Bangladesh, but this is exactly the case with our recent research. The findings from these studies, recently published in the journal PLOS One, are based on analysis of the quorum sensing system in the cholera pathogen Vibrio cholerae, which is a significant public health hazard in Bangladesh. The natural habitat of these pathogenic organisms is the aquatic environment, and cholera spreads through consumption of food and drinks contaminated with the pathogen. Monitoring the pathogen involves routine testing of natural water samples for the presence and concentration of the cholera bacteria. However, this approach is hindered by the fact that during the period when there are no apparent cholera cases, pathogenic Vibrio cholerae persists in aquatic reservoirs of cholera-endemic areas mostly in the dormant state and fail to be detected by routine tests which involve growing the bacteria in the laboratory. On resuscitation from this latent state, the bacteria regain the ability to be cultured, but it was not clear exactly which factor derives the resurrection of such dormant bacteria in the environment.

Our study used cutting-edge techniques to show that certain variant strains of the V. cholerae bacteria which exist in the environment vastly overproduce a chemical signal called autoinducer AI-2, which produces a wake up call for the dormant bacteria in water. This causes the rapid conversion of dormant bacteria into the active form. This phenomenon was further confirmed by testing various laboratory generated mutant bacteria as well as by determining the relevant gene sequence of naturally occurring strains which overproduce AI-2 in their culture. Environmental water samples which were found to be negative for pathogenic V. cholerae in routine cultures were selected to test whether pathogenic Vibrio cholerae could be recovered from such apparently negative water samples after treatment with the autoinducers produced by the mutant strains. These experiments confirmed that the chemical signals do indeed resuscitate dormant V. cholerae cells in water samples when cultured in the presence of these molecules produced by the mutant strains.

The implications of these findings are manifold. On the one hand, it provides a method for overproducing an autoinducer and using it to develop improved methods for water testing. Perhaps even greater implication is in understanding a natural process which might contribute to resuscitation of dormant pathogenic microorganisms in water and initiate epidemic outbreaks. Adequate monitoring strategies, using improved detection methods can be a predictive indicator for cholera outbreaks ahead of time. Besides, such phenomenon might also be true for other waterborne diseases, beyond cholera as such.

As mentioned above, a remarkable aspect of this research endeavour is that it was done through informal collaboration among researchers from multiple private universities in Bangladesh under my leadership, thus creating an example of sharing available facilities to conduct cutting edge research in Bangladesh. These universities included Independent University Bangladesh (IUB), BRAC University, and North South University (NSU). We also collaborated with Osaka Prefecture University, Japan and the icddr,b in Dhaka for access to more advanced molecular technology. Researchers who contributed substantially to this work and authored the paper are Iftekhar Bin Naser, M. Mozammel Hoque, Shah Nayeem Faruque, M.Kamruzzaman, Shinji Yamasaki, and Shah M. Faruque. The research team was organised and led by me, and I am the corresponding author of the scientific paper. Hopefully, this example will help to convince stakeholders that modern scientific research is possible in Bangladesh and it benefits all, if we are ready to share knowledge, and whatever research infrastructure we may have in various institutions.

Although there have been efforts to develop some research laboratories in several private universities, the currently available facilities and research capacity fall way short of accepted international standards. Most private universities in Bangladesh are either unable or even unwilling to invest large sums as required to develop modern research facilities, since the prospect for a profitable outcome is not immediate, and potential benefits in the long run is not readily recognised. However, there is substantial scope to improve upon the current scenario, even if the existing facilities in a number of private universities are shared to conduct collaborative research. Besides facilities, development of trained personnel is also a key requirement. Therefore, for research capacity building, it may be feasible for interested universities to jointly organise and conduct training and workshops on various aspects of research methodologies, adopting and practising standard operating procedures, and compliance to ethical and bio-safety guidelines. A multi-disciplinary group of faculty members from different universities may participate and share resources and ideas, as well as apply for joint research funds to attract grants from donors who are willing to provide financial assistance in collaborative research.

It is crucial that the concerned universities recognise that increased research activity leads both to increased revenue and to higher rankings, in turn leading to more student applications. Thus many universities in other countries set goals of moving up in research activity rankings, and institutions historically more focused on teaching attempt to build research capacity. Interested private universities in Bangladesh might seriously consider collaborative approach in research, since quality research simply cannot be done in isolation. Moreover, sharing of facilities not only reduces financial burden on individual institutions but at the same time offers a platform for multidisciplinary approaches to address a research question.