For the love of birds 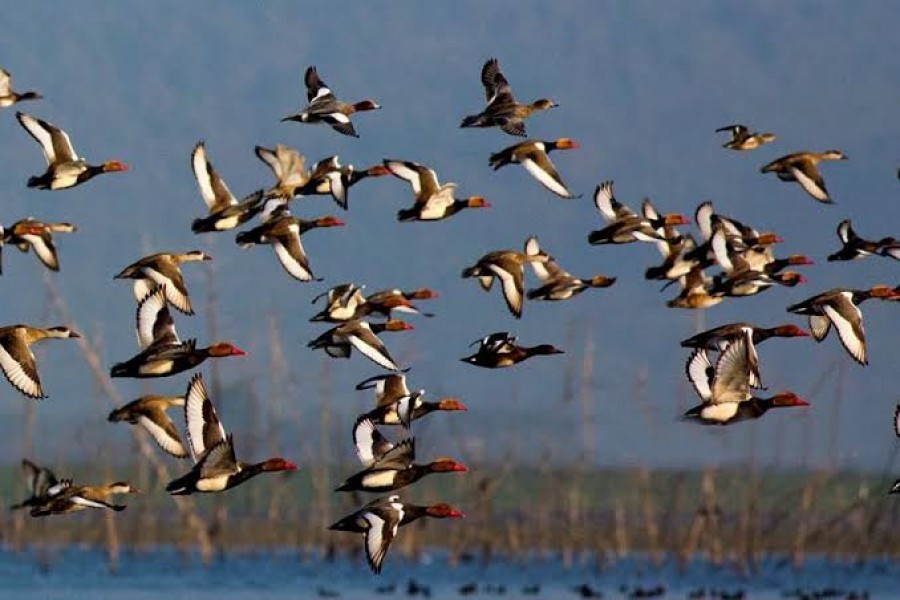 If rapacious, brutal and even sadistic instincts are witnessing unrelenting prolificacy in this country, small groups are starting to make a bold statement that violence and the anti-life are not all. It is because of this, someone in this heartless city rushes to pick up an injured stray dog or cat, makes arrangement for its treatment and shelter. At least a young man and a young woman have been rendering this voluntary service separately in this city. They can do this because their hearts melt for the animals whose language human cannot understand.

In Uttara, someone has opened up a pet animal-care centre. The centre offers to take care of pet animals when their masters or their families leave Dhaka for days or months. This is a purely commercial venture, no doubt, but it serves a most important purpose.

Whatever facilities for taking care for animals -albeit inadequate-there are in this capital, at least those can help support the survival of some of the species. But notwithstanding the fact that many take birds as pets in this capital, there is no hospital for the winged creature. In New Delhi, the Charity Birds Hospital has been treating birds since 1956. Following the tenets of Jainism (right to life for all animals), the hospital treats sick and injured birds for free.

The good news is that groups of bird lovers are fast coming up in this country too. News that youths spend money from their own pockets or donation on pitchers which they set on branches of trees for nesting of avian friends is heart-warming. Some villagers have become so good hosts to bird colonies on trees of their homesteads that they would wilfully accept some of the nuisances and inconveniences caused to them. They even stand guard against poachers or hunters coming to kill birds. At times villagers of an entire village have become motivated to protect such birds.

Of late a clash between commercial interests and love for birds has most rewardingly left the latter victorious. For the past four years Asian open bill storks (shamuk khol) have been nesting and raising their chicks in a mango orchard at Khordo Bausa village under Bagha upazila of Rajshahi in the post-monsoon season before leaving on the eve of the winter. This time also they nested there. But the lessee of the orchard wanted to demolish the nests; he even pulled down a few of the nests from a tree on October 29. He wants to prepare the orchard for the come fruition season. Since the chicks are yet to learn how to fly, some local people requested him to postpone the drive against bird nests. But he was unwilling to wait for more than 15 days from that date.

When the news came to the notice of a Supreme Court lawyer, she moved a petition for saving the baby birds. Happily, things moved fast following the court order in favour of saving the birds' offspring. The deputy commissioner (DC) of Rajshahi and upazila nirbahi officer (UNO) of Bagha were directed to assess the losses to be sustained by the lessee and the owner of the orchard. The DC asked for an annual allocation of Tk 313,000 for compensation of the losses.

Now the ministry of agriculture has come forward with another proposal aimed at turning the orchard for a permanent sanctuary for the birds. The assessment is afoot and soon the DC will submit a proposal detailing the requirement, including acquisition of 10 bighas of land. If this ends up like this, it will be highly gratifying for bird lovers and environmentalists.

However, the agriculture officer of Bagha upazila has expressed his doubt about the viability of the project. He states that the flocks of Asian openbill storks earlier used to nest and raise their chicks from a mango orchard in a village of Charghata, Rajshahi. There is no guarantee the birds will continue to come back year after year even though a permanent sanctuary is set up at the present location.

Whether this happens or not, one thing is clear that people in this land are getting more sensitised than before to save the wildlife. The court order, administrative promptness and people's growing awareness have combined together here to leave a remarkable example for saving the stork chicks.

A test case of PPP in double-decker BRTC bus

Use of 'old script' in a rudderless market

An anatomy of modern-day dissidence

How sustainability to climate change may foster human development