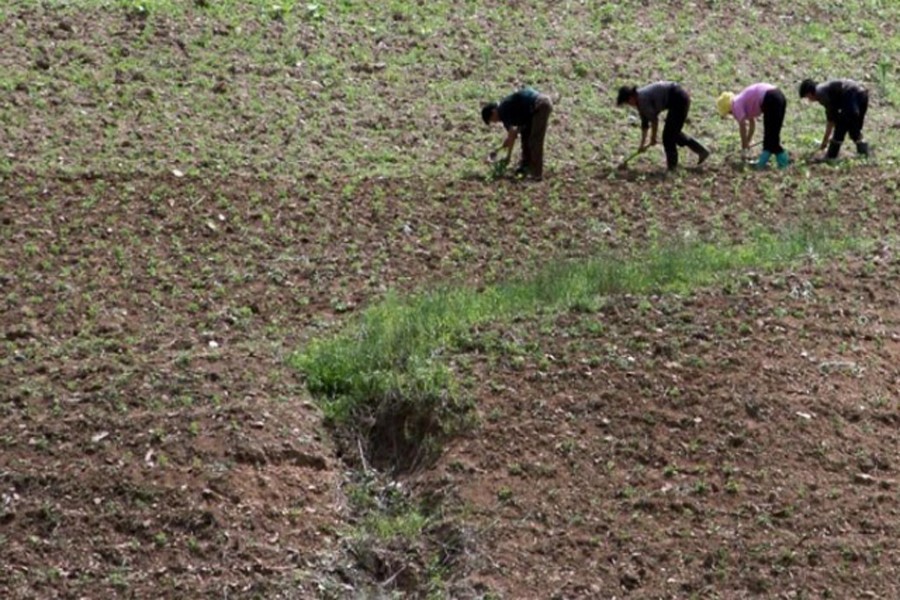 The surge in onion prices could have been considered a proof for people's higher purchasing power since sales of items continued amid price volatility. A study by ActionAid Bangladesh that found massive wastage of foods in wedding ceremonies and restaurants as well as increasing rate of obesity in the country indicates luxury in public food intake.

However, another report that more than half of over 160 million population cannot afford to buy balanced diet is a shocking revelation. Moreover, one in eight or 21 million people cannot just access nutritious foods due to want of money, added the study report by the government and the UN Food and Agriculture Organisation (FAO).

Such a picture could hardly be visualised at this time, especially in the context of Bangladesh's journey towards middle income country status. The last event of food crisis in the living memory of many in the current generations is the one that happened in 1974.

Famine, which had often visited Bangladesh in the past few centuries, is no longer an issue. Quadrupling grain production since independence, coincided with a rise in people's disposable income in the last three decades, has helped the nation come out of the shadow of severe food crisis that led to death of millions during the foreign rule.

In view of progress attained in the country's food security situation, the government redefined the objectives of the National Food Policy 2006. They are (1) Adequate and stable supply of safe and nutritious food; (2) Increased purchasing power and access to food for the people; and (3) Adequate nutrition for all individuals, especially women and children.

These policy objectives reflected a change in both perception and reality. The issue of food safety and nutrition has been a pertinent issue in public life, which does not always require money. Rather, a section of growers, manufacturers and traders are selling unsafe or adulterated foods for taking cash from the consumers' pocket. The issue of nutrition involves, among other factors, food culture and distribution system in family and society.

When quality of food features more prominently in public discussion than concern over availability of food in the market and the government's stocks, Bangladesh could still not get rid of the issue of nutritional deficiencies notwithstanding enormous progress. The Global Report on 'State of food security and nutrition in the world 2019' shows that prevalence of undernourishment in Bangladesh has decreased from 16.6 per cent in 2004-06 to 14.7 per cent in 2016-18.

A study by the Bangladesh Institute of Development Studies (BIDS) with special focus on hunger situation in northern Kurigram district, which was once plagued by seasonal famine-like situation called monga, found yet another frustrating situation - around 30 per cent of the people there cannot eat three meals a day. Bangladesh ranks 88th among 117 countries in the World Hunger Index 2019, which points out that the crisis still remains serious. By contrast, Bangladesh's GDP (gross domestic product) size is 39th globally.

Food security dimension in Bangladesh has changed significantly as mere availability and sales and purchase of food items in the market cannot confirm adequate nutrition for all people. How consumers will purchase foods, and that too are of good quality, is becoming a key issue of socio-economic thinking.

People today may not die from want of food unlike the experience in the ages of hunger and famine. When life expectancy has increased to more than 70 years, it is likely that malnourished men and women would suffer from diseases throughout their lives.