Cyber crimes on the rise 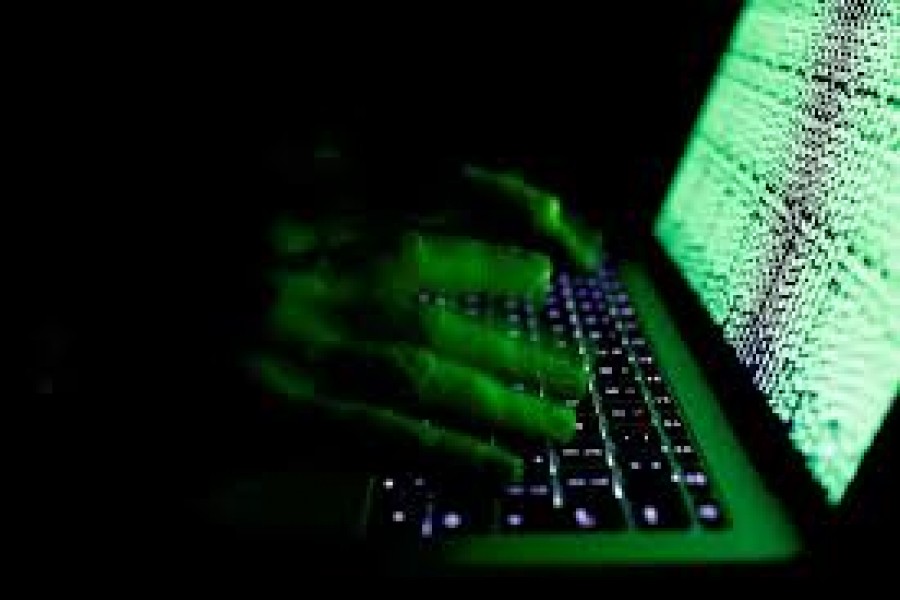 The arrest of  Nazmus Saaqeb Nayem, an IT virtuoso, has surprisingly not made screaming headlines. According to the police, the tech wizard has confessed to swindling Tk 30 million through online forgery of a visa card of a Bangladeshi businessman based in Papua New Guinea. He has to his credit the introduction of a number of digital services.

Those who have followed his case know that the arrest is more like a thriller full of painstaking and meticulous analysis and search for clues not to speak of the adventure and suspense involved. Before coming to the country of his origin, the businessman named Abdul Wahed visited four countries without success to trace any link. But the investigators in Bangladesh finally sleuthed Saaqeb on examination of the three fake e-mail accounts he used and the unusual transactions made between July and October in 2014.

If an IT genius who was assigned to updating online payment gateway systems of different banks can disgrace himself like this, what about hackers and cyber criminals? Only weeks ago a couple of banks were forced to stop transactions at the automated teller machine (ATM) booths in order to avoid illegal transactions. Yes, the threat is real and has increased several times more during the pandemic than before.

The most infamous of all known such crimes, Bangladesh Bank cyber heist and Saaqeb's online swindling took place way back. Now more people than ever before have switched over to online shopping and other transactions including banking and commercial. At a time when exceptional talents of local tech-savvy young people could be of immense service to the nation for plugging loopholes of such transactions, Saaqeb's monumental fall has an ironic contrarian twist. Like the original sin of Adam and Eve, the shadow of infidelity to the cause of the country will loom large. If a person of Saaqeb's high-tech potential can stoop so low -and that too only for Tk 30 million, how can people like him be trusted with the responsibility of securing billions of Taka in banks? This will continue to haunt the country's sensitive areas so far as digital operations are concerned.

Such digital scams also trivialise online malpractices like supply of look-alike but substandard commodities or gadgets by online suppliers. Already there are reports of fake e-commerce outfits. Also cyber criminals have been inventing newer tricks to defraud unsuspecting people. By now people should have been on their guard but unfortunately their gullibility is exploited by the exceptionally honey-tongued tricksters unabated. The problem is that not all can resist the temptation of big monetary gains promised.

Online fraud, however, takes a different dimension when girls and women are victimised either through cyber bullying or by means of photo-shop editing or pictures taken secretly or by force. In some cases, businessmen or moneyed people have also suffered such humiliation at the hands of organised gangs. As for the targeted women and girls, sexually exploited as they are against their will, they mostly end up taking their own lives. The number of such incidents is now on the rise.

Smart phones and computers have made life easier for many, no doubt. During the pandemic such gadgets have become the only means of livelihoods and various other services apart from communications -even across the continents -for many. But then their abuse has also been so rampant that social thinkers and sane people could not be more worried about the consequences. Sure enough, their benefits have not been outstripped by their misuse and abuse yet but when these prompt people to commit suicide, there is indeed a cause for serious concern.

Here is an area that indeed needs to be addressed by the international community through closer cooperation. Contents of games and entertainment with obscene dimension should not evade individual country's cyber gateway without examination and effective intervention. Lifestyles and values vary from one region to another and the differences must be respected. This is how the young adults can avoid prurient titillation. There is no alternative to controlled handling of electronic gadgets.