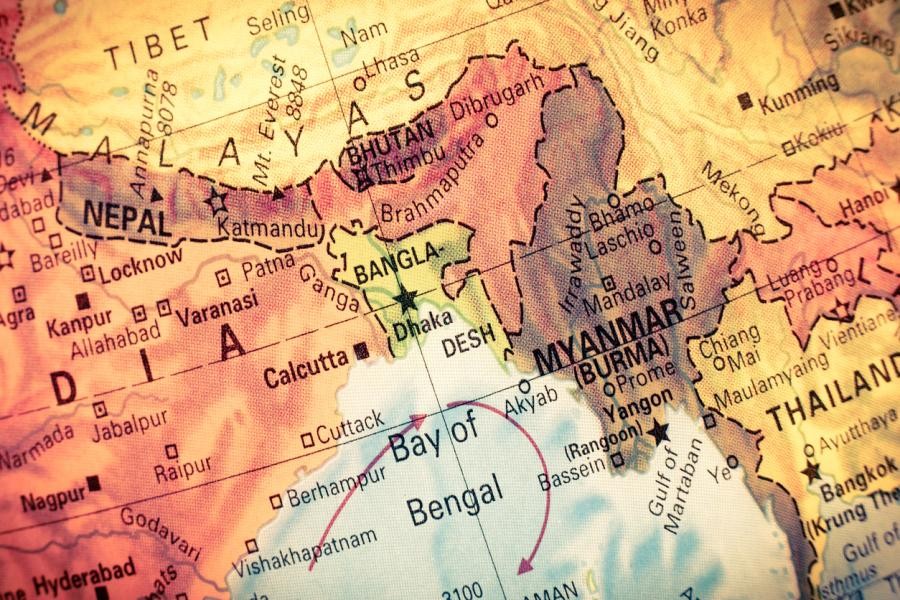 The rogue state Myanmar is, it seems, in irredeemable turmoil. Ever since the usurpation of power from Aung San Suu Kyi's National League for Democracy (NLD), the junta government has mercilessly steamrollered its opposition forces in Myanmar. With the resistance getting consolidated and backlash coming from rebel groups such as the Arakan Army, the Karen National Liberation Army and the National Unity Government's armed wing People's Defence Force, the government forces are now feeling the heat. The military rulers in Napayidaw are not only becoming more and more desperate but also acting insanely to have repercussion beyond its border.

Mortar shells fired from across the border have landed on Bangladesh territory on a number of occasions and bullets whizzed past the border between the two neighbours. At Ghumdhum in Bandarban several mortars fired from the Myanmar side exploded, killing one Rohingya youth along with injuring six others. Its war planes have also crossed the border several times. The rogue state is violating international rules with impunity. Bangladesh government's protests have fallen on deaf ears so far.

In fact, Bangladesh has not been in the best of relations with Myanmar even when it was known as Burma because of its internal conflicts that spilled over to this side of the border. The saga of Rohingya eviction from their homes began as early as 1977 followed by a mass exodus in 2009 and the greatest of all in 2017 when 750,000 Rohingya from the Rakhine state crossed over to Bangladesh. Since then Bangladesh has been sheltering more than a million of those refugees at a huge economic, social and environmental cost. The prospect of repatriation of the Rohingya people fades into distant horizon with the internal conflicts in Myanmar intensifying. Now that the military rulers are facing resistance and reprisals, their army on the battlefront has gone berserk.

On top of this, there is ample provocation and unless the Bangladesh government had demonstrated maximum restraint, a war would have flared between the two countries. Myanmar under the junta rule has caused the nation on this side of the Naf river bleed. That its pogrom of the Rohingya people has imposed an economic burden on Bangladesh is none of its concern. Myanmar also stands accused of its despicable role in random supply of drugs, yaba in particular. It has allowed proliferation of yaba-producing factories on its soil close to the border. Now its military operations in border areas have crossed all limits. Its aggression has to be repulsed before it poses a serious threat to Bangladesh's sovereignty.

Now Bangladesh finds itself in a delicate situation because its primary concern is the repatriation of more than 1.0 million Rohingya refugees from its soil. Border skirmishes between the military of the Junta government and the Arakan Army have posed a serious threat to repatriation. Bangladesh cannot and must not be at the receiving end perpetually. Its aim is to settle the issue peacefully. But the junta government's postures and actions are proving too much for the country hosting a huge number of Rohingya refugees.

World's big players know very well how the military rulers have gone crazy to unleash oppression on their own people and are also posing a threat to its neighbours. But they won't exert enough pressure on the military high commands in Napayidaw only because they have economic and commercial interests in that country with vast natural resources. This is exactly why the defenders of democracy are turning a blind eye to the atrocities, pogroms and violation of international rules and laws. But this cannot go on for the eternity. The illegal power seizers there must be held accountable for their crimes against humanity.