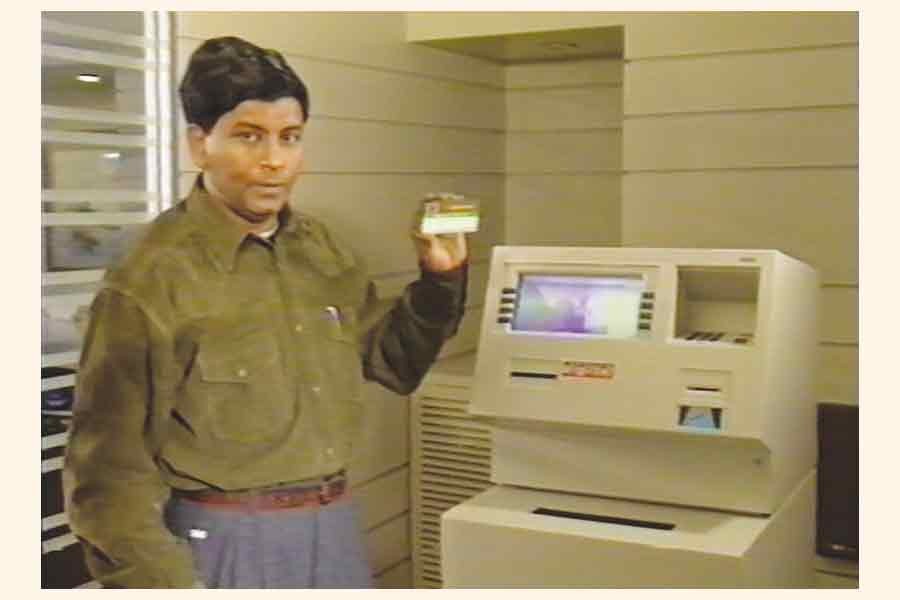 With so many distressing news reports of mismanagement in the banking sector in Bangladesh people have a conception that banks are all full of deceits. And telling anything good about any bank is not something that someone is very happy to hear.

Bank is not a subject of poetry, yet it has stories to tell and anecdotes to share. Every bank has an enthralling history. In our country, not all banks are bad, not every banker is inefficient. Agrani Bank is a bank that has a long heritage for its contribution to our society and economy.

At a time when the rich were getting richer and the poor poorer, when the commercial banks chased only the wealthy people to make them wealthier, it was Bangabandhu Sheikh Mujibur Rahman who visualised that it was time for 'mass banking', not 'class banking'. He nationalised the commercial banks by a proclamation, opening the door for the state-owned banks to give much needed finance to the rural poor for development of agriculture. Never before did a commercial bank disburse loans to the people in rural areas.

The total outstanding amount of micro-finance in Bangladesh now stands at about Taka 27.74 billion. Many of us perhaps forgot who took the first baby steps in providing micro finance to the poor. Based on the vision of Bangabandhu, it was Special Agricultural Credit Programme of Taka 100 crore and a plethora of micro credit programmes of the state-owned banks, such as  Agrani Bank's 'Dheki loan' for rural women for thrashing paddy seeds, that disbursed crores of Taka as collateral-free micro loans in rural areas. It was one of those micro credit programmes that inspired Professor Muhammad Yunus to apply for a small amount of micro loan for a group of poor women from a state-owned bank; a seed was thus sown for Grameen Bank.

Retired long time ago, now isolated from familiar surroundings, I often enjoy reminiscing on the pleasant memories associated with the bank. I experience a queer wistfulness of times past whenever I see the signboard of Agrani Bank.

Agrani Bank was once famous for school banking. Many of us had opened a junior bank account with Habib Bank (the bank that eventually was renamed as Agrani Bank) when we were in our primary schools. The local branch of the bank would come to our school to give us our passbooks. At that time, the bank started a marketing campaign "Habib Bank, amalo to" (Habib bank, mine too) said by a little boy in radio commercial. I am sure men and women of my age would remember this. I still remember it, I still hear "amalo to" in my brain. Agrani Bank continued the 'school banking' for many years; a bank employee would go to school to collect deposits from the school kids and update their passbooks with new balances. Many of those junior account holders became loyal customers of Agrani Bank for life.

There are several mileposts in the 50-year journey of the bank. Some of those milestones were major breakthroughs in the banking sector of Bangladesh.

Mr. L R Sarkar, the legendary banker, introduced for the first time in Bangladesh two memorable projects of Agrani Bank. One was "Earn While You Learn", an admired scheme which opened the door for college and university students to work in the bank as part-timers and the other was "Bikolpo", a revolutionary scheme for students and unemployed graduates who could avail of loans at soft terms to buy, for instance, a public transport or start a small business venture which they were required to operate themselves as self-employed.

With loans and advances of Taka 51,944 crore and operating profit of Taka 743 crore in 2020, as published in their website, Agrani Bank is a proven leading bank in respect of creating credit, providing financial services to the general public and business, contributing to sustainable growth of the economy and public welfare. A plethora of deposit and loan products of the bank has made significant impact in the banking market. The ever-ascending trajectory of the bank's development in all financial indicators heralds its brighter future in the years to come.

Development of Agrani Bank in the last few years has been phenomenal thanks to its immediate past Managing Director Mr. Mohammad Shams Ul Islam. Besides contributing to bank's financial growth, Mr. Islam, a man of creativity and foresight, is perhaps the only Managing Director who has left a rich legacy of infrastructure, architectural beauty, valuable archives, and the bank's history compiled in a book that will live on for generations to come. The "Bangabandhu Corner" in the bank's head office that he created is a point of attraction. Adorned with a beautiful sculpture and a mural of Bangabandhu the cozy corner is a miniature library full of reading and digital materials about life and works of the Father of the Nation.

This story of Agrani Bank will remain unfinished if I do not mention about one beauty project of the bank where I was actively involved.

If a student is asked to write an essay about Auto Teller Machine (ATM) in Bangladesh, the essay will be incomplete if he or she does not write that the first ever ATM was installed back in 1994 in Agrani Bank, Jatiya Press Club Branch, Dhaka. It was a tech story about the advantages of Auto Teller Machine I was reading in a foreign magazine when I was Manager, Agrani Bank, Jatiya Press Club Branch in 1993.

The next day, I rushed to Mr. Mustafa Aminur Rashid, then Managing Director of the bank, requesting him to install a Teller machine in my branch. My proposition was shelved on the ground that withdrawing money without an instrument like a check did not fit in the Negotiable Instrument Act, 1881. My persistent nagging and initiation note with lots of supporting clippings from newspapers and magazines ultimately bore fruits and the machine was finally installed sometime in 1994.

Many people and bankers including those of reputed foreign banks like Standard Chartered Bank visited our branch to see for themselves the wonder machine that dispensed cash on the strength of Personal Identification Number (PIN) only--no more a check was necessary.