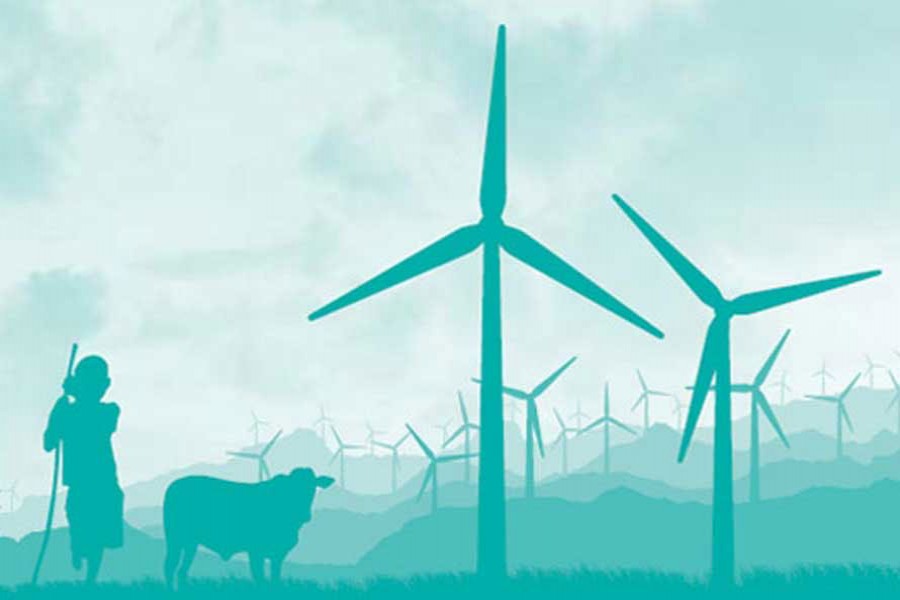 The Global Climate Risk Index has placed Bangladesh at the seventh position among countries most vulnerable to climate change in its annual report for 2020, which was released by a German think tank last week.

According to the think tank, Bangladesh lost 577 lives during the last 21 years since 1999, suffered economic losses to the tune of US$1.7 billion in purchasing power parity and witnessed 151 extreme weather events during the period from 1999 to 2018.

Bangladesh's ranking in the index was decided based on these data, the think-tank said. The data showed that the losses were equivalent to 0.41 per cent of the country's gross domestic product.

There is no denying that Bangladesh is one of the most affected countries in the world on account of climate change in the past two decades, says the German think-tank report. In 2016, Bangladesh stood 13th among other countries in the world -- counting a total of 222 fatalities for climate change and incurred losses over US$1,100 billion. Honduras bottomed the list of most affected countries of the past 20 years, followed by Haiti, Myanmar, Nicaragua and the Philippines.

The United Nations (UN) has recently called upon the rich nations to ramp up financial aid to help poor countries shore up their defences against climate change. Rich nations pledged in 2009 to mobilise $100 billion per year from 2020 for climate aid to the developing world.

But the poor nations are insisting on a clear roadmap for reaching the goal, and on a bigger focus on money for climate adaptation, which entails building resilience against global warming impacts. So far, adaptation has received less than a fifth of climate finance made available.

The cost for developing countries as regards adaptation alone could range from $140 billion to $300 billion by 2030, and from $280 billion to $550 billion by 2050 -- five times higher than previously estimated, UN Environment Programme, also known as UNEP, said in a statement.

Consequent upon this, developing nations need huge finance for making the switch away from fossil fuels to renewable energies -- called mitigation -- as well as for adaptation, and for coping with climate change effects that can no longer be avoided.

It is thus evident that climate change is no longer a myth, and it is affecting the normal life of the common people of the vulnerable countries.

For Bangladesh to prepare itself in this regard, a national level ecosystem survey should be carried out periodically by government, non-government and international organisations as part of monitoring and evaluation. Conducting such survey will help the policymakers and implementing bodies to plan for dealing with the resultant situation in line with the SDGs.

Ecosystem-based adaptation, like the "floating garden" can provide cost-effective solutions and multiple socio-economic benefits to the country's ecosystem. As a tool for strengthening biodiversity management in the country, this approach should be mainstreamed into conservation and development policies by the government.

Analysts and civil society leaders in Bangladesh have voiced concern over the poor inflow of climate fund and suggested enhancement of the country's capacity of fund utilisation and coordination among the stakeholders to reverse the situation.

Initial pledges of US$13.5 billion were made by more than 13 countries by 2016. So far, Bangladesh received commitments of $80 million for adaptation projects. The country has, so far, failed to designate a national body to negotiate the global climate fund (GCF).

There is a need for integrating social, economic and environmental issues for better mobilisation and utilisation of the climate fund. In fact, access to GCF is the main challenge for Bangladesh. For that matter, transparency and accountability in spending climate funds have to be ensured and that would help the country attract foreign funds in future to combat the effects of climate change.