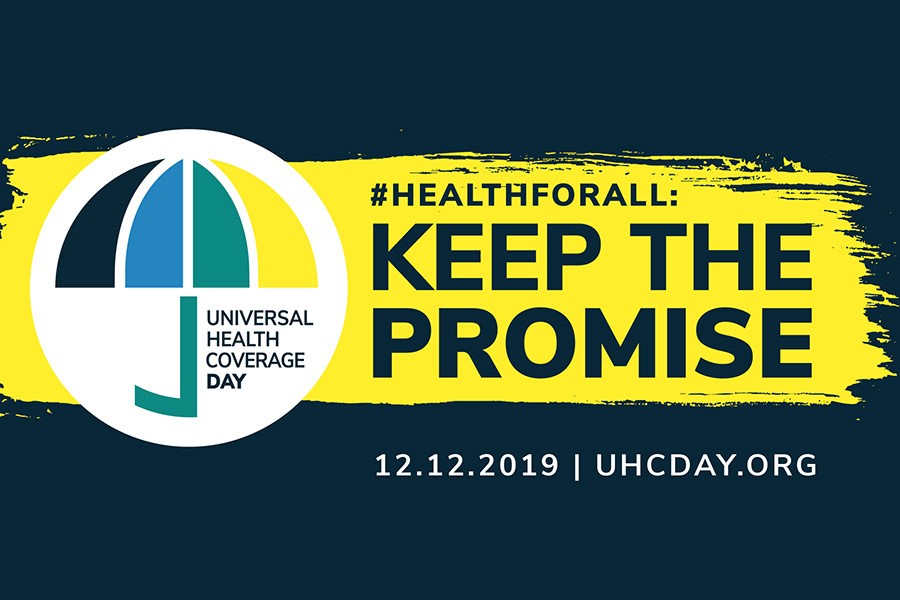 Bangladesh has much to celebrate on this day, December 12, which is International Universal Health Coverage (UHC) Day.  It is an occasion to draw attention to the aspiration for a world in which everyone can obtain the health care they need without suffering financial hardship.  It is well known globally that Bangladesh was a star performer on the Millennium Development Goal (MDG) health agenda, having achieved sharp declines in maternal, infant, and under-five mortality rates between 1990 and 2015.  This was in no small part due to significant expansion of priority services such as immunisation and family planning.  This strong track record has given Bangladesh a head start on its commitment to achieve the Sustainable Development Goals (SDGs) by 2030, including Goal 3.8.1, to attain UHC.

The UHC envisions both population-wide service coverage and financial protection against the high costs of medical care.  Bangladesh has made more progress on the first goal than the second.  Indeed, over 60 per cent of total health expenditures in Bangladesh are paid directly out-of-pocket by households, among the highest rates in the world.  This has major consequences. The World Bank and the World Health Organisation's joint report, 'Global Monitoring Report on Financial Protection in Health 2019' estimated that every year 7.0 per cent of households in Bangladesh are pushed into poverty as a result of out-of-pocket spending on health.

For Bangladesh to progress on the financial protection agenda, the country will need to take action in two key areas.  First, a larger health budget will be essential.  At less than 1.0 per cent of GDP (gross domestic product), government health spending in Bangladesh is among the lowest in the world. According to the recent report 'Public Spending on Health: A Closer Look at Global Trends' by the World Health Organisation, the average among countries at its income level is 2.3 per cent.  The global pattern is clear: the less a government spends on health, the higher out-of-pocket payments will be.  In lower-middle income countries around the world, the declining importance of donor assistance and the difficulty of mobilising insurance contributions in largely informal economies has meant that there is no substitute for government budget resources for health, especially to provide for the poor, vulnerable, young, old, and informal workers.  In other words, for most of the population.

The second action will be to determine how best to spend a larger government health budget in a way that achieves real impact.  One option is to spend additional resources directly on government doctors, drugs, hospitals and health centres.  This is the "supply-side" approach generally adhered to in the past.  It is a simpler approach, but it might not create the right incentives for improved system performance.  In this scenario, long-standing challenges related to absenteeism and low budget execution should be addressed.  A second option would be to identify a priority population and finance health care services for them, possibly including those availed in the private sector.  This is the "demand-side" approach, which would be a relatively new direction for Bangladesh. It is a more complex system to manage but offers significant promise to strengthen accountability of health care providers.

Whatever path is chosen, the top priority should be to ensure a consistent focus on the poor and vulnerable. Around the world, countries that prioritised formal sector workers and civil servants in their health financing reforms have experienced widening inequalities between rich and poor. By contrast, those that took a pro-poor approach - whether through supply or demand-side initiatives - have achieved more equitable outcomes.

For Bangladesh, more resources for the health sector and a robust strategy to improve financial protection for the poor and vulnerable will go a long way to ensure that it sustains its reputation as a global health leader.  Let us all look forward to more UHC Day celebrations in the years ahead.