On Bangladesh GDP in the time of coronavirus 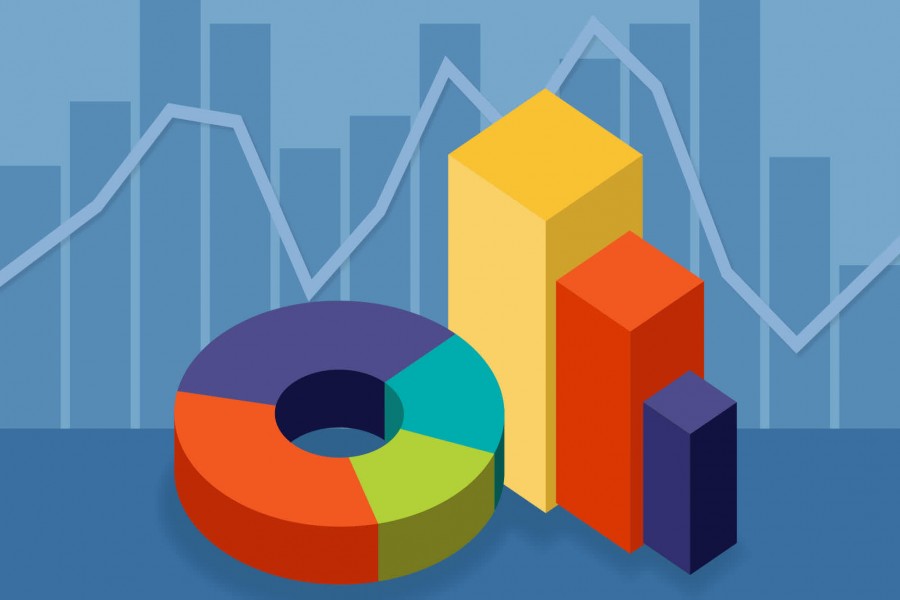 The purpose of this article is to highlight issues that can impact on  Bangladesh GDP in view of the controversy surrounding the latest published data on the GDP growth rate for 2019-20. According to the Bangladesh Bureau of Statistics (BBS), Bangladesh GDP grew by 5.24 per cent during 2019-20 raising the per capita income by US$155 to US$2,064. This growth rate has been achieved when the global economy is contracting, in particular the whole developed world where according to the Organisation for Economic Cooperation and Development (OECD) major economies are expected to contract by 2.4 per cent in 2020. The World Bank GDP projection for 2020 predicts a fall by 2.5 per cent for developing countries and 1.8 per cent for developed countries. Even the neighbouring country India recorded a contraction of the economy by 23.9 per cent during the April-June quarter of 2020.

This growth rate is also much above the economic growth forecast provided  for Bangladesh by the World Bank (WB) at 1.6 percent, International Monetary Fund (IMF) at 3.8 percent and Asian Development Bank (ADB) at 4.5 percent for 2020. While these forecast figures are for the calendar year 2020, but the BBS growth figure is for the 2019-20 financial year. In fact, the Bangladesh government believes  that the economy is on track to achieve 8.2 per cent growth rate in 2020-21 and also expects the economy to rebound at a higher pace than before after the pandemic is over (FE, August, 28). There is an implicit message that the economy is not only trekking back to pre-pandemic levels but also will surpass that.

The outbreak of the Covid-19 pandemic created highly uncertain circumstances for households, businesses and governments around the world including Bangladesh. While cost of the shutdown could be substantial,  the cost of not shutting down the economy would have been even higher. This situation will continue until an effective vaccine or treatment becomes available. People in Bangladesh, like elsewhere are in an unprecedented situation where the economy is struggling to recover from shutdowns and  partial shutdowns. In such circumstances  people are struggling to make sense of  the published data, which often has a  substantial lag.

Bangladesh reported the first cases of Covid-19 in the early March and in response to widespread concern regarding the intensity and duration of the pandemic, the economy was initially shut down from the mid -March to the end of May. Thereafter some partial openings to complete shutdowns in a localised fashion have continued depending on the intensity of the pandemic. But since early August most restrictions have been lifted. Therefore, the impact of four months of economic slowdown from March to June is reflected in this published figure assuming July, 2019 to February, 2020 economy operated as normal and was on track with the projected growth rate of 8.2 per cent for the period under consideration. But available data on macroeconomic aggregates such as household consumption, trade and private investment do not support that the economy was tracking along the projected growth rate path before the onset of the pandemic.

Not surprisingly it appears there is a general consensus among the economists in general and the leading economic research institutes in particular  in the country that the published growth figure is an  overestimation and unrealistic in view of the fact that the economy was already slowing down even before  the onset of the pandemic. They also questioned the methodological process used in estimating the growth figure including its reliability. According to the BBS, the growth figure was achieved by extrapolating actual data from July 2019 to March, 2020 for the next three months (April-June, 2020), therefore the figure remains provisional. But one thing for sure, there will be ongoing costs to the economy both due to the impact of shutdowns as well as the fear of pandemic preventing people to resume normal economic activity. The combined impact will result in a significant contraction of the economy.

To understand the intensity of the impacts from the Covid-19 pandemic on the Bangladesh economy, we must have to have a clear grasp in identifying the mechanism through which shocks through individual markets to the economy are transmitted. The most widely reported measure throughout the world of nation's economic performance is gross domestic product (GDP) or the aggregate output of the economy which is composed of household consumption (C), private investment (I), government expenditure (G) and net exports (X-M).  Therefore, the equilibrium  growth path of the economy  can only be understood as the sum of the growth of each of these components.

Now we can easily work out what is happening to the economy by just looking  at Covid-19 induced  economic shocks that are transmitted  through individual components to the aggregate economy. The striking feature is the short run reduction in the supply of labour which leads to declining spending on consumer goods and services, in particular durables, health and personal care services, travel, recreation and entertainment etc. This is due to social isolation, illness, concerns for their income and savings. Also, there is perceived fall in the value capital assets or what is known as the ''wealth effect'' which also has to be taken into account.

It is estimated that Bangladeshi RMG workers lost US$500 million in wages in four months from March to June. The Institute of Labour Studies also estimated that 1,915 garments factories were closed down rendering 324,684  workers unemployed due to the pandemic. Many of these workers were not paid  their outstanding wages and salaries. It is most likely that many of these workers will never work again.

According to the Bangladesh Institute of Development Studies (BIDS), 164 million have joined as new poor in the country due to Covid-19. A recent survey conducted by the International Centre for Diarrheal Disease Research (ICDDR) in  Bangladesh found that during the lockdown  (March-May, 2000), 91 per cent of sample families considered themselves to be financially unstable. 47 per cent saw their earnings drop below the international poverty line of Tk160 (US$1.90) per person per day, 70 per cent experienced food insecurity and 15 per cent either ran out of food or remained hungry or missed meals (FE, August, 27).

The Bangladesh economy is also currently facing the prospect of plummeting remittances. It is estimated that migrant remittances have declined by a quarter during the pandemic globally. Migrant remittances constitute about 9 per cent of Bangladesh GDP. A large number of expatriate workers are returning home, further adding to the worsening unemployment situation.

Reduced household consumption expenditure causes a decline in business confidence which leads to decline in private investment. The country also faces very low levels of foreign direct investment (FDI), accounting for about 4 per cent of total private investment. The drop in investment means that the country will be less wealthy in the future and this will impact negatively on future productivity and income. Also, economy-wide  reduced productivity of capital  represents idle capacity in the economy resulting from reduced consumer demand as well as  the disruptions in global supply chains caused by Covid-19. However, this loss of productivity  must be offset  to some extent by effective gains in productivity associated with the increased telecommunicating and other associated means of communication.

However, the government largely relied on monetary policy measures, in particular interest rates for providing assistance to the private sector to tide over the current difficult situation including the provision of  subsidy for interest payments.  Monetary ease to counter fiscal stringency postpones and aggravates private debt problem. Such measures will also cause distortions in financial markets with the consequent impact on the economy. The budget  for 2020-21 stipulated some reduction in expenditure putting on hold low priority development projects while increasing expenditures on health care, agriculture and social safety. Overall, it appears  there has been little net change in government expenditures in real terms.

The International Monetary Fund (IMF) already pointed out that the global strengthening of the US dollar was likely to amplify in the short run fall in global trade and economic activity. In fact, it further pointed out the strengthening of the US dollar and its dominance as the global currency could impact the way global trade worked and could make a global economic recovery from the Covid-19 pandemic even more difficult.

There are also increased costs of international trade now, especially for those industries where supply chains are integrated across borders and those involved in moving goods and people i.e., trade and air transport. According to the World Trade Organisation (WTO), global trade is expected to decline by 13 to 32 per cent in 2020. Even if we get through the pandemic, there is  the looming danger that the commitment to an open rule based trading system is on the retreat and as a result of that the Bangladesh economy may face increased challenges to its growth prospect.

Notwithstanding the country's overreliance on export of RMG and overseas remittances, the introduction of an external shock to one or more components of GDP will have discernible effect on economic growth. As the situation is unfolding in Bangladesh resulting from the spread of the virus, all the broad economic indicators suggest  significant declines in household consumption, investment and exports without any significant counterbalancing government expenditures to restore the economy to equilibrium.

Therefore, the published GDP growth figure does not look tenable. This calls for a vigorous economic stimulus package in the form of fiscal support and that is needed urgently. This fiscal support will be required for some time given the outlook for the economy and the prospect of rising unemployment. The crisis  once again brings to the fore the importance of bringing the virus under control to enable the people to feel safe and the economy to start  moving forward again.