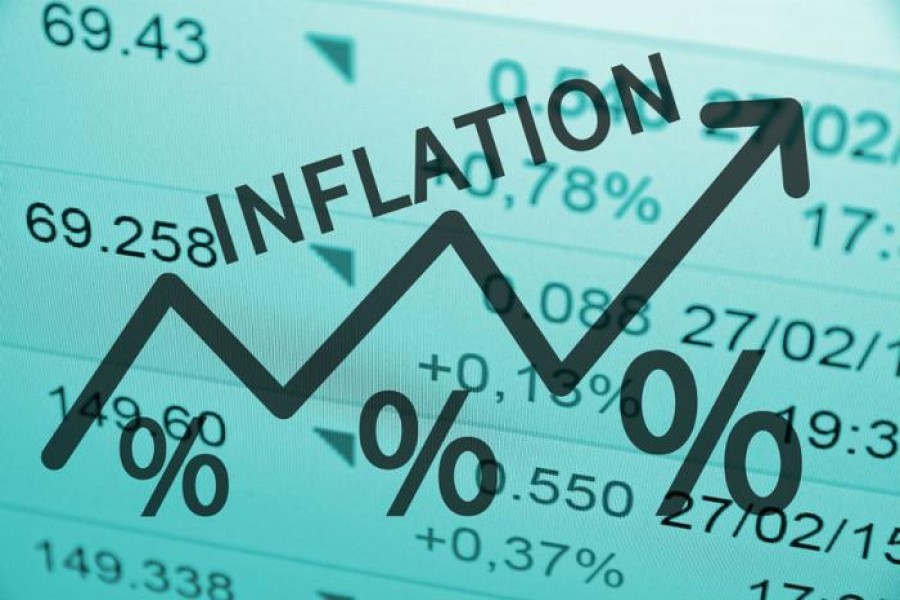 When inflation is soaring across the world, the situation in Bangladesh is slightly different. The country is also feeling the pinch of price inflation but at a lower rate, at least officially. The national statistical agency released the latest monthly inflation figure last week which is good enough to puzzle everyone.  According to Bangladesh Bureau of Statistics (BBS), the rate of general inflation in April inched to 6.29 per cent from 6.22 per cent in March. What is quite perplexing is that the food inflation in April declined to 6.24 per cent from 6.34 per cent in March.  Non-food inflation, however, increased to 6.39 per cent from 6.04 per cent during the period under review.

Last month was also the month of holy Ramadan in Bangladesh when prices of various food items surged sharply. There was a huge outcry regarding the sharp rise in food prices during the first 10 days of the month. Prices became stable later and finally went up again before Eid. So, it is difficult to comprehend how food inflation rate declined in the month of April when prices of most food items went up. There is also no plausible explanation from the ministry or the agency concerned . The monthly inflation report only provides the figures without any explanatory note.

Nevertheless, the policymakers may justify the decline in the country's food inflation quoting the United Nations Food and Agriculture Organization (FAO) statistics. The FAO Food Price Index stood at 158.5 points in April 2022, down by 0.8 per cent from the all-time high at 159.7 points in March. It means global food commodity prices decreased in April after a large jump the previous month. Modest declines in the prices of vegetable oils and cereals pulled down the FAO food price index marginally.

Despite slight decline in the last month, FAO food price index is still quite high and well above the 141.1 points in February this year. Similarly in Bangladesh, food inflation rate recorded in February was at 6.22 per cent and the rate in April was slightly above the figure. This statistics may bring some comfort to the government while people who are struggling with the soaring food prices will not find any relief from it.

BBS calculates the inflation using Consumer Price Index (CPI) and food carries 56 per cent weight of the total consumer basket. So, food inflation largely drives the overall inflation. That's why there was a modest rise in overall inflation even after a sharp rise in non-food inflation in the last month to 6.39 per cent from 6.04 per cent.  The annual average inflation rate also increased slightly to 5.81 per cent in the last month from 5.75 per cent in March this year. Reality doesn't fully match the official figures of inflation for a couple of reasons.

The month of Ramadan was followed by Eid-ul-Fitr, the largest festival in the country.  Therefore, there was a high spending spree in the last month and money supply also increased significantly in the market. For instance, inflow of remittance, sent by the non-resident Bangladeshis (NRBs), stood at $2.09 billion in the last month which was the highest in a single month in the current fiscal year. The equivalent amount of local currency was supplied in the market.

As the data on total amount of money supply in April is not yet available, proxy indicator like the volume of retail market transaction may be helpful to get an idea about the monetary growth. The association of the country's shop owners estimated that their Eid-centric total sale reached around Tk 1.70 trillion this year which was 15-20 per cent higher than the previous year. Despite being a guesstimate, the figure clearly shows that a good amount of money was in transaction in the month which pushed up demands for food and non-food items. Higher demands came with hike in costs of production and supply. The natural outcome is rise in inflation which is not fully reflected in the latest official data.

It is a tested economic theory that rises in money supply generally push up inflation at various levels in various conditions. That's why central banks try to adjust the rates of interests to control the money supply having ultimate objective of curbing inflation.

Over the years, economists have raised question about the reliability of the official inflation figure. They have apprehended that underreporting or miscalculating of inflation would lead to serious policy problem and also may turn into economic mismanagement. The April data only reinforce this apprehension which is not desirable.

Bangladesh Bank, relying on the official figure, is also not applying its instruments to contain the inflation. There is no move to raise the policy rates and give a strong signal that inflation is approaching the danger level. As the central bank wants to keep the annual average rate of inflation within 5.40 per cent in line with the government's budget for FY22, average rate of 5.81 per cent in April seems still comfortable to the monetary authority.

Some economists believe that inflation rate has already reached a double digit figure. If that is not the case, it is also difficult to accept that inflation rate is still below 7.0 per cent. Moreover, when the Gross Domestic Product (GDP) registered 7.25 per cent growth in the current fiscal year, as per provisional statistics of BBS, a lower rate of inflation seems misleading.