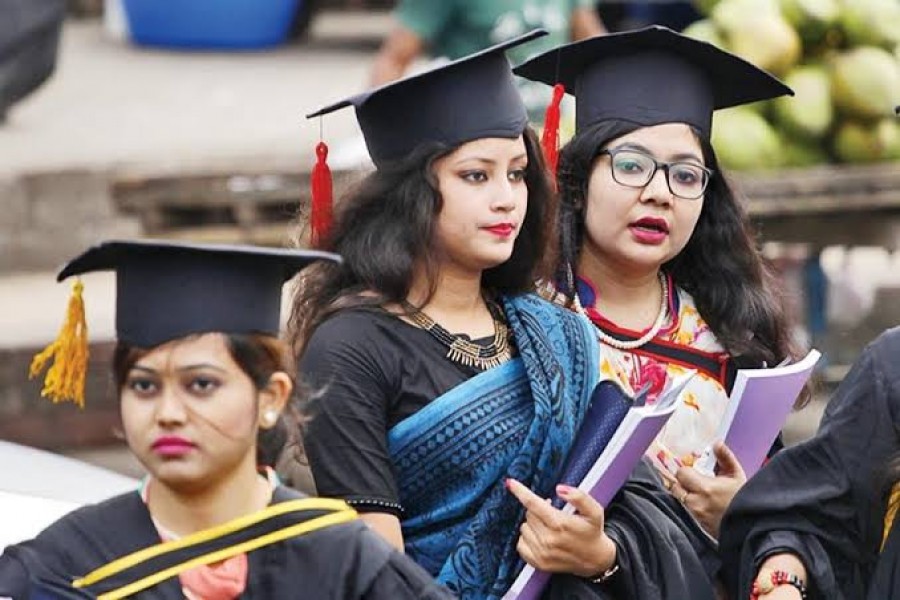 A minister of military ruler HM Ershad's cabinet once told this author that there was a discussion in powerful quarters in the 1980s as to why Dhaka University should not be closed down since its students were creating 'so much of trouble' for the regime. Bangladesh's university students earned glory for their role in democratic movements.

That is not, however, the purpose of a university or mission of a serious student. As quality of university education has come into question of late, mainly for poor global ranking of Bangladeshi universities, the authorities are being asked about their achievements, especially in research.

Our educational institutions have been successful in producing hundreds of thousands of graduates, in compliance with official policy and guardians' demand for making their children degree-holders. Employability and research orientation were hardly taken into account, unless or unless the graduates faced real-life challenges.

Suddenly the moment the issue of quality and tensions on the campus have drawn attention of many, the old question has arisen: Why is a university established and run?

After independence, the government of Bangladesh reconstituted and reorganised the University of Dhaka, for "the purpose of improving the teaching and research", promulgating the Dhaka University Order 1973. The university was founded in 1921 in order to create new areas of knowledge, following the Oxford University's course, tutorial and residential system.

"The University shall have the powers:-(a) to provide for instruction in such branches of learning as the University may think fit, and to make provisions for research and for advancement and dissemination of knowledge," states the 1973 Order, which was similar to the orders applicable for Chittagong, Rajshahi and Jahangirnagar universities at that time.

The Private University Act 1992 said it is necessary 'to establish private universities in order to meet the increasing demand of, and to extend pervasively, higher education in the country, to facilitate the access of the general public to higher education and to create in this way a class of skilled persons'. As these institutes are supposed to be funded privately, the law anticipated that 'several well-wishing persons, associations, charitable funds and institutions of the country are eager to establish and manage private universities'.

It has defined funding mechanism for private universities but narrowed down the greater purpose of education, by focusing merely on horizontal expansion and skills. The public universities, funded by taxpayers, enjoy more liberty to carry out research, although we have not heard much from the authorities what kind of knowledge they have created in recent times.

The University Grants Commission, in its latest annual report 2017, mentioned about increasing allocations for research but emphasised that there was no alternative to raising funds for improving standard of research to attain the goals of development set by the government for 2021, 2030 and 2041. It pointed out that most of the private universities had not submitted their financial statements to the commission.

The UGC report indicates that there are deficiencies in research and lack of transparency in financial management of higher educational institutes. Accountability in spending taxpayers' money or students' fees in running universities still remains a remote task.

That the key objectives of a university are simple and universal has been recognised in Bangladesh's laws and rules. The only discrepancy is: A clear focus has not been made to pursue major goals of higher education - proper teaching, learning and knowledge creation.

University authorities and regulators anywhere in the world have to justify spending of taxpayers' money or that of privately donated funds in running the institutions by showing tangible achievements in conformity with avowed purpose of higher education. In fact, the capacity of a university implies the state of development and the status of a nation in terms of civilisation.