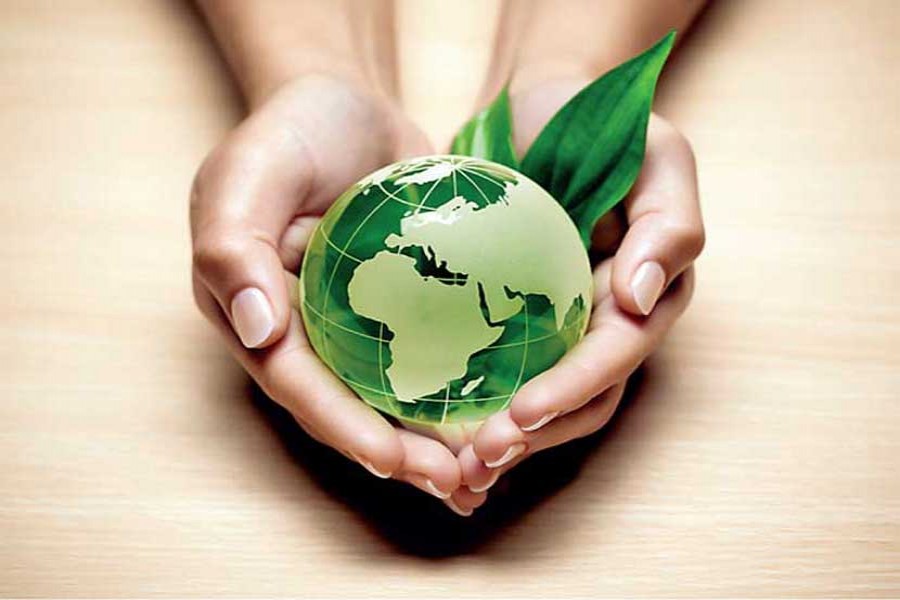 "Eternal vigilance is the price of liberty." So said abolitionist Wendell Phillips in 1852, and so believed constitutionalist Thomas Jefferson in the 1770s. Does the argument hold water in a perpetually upward-spiralling 21st century Bangladesh? As the country's nationalism mellows after almost half a century of independence, is it also yellowing?

How nationalism evokes passion was thrust upon us by Kazi Nazrul Islam and others from a century ago. That trait was confirmed over and over again elsewhere. Though creating India and Pakistan from colonialism breathed new life, with a bloodier 1971 emergence, could Bangladeshi freedom produce patriotism (shaping our everyday taste-and-tell experiences)?

When the country's liberation closed one nationalism cycle, others cropped up, some with a glow to its face (March 26, December 16), others designed to slow the very  pace (February 21). Our Language Day still teaches us how, since an identity-satiation mission must be followed by state-building, passion also needs to tone down: our February 21 passion must now share the spotlight with March 26 and December 16, suggesting how emotions come, go, combine, split, and vary.

Economic nationalism either tip-toes or hugs the political, a protectionist policy-approach portraying it the best. Nationalising all between 1972 and 1975, we had fed another Liberation War pillar: socialism. Bangladesh's post-1971 start was galvanised by such sentiments: jute would bring in wads, buckets, even truckloads of bucks, build society, and breed widespread economic prosperity for all under state supervision, in short, replace East Pakistan's "22-family" non-Bangalee economic structure with Bangladeshi ownership.  No fairer shake prevailed.

Simultaneously, when a visiting mid-1970s World Bank team alerted us how synthetics threatened our golden fibre, an independent and simultaneous GATT (General Agreement on Tariffs and Trade) development, called the Multi-fibre Arrangement, breathed new and far more titillating life, opening another privatised sector: processing imported fibre for sale. Our RMG (ready-made garment) exports soon became our 3-lettered pot of gold. Even half-hearted liberalisation was enough to stimulate our raw accumulative instincts, with tangible differences immediately surfacing: automobile varieties mushroomed on Dhaka's roads like never before; citizens boasted more foreign exchange freedom when travelling; bustling vacation flights from Shahjalal International Airport made Kurmitola Airport look like a district airstrip and so forth.  We can see, feel, and taste more options in every life dimension than ever, given those changes.

Clipped in some areas, nationalism bloated elsewhere. Instead of personal experiences or hand-me-down narratives, we must now turn to classroom textbooks to be reminded of the fiery nationalist years, the 1952s and 1971s (even as we explore cyberspace on our 21st century mobile). International cricket games involving our national team, the capacity of our RMG income to buoy our social status, buy to our heart's content, and go wherever we like as not before, often evoke the nationalist "fire," albeit sometimes too exaggeratedly. Yet the point remains, like a switchboard, "nationalism" can now be turned "on" or "off": the die-hard may say "once a flame, always a flame," but tone-flickering is now mainstream story-telling.

Nationalism can now be disaggregated into "phases": a "virgin" start, with dreams and desires waiting for a spark; when it comes, catapulting explosively into action at a more mature stage; then relishing all the gotten fruits so gracefully (which does not mean to stamp out the original "fire" or dilute its accompanying impulses). Noise is made by youthful desires and maturity igniting "fires", but grace is what ultimately inspires.

Bangladesh traversed a rough version of that cycle. Its rocky youth depicted war devastation and famine, but still bristled with hopes; maturity came early with the RMG leap, beginning an innings few wish will ever end. Climbing the middle-income ladder, nonetheless, requires grace to acquire that deserved "developed" sobriquet. That, by definition, must be as liberal as any. By our own experiences, it must remain as humble as our freedom fighters were brave; and for our children's future, be as innovative as the Fourth Industrial Revolution needs us to be.

Nationalism's capacities to bend, blend, and break need scrutiny. Our century-long evolution exposes our bending and blending, but though breakage was costly in 1947 and 1971, how we defiantly pushed our 1952 identity and built our 1971 statehood needs reviving.

Prey of all stripes abound: the RMG low-wage slowly evaporating without alternative income-springboards; congestion suffocating metropolitan citizens, with motorcycles, cars, trucks, buses, and rickshaws hijacking our breathing spaces, movement freedoms, and life expectancies; climate-change imperatives pushing panic buttons; drugs overshadowing Mother Nature's gifts; hard-earned export-earnings returning to foreign tax-havens; terrorism driving us into silo-mindedness; and so forth. Even the mightiest of empires (the Roman and British empires, for example) were felled by such mundane forces (overextensions and nationalism respectively). The more the "fires" of nationalism subside and the more nationalism mellows, the more yellow signals we will see, warning us of impending vulnerability from concurrent complacency. Harnessing our life and emotions begins most solidly in the classroom.

Creeping nonchalance and increasing neglect unfortunately characterise classes. In English-medium universities, for instance, when conversations and proceedings eventually and ultimately drift into Bangla, the retreat from intellectual exercises (substituting the language we know for a new one), like rising ocean water-levels predicting coastal erosion, exposes the very pathway we are most comfortable in. Nationalism breeding populism in Narendra Modi's India, across West Europe, or with Donald J. Trump's "America First" slogan augments that claim.

Complacency descends naturally, accompanying economic growth, feeding upon side-kicks, and inviting escapades. Directly or indirectly RMG income has filled up enough of our coffers for us to disband thoughts of plummeting into poverty, or even exploring alternative income avenues. Similarly, since the internet serves as the complacent mindset's "ace of spade," learning easily derails:  seducing students away from industrious exercises, the internet opens a Pandora's Box with its own Gresham's Law recipe, that is, anything "lesser" drives out whatever is "grander." Eventually drug-addiction becomes our scourge: lacing the length, breadth, and depth of campuses, drugs tranquilise our parental desires for us to become as accomplished as our country is independent and upward-moving. Diverting all their income to building a sturdy progeny, parents have to be halted at their Gate of Eden even with an admission ticket in hand.

A final straw of graying nationalism returns to another aspect of language: not learning English may even conceal the inability to spell one's own name in one's own mother-tongue. Education without mindset restructuring and resuscitation might become the country's post-independence bolt out of blue. With knowledge expanding far faster than our absorptive capacities, that same street-side traffic jam alluded to can become analogous to cluttering our minds, closing personal relations, and eclipsing a once-radiant future.

This could be a ho-hum message if making money in one of the world's consistently top-ranking growth economies is top-priority (as is a growing public preference). It could also be interpreted as a drum-beating message to those who legitimately believe the status-quo is self-correcting, you know, pluses erasing minuses. For witnesses of the war 48 years ago and the country's subsequent transformation who saw how the best of Bangalee blood can still produce future winners infinitely, there is urgency in the message.

Citizens can choose from those options. Unfortunately, the country cannot.

Dr. Imtiaz A. Hussain is Professor and Head of the Department of Global Studies & Governance at Independent University, Bangladesh.