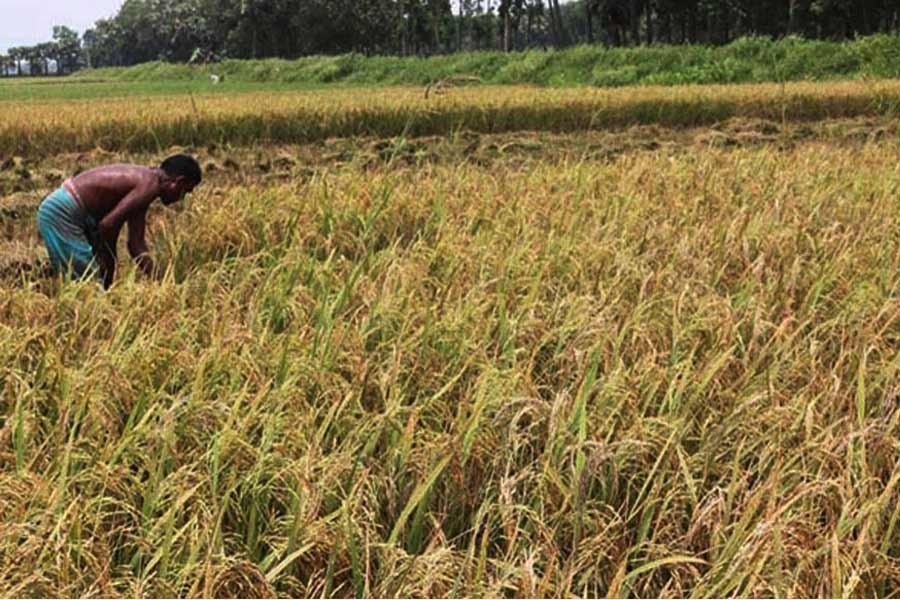 There is no denying the fact that Bangladeshi farmers have come out of subsistence farming. In the distant past, they used to produce mostly for home consumption using family labour.  Marketing depends not only on the will to market but also on the drivers that dictate the will.  Decades before 1980s, more or less, could be dubbed period of subsistence farming. Then onward, and thanks to the rapid expansion of rural communication networks, agricultural and food policy shifts and spread of High Yielding Varieties, paved ways for increased supply of produces to the market. The addition of e-marketing provided a further boost to marketing of agricultural products.

A popular perception is that the large farms sell more in the market. And since the poor and the small farms are subsistence farms, they are engaged mostly in the production for own consumption and, thus, their participation in the market remains restricted. To test the hypotheses, we ran a Multivariate Linear Regression for tracing the causal factors.

It has been assumed in the model  that  marketed output is dependent on a host of factors but important among them are: (a) MV paddy price ; (b) Total paddy production ; (c) household size ; (d) education of household head ; (d) proportion of MV paddy area ; (e) total land owned by household ; (f) good infrastructure ; (g) tenancy and (g) ecological conditions. Notably, the last three are captured by dummies in econometric exercise.

WE attempted to run a regression for two terminal points or years and observed that the value of the adjusted R2 is a good fit. The coefficients in both years have expected signs. For both years, total production emerged as an explanatory factor in marketed supply and the coefficients are highly significant. It means the obvious: marketed supply increases with increase in production. Household size has a negative sign and is highly significant implying that the larger the household size, the higher is consumption need, and hence, lower is marketed output. Marketed output also depends on owned land - more land means more sales. Education of household head also affects marketed output and the coefficient is positive and significant.

Let us now turn to the socio-economic variables that affect market participation. It appears that households with more educated heads sell more paddies in the market. It may so happen that, generally, education of heads is positively related to the size of land and so, both education and land size determine the degree of marketed output. Tenancy has the expected negative sign and the coefficient is significant. It means, tenants sell relatively less as they have to shed a part of the output to the owners of land, thus, are left with less for market after meeting home consumption.

The discussions we have made so far centred around marketed surplus. This kind of analysis does not take into cognizance the estimates on the consumption needs of households. That means, selling more in the market does not imply that market orientation enhances overall welfare of the household. It may so happen that at a certain point of time, they sell paddy in the market whereas, buy back the commodity another time for consumption purposes. It is, therefore, imperative to look at the situation from the point of view of marketable surplus to find households' net food situation.

First, available evidences tend to show that about 14 per cent of sample households - relatively larger ones  owning 1.01 ha and above land - account for about half of total paddy produced in the villages , whereas, 53 per cent of sample households (owning up to 0.2 ha   and who are functionally landless households) appear to supply only one-fifth.. By and large, roughly 56-57 per cent of the paddy output comes from small, marginal and landless households, while the rest is contributed by the medium and large farms. From this statistics, we can realize the importance of the 'poor' farm households in production of paddy in Bangladesh.  Second, when production is pitted against consumption needs of respective households, the emerging scenario becomes a bit different. Households owning above 0.41 ha (one acre) comprise 34 per cent of total households and supply 70 per cent of total output. Basically, they are the "surplus" farms. On the other hand, deficit farm households are those who own less than 0.4 ha or 100 decimals of land. In other words, only one-third of households in rural Bangladesh are net sellers and two-thirds are net buyers. A rise in the price of rice, thus, goes to adversely affect a large chunk of the rural population. Third,   large land-owning groups, which control roughly one-fourth of total output, tends to produce 60 per cent more than their consumption needs and medium farms produce 32 per cent more.

In terms of poverty groups we notice that, only the solvent group lives with a sigh of relief. It is because they appear to produce about 50 per cent more than their consumption requirements. The vulnerable group seems to be marginally managing with almost a 'break-even' point.  The most disastrous and unfortunate conditions wait for the moderate and the extreme poor, who pervasively depend on the market for 61 and 90 per cent, respectively, of consumption requirement. And finally, for all households, there is a marginal surplus of 4.0 per cent of net output coming to the market, and possibly for feeding the urban population.

In rural Bangladesh, only about one fifth of total farm households supply 92 per cent of the surplus to activate markets. This indicates the importance of a remunerative price for rice growers. In other words, rice pricing policy in Bangladesh, as elsewhere, is faced with a precarious choice. On the one hand, we need low rice prices for the large segment of the population, while at the same time, we need remunerative prices to appease producers. And finally, the threshold level for household level self-sufficiency seems to be 0.41 ha or one acre of owned land.

The dramatic fall in paddy prices in last season could have impacted upon the decision to grow paddy next season. If true, then that would mean a fall in paddy production and a rise in domestic prices (unless compensated by imports).  Particularly, the paddy marketing chain is plagued with a number of pitfalls - ranging from the dominance of middlemen to timely fixing of a remunerative procurement price to provide incentives to farmers. Bangladesh needs to learn how to protect its farmers at the cost of financial discomfort of many. Otherwise, the goose may not lay golden eggs.

Abdul Bayes is a former Professor of Economics at Jahangirnagar University and now an adjunct faculty of East West University. abdulbayes@yahoo.com