Many faces of MLM business 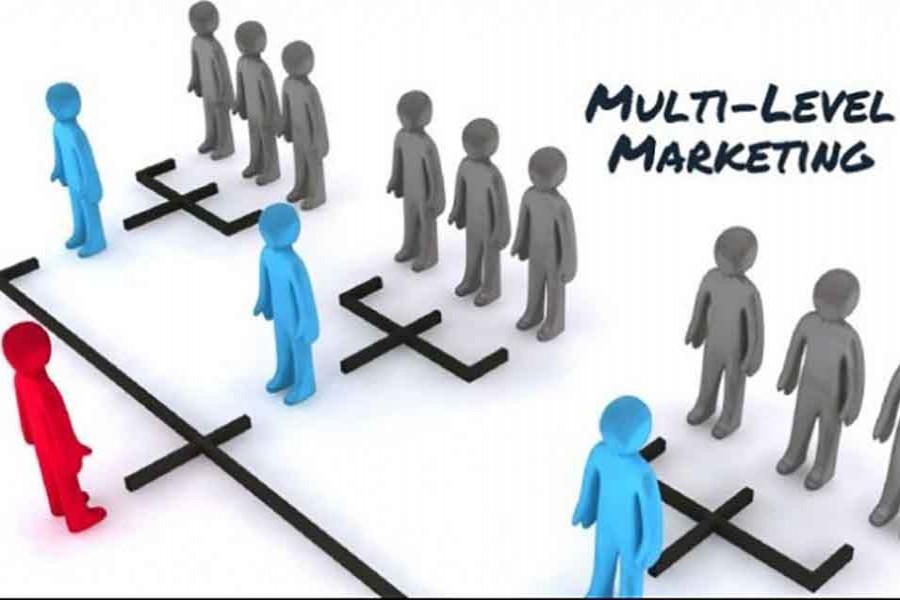 The rescue of as many as 150 youths including 30 female by the Rapid Action Battalion (RAB) from confinement in different rented apartments in Uttara, Mirpur and Rampura has once again exposed an ugly face of socio-economic reality of the country. It is the re-emergence of one of the fake multi-level marketing (MLM) companies that have swindled unsuspecting people -in this case desperate unemployed young men and women --over the decades. Some reports have it that eight and others claim 23 of the fraudsters of the gang have been arrested during the raid conducted by the RAB. All the details of the nefarious tactics used by this edition of MLM firm called Lifeway Bangladesh (Pvt) Limited are yet to emerge but on two counts it has seemingly outdone its contemporaries or predecessors.

First, it has used bullying and even physical torture when persuasion failed and second it has used youths as baits to trap their friends or acquaintances in order to collect what is called 'security money'. About one hundred such MLM companies -big and small -- in the country have swindled 50 million small savers out of their savings. Unipay2u, Jubokarmasngthan Society (Jubok) and Destiny are the more notorious ones. But none of those dared do what the Lifeway Bangladesh has allegedly done - it has offered jobs when there is none. During the first few days, its staff members keep a new recruit in good humour and then ask him or her to contact his or her friend with a similar offer of job. The ploy used is most cunning. The young man who has already deposited security money is managed during the first few days falsely termed training period to contact his or her friend. If a recruit smells rat, s/he is confined immediately and physically tortured so much that s/he has to paint a rosy future before a friend if the latter also joins the company. By this time, cell phones from the confined youths have been confiscated and they have had to languish in captivity incommunicado.

What is mind-boggling is that Lifeway could continue its notorious operation undetected so long. Obtaining its registration under the Companies Act 1994, in 2010, reportedly it was supposed to carry on business in general trading/multi-level marketing/ direct sales marketing /network marketing and home-based marketing of electrical and electronic goods. When the Multi-level Marketing Control Act, 2013 came into being following the large-scale MLM scams, the company applied for a licence to be enlisted as a MLM company but it was reportedly rejected.

Since then it has not only evaded the authority concerned but also detection by its many victims from whom it has reportedly swindled millions of taka. Along with its head office in Uttara, it has its branch offices in Gazipur, Tongi, Jatrabari and Savar. How could none of the young men or women recognise where they were confined and tortured? That the offices are shifted from time to time may indeed elude recognition of offices but is not it surprising that the telephone numbers used to contact would-be victims could provide a clue to their whereabouts if the victims, once released, contacted the law enforcement agencies!

About two weeks before, another such swindling business firm in Shyamoli made headlines when a desperate female university student purportedly fell victim to sexual abuse when a male friend of hers -also a student from another university -connived with the fake business firm's boss to take advantage on her. Both of her abusers have been arrested when the girl complained against them at the police station. What emerges from such incidents is that the swindling gangs may be still at work in various shapes. They invent newer ploys and camouflages to avoid their intention and detection of their identities.

Sadly, the guile and cunning of the fraudsters are employed against the most vulnerable segment of people. For example, Lifeway had kept three tiers of 'security money' for employment starting from Tk 30,500. The next two tiers are Tk 40,500 and Tk 50,500. The higher the amount deposited, the better the job with higher pay scale. When a young man or woman from a poor family has to make arrangement for such an amount, s/he has to go extra length -at times selling the only saleables -in order to deposit the money. Similarly, Jubok and other MLM companies painted rosy pictures of higher returns on their investment. At times, they even paid initial interests at the promised rates to make their potential victims convinced. But all were small savers or in other words poor people who ultimately lost everything. A further stretch of this kind of gambling did not even spare the stock business in the country. Twice did the small investors bit the dust and one or two cases of suicide were also reported.

Clearly swindling gangs -some of them ruthless, brutal or sophisticated -have gone away with their ways. It is time the laws took their own courses in punishing the swindlers. Mere arrest or a short-term imprisonment will not be able to make the country free from this curse. First the swindlers who have manipulated --or are out to do so now -- the stock market should be meted out exemplary punishment. Precedents created by them are a clear incitement to swindling at the lower level.