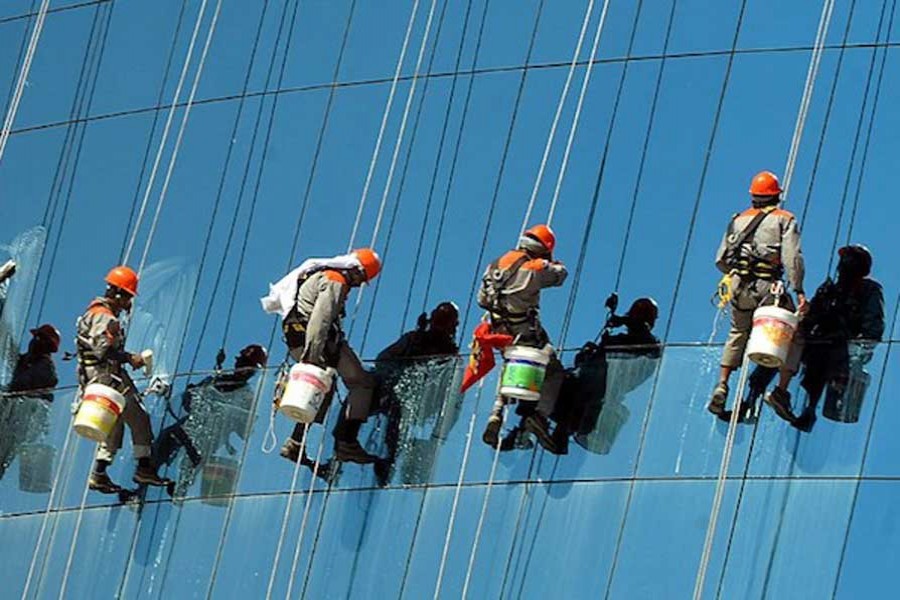 Thousands of 'illegal' foreign workers are now leaving Malaysia under an amnesty programme titled B4G (back for good).

Nearly 38,000 Bangladeshis, according to a report published in this paper Sunday, have already returned home and a few thousand more are expected to follow. The deadline for registration under the B4G programme is December 31 next.

As stipulated in the B4G programme, any foreign national staying in Malaysia illegally will have to register with the country's immigration with a valid return ticket and pay a fine of 700 ringgit (US$167) to get an exit permit. The persons concerned will be blacklisted and would never be allowed to enter Malaysia.

On expiry of the B4G, the Malaysian government is set to launch a countrywide hunt for illegal foreign immigrants. Once caught, an illegal immigrant might have to pay a fine of 5,000 ringgit and face a prison sentence up to one year.

The number of illegal Bangladeshi workers in Malaysia is sizeable. It is suspected that the vast majority of them would not avail of the B4G and carry the risk of being caught by the Malaysian law enforcing agencies.

Most such workers are avoiding the amnesty programme, at least, for two major reasons. Firstly, they have spent a large sum of money on Malaysian visa and they need to recover that amount and also earn some extra sum. Secondly, back home they do not have any job prospect.

Actually, as legal or illegal immigrants, the money they earn in Malaysia is meagre. For, most of them are unskilled and are engaged in 3D (dirty, dangerous and demeaning) jobs.

There is no denying that illegal immigrants are a problem for Malaysia. But the fact remains that they need foreign workers, at least, to do 3D jobs that locals are not willing to do.

Bangladesh has a vast pool of unskilled workers who are ready to go to any safe outside destination since jobs are very scarce at home.

Malaysia has already recruited a good number of Bangladeshis and it has expressed its willingness to take more on a number of occasions. But due to procedural complexities and alleged involvement of some corrupt people of both the countries, the recruitment process was halted time and again.

As recruitment of Bangladeshi workers was almost discontinued by some important Gulf nations, Bangladesh turned towards Malaysia with much expectation.  But despite having enormous potential, Bangladesh could not exploit it.

It is most likely that there would be a vacuum following the ouster of the foreign workers through the ongoing B4G. It might take in more foreign workers using legal routes, particularly to do 3D jobs.

The issue might arouse an uncomfortable feeling among many here that fellow Bangladeshis will be doing such odd jobs, but the fact remains that a vast majority of the migrant workers from Bangladesh are engaged in odd jobs in any country, be it in Malaysia or Saudi Arabia or the USA.

One cannot but deplore the desperation noticed among mostly unskilled workers even to secure odd jobs in foreign countries. The employment seekers do generally come from poor and low-income families and they are the easy victims of unscrupulous recruiting agents. A few hundred have met unnatural death over the years while being trafficked to Europe and the USA through sea and land routes.

Had the job seekers been genuinely educated and skilled, they would not have faced this much difficulty in getting jobs in many countries.

However, the countries, particularly in the Middle East, that have been importing skilled hands are now meeting their demands with locals. Their dependence on skilled manpower from outside is now greatly reduced. Besides, as a natural consequence, the pay package these countries are offering these days to outsiders also is not that much lucrative.

However, the gap in wages between jobs requiring unskilled and skilled manpower is relatively large.

The Bangladesh government has undertaken a number of programmes to produce skilled manpower. Some people have already received skill training under those programmes.

But the agencies concerned should first make an assessment of the skill-based needs both at home and potential external job markets. Imparting vocational training to people on skills that are low in demand will be of no use.

In addition to improving skill level, what is essentially needed is enabling the job seekers to communicate with outsiders.  The government should organise free-of-cost English language learning basic course for people wanting to be employed in foreign countries. This particular improvement is likely to make them more acceptable to their prospective employers. Knowledge in languages of the countries where they are seeking employment would also be yet another valuable addition.