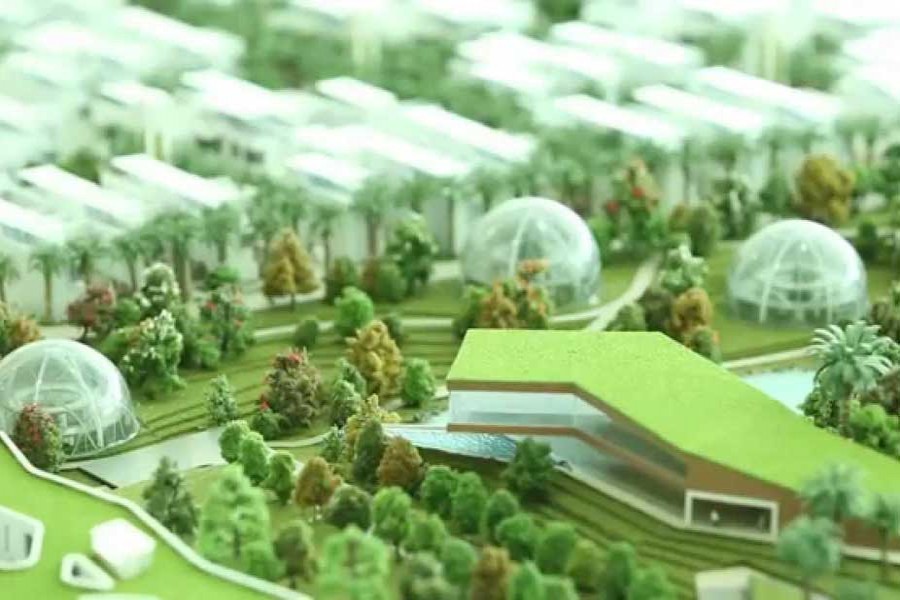 Challenges are aplenty in maintaining cities in a way that continues to create jobs and prosperity while not straining land and resources. Common urban challenges include congestion, lack of funds to provide basic services, a shortage of adequate housing and deteriorating infrastructure. The challenges cities face can be overcome in ways that allow them to thrive and grow, while improving resource use and reducing pollution and poverty. The cities are hubs for ideas, commerce, culture, science, productivity, social development and much more. At their best, cities have enabled people to advance socially and economically. The future should include cities of opportunities for all, with access to basic services, energy, housing, transportation and more.

The United Nations Conference on Housing and Sustainable Urban Development that took place in Quito, Ecuador during 17-20 October 2016 was the first UN global summit on urbanisation since the adoption of the 2030 Agenda for Sustainable Development. The Habitat III offered a unique opportunity to discuss the important challenges on how cities, towns, and villages can be planned and managed in order to fulfil their role as drivers of sustainable development, as well as how they can shape the implementation of sustainable development goals (SDGs) and the Paris Agreement on climate change. The world leaders adopted the New Urban Agenda, which set the global standards for achieving sustainable urban development, rethinking the way people build, manage, and live in cities through cooperation with committed partners, relevant stakeholders, urban actors at all levels of government as well as the civil society and private sector.

According to the United Nations Conference on Housing and Sustainable Urban Development, half of humanity - 3.5 billion people - lives in cities today. By 2030, almost 60 per cent of the world's population will live in urban areas. On the other hand, 828 million people live in slums today and the number keeps rising. It was also observed that 95 per cent of urban expansion in the next decades will take place in the developing world. Although the world's cities occupy just 3.0 per cent of the Earth's land, they account for 60-80 per cent of energy consumption and 75 per cent of carbon emissions. It was apprehended that rapid urbanisation is exerting pressure on fresh water supplies, sewage, the living environment, and public health. But the high density of cities can bring efficiency gains and technological innovations while reducing resource and energy consumption.

In this backdrop, the UN SDG-11 has set targets for ensuring access to adequate, safe and affordable housing and basic services for all and up-gradation of slums; access to safe, affordable, accessible and sustainable transport systems for all; improving road safety, notably by expanding public transports, with special attention to the needs of those in vulnerable situations, women, children, persons with disabilities and older persons; enhancing inclusive and sustainable urbanisation and capacity for participatory, integrated and sustainable human settlement planning and management in all countries; strengthening efforts to protect and safeguard the world's cultural and natural heritages; significantly reducing the number of deaths and people affected and substantially decreasing the direct economic losses relative to global gross domestic product (GDP) caused by disasters, including water-related disasters, with a focus on protecting the poor in vulnerable situations; reducing the adverse per capita environmental impact of cities, including by paying special attention to air quality and waste management; providing universal access to safe, inclusive and accessible, green and public spaces, particularly for women and children, older persons and persons with disabilities; supporting positive economic, social and environmental links between urban, peri-urban and rural areas by strengthening national and regional development planning; substantially increasing the number of cities and human settlements by adopting and implementing integrated policies and plans towards inclusion, resource efficiency, mitigation and adaptation to climate change, resilience to disasters, and working in line with the Sendai Framework for Disaster Risk Reduction 2015-2030 for holistic disaster risk management at all levels; supporting least developed countries, including through financial and technical assistance, in building sustainable and resilient buildings by utilising local materials.

Sustainable development depends more and more on the successful management of urban growth, especially in low-income and lower-middle-income countries, where the pace of urbanisation is projected to be the fastest. Today, 55 per cent of the world's population lives in urban areas, a proportion that is expected to increase to 68 per cent by 2050. UN projections show that urbanisation, the gradual shift in residence of the human population from rural to urban areas, combined with the overall growth of the world's population could add another 2.5 billion people to urban areas by 2050, with close to 90 per cent of this increase taking place in Asia and Africa.

The 2018 Revision of World Urbanisation Prospects produced by the Population Division of the UN Department of Economic and Social Affairs (UN DESA) notes that future increases in the size of the world's urban population are expected to be highly concentrated in just a few countries. Together, India, China and Nigeria will account for 35 per cent of the projected growth between 2018 and 2050. By 2050, it is projected that India will have added 416 million urban dwellers, China 255 million and Nigeria 189 million. The urban population of the world has grown rapidly from 751 million in 1950 to 4.2 billion in 2018. Asia, despite its relatively lower level of urbanisation, is home to 54 per cent of the world's urban population, followed by Europe and Africa with 13 per cent each. Today, the most urbanised regions include North America (with 82 per cent of its population living in urban areas in 2018), Latin America and the Caribbean (81 per cent), Europe (74 per cent) and Oceania (68 per cent). The level of urbanisation in Asia is now approximately 50 per cent. In contrast, Africa remains mostly rural, with 43 per cent of its population living in the cities.

The urbanised areas of Bangladesh are expanding, and 34 per cent of the total population now lives in urban areas. The remainder live in rural areas. The growth and expansion is evident when comparing this data to the figures from 1960, which showed 95 per cent of the population living in rural areas. As urban boundaries expand and more natives move to the cities for greater employment and educational opportunities, the number of residents living in rural areas is likely to decrease in the future.

SDGs demand concerted and collective efforts with strong political commitment at all levels. Despite a strong will to maintain a healthy environment and planned development, Dhaka city authorities are struggling to fulfil SDG Target-11.6 of the UN agenda. The city corporation authorities have repeatedly vowed to make Dhaka a clean city. Some urban health and environmental fact-sheets of World Health Organisation (WHO), research papers and indicators of other international organisations also attest to the poor management of Dhaka city's solid, medical and liquid wastes. The waste management authorities of Dhaka North (DNCC) and Dhaka South (DSCC) City Corporations attribute the situation to the scarcity of modern waste management equipment, saying that they almost fully depend on the traditional waste management system. Aiming to meet the SDG target, the DNCC and DSCC waste management departments took up various projects in collaboration with the ADB, JICA and the Local Government Division. But, the projects, mainly focusing on public and environmental health development, are progressing very slowly.

According to the State of Global Air 2017, India and Bangladesh have experienced some of the largest increases in city pollution matter (PM-2.5), leading to 122,400 deaths in Bangladesh in 2015 alone. In 2016, Bangladesh saw 51 days of 'extremely vulnerable' air quality, according to the Department of Environment (DoE). In early 2017, PM-2.5 and PM-10 levels in the capital were 8-13 times higher than what experts deemed safe. In the global context, the WHO says Dhaka ranks 44th in terms PM-2.5 pollution, and 71st in coarse dust pollution (PM-10). A recent WHO report said health-focused urban design can roll back the epidemic of non-communicable diseases (NCDs), making cities a bedrock for healthy lifestyles, as well as climate-friendly and resilient. WHO's new Urban Health Initiative provides a model for the health sector to contribute to healthy urban planning and policies in accordance with the 2030 agenda for SDGs.

Dr Muhammad Abdul Mazid is formerly a Secretary to the Government and the Chairman of NBR.